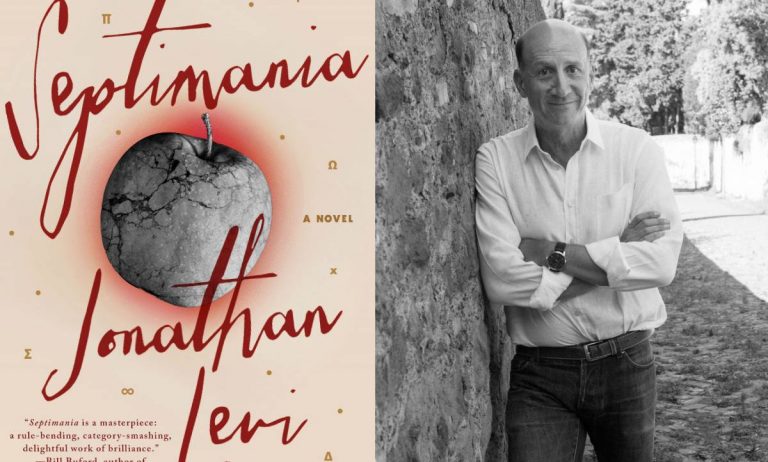 is Jonathan Levi’s first novel since his highly renowned first novel, A Guide For the Perplexed

, published in 1992. With Levi’s return to the writing of prose, he dazzles readers with a magical tale about love intermingled with elements from religion, science, music, and, of course, history.

Once all of these elements are assembled, readers are enchanted by Levi’s extraordinary storytelling skills. Although Septimania withstands definite genre classification, once stripped down, this is a novel about an exceptionally strong love between an extremely fortunate man and a mathematical genius of a woman.

In the afternoon of 1978 in Cambridge, England, our main character, organ tuner, Malory loses his virginity to a vibrantly intelligent young woman named Louiza. Following the disappearance of Louiza soon thereafter, Malory follows her path to Rome. Once in Rome, his plan to find the love of his life is quickly redirected in another direction. It is revealed upon his arrival that he is the heir of the secret Kingdom of Septimania, that was given to the Jews in eighth-century France. Bewildered by this new installment in his life, Malory is launched into many directions within the madness of kidnappings and bombings in Rome during the Red Brigades. Crowned now as the King of Jews, Holy Roman Emperor, and however possible, ruler of all of Islam, Malory’s life is taken by storm and nothing is what it ever seemed to be. Driven by obsession, Malory is further taken off course of finding the love of his life. Until many years later he embarks on yet another journey to discover the whereabouts of Louiza.

Louiza, on the other hand, is still as exceptionally fortuned as Malory, just in more of a neuropsychological way. Misfortuned by dyslexia when she was younger, Louiza quickly picks up on the fact that connecting mathematical terms to letters is the one and only way that she is able to read. Similar to the condition of Synesthesia, the condition of being able to connect letters and objects to other senses; Louiza’s true passion for mathematics drives her to charming the already smitten Malory in love with her.

In this chillingly alluring novel, readers will be hooked indefinitely to Malory’s wandering of obsessive pleasures as well as his quest for the element that has been missing from life for such a great amount of time. And that element is the love that he shared with Louiza. As readers near the final pages of this phenomenal novel, they will find it impossible to accept that they must part with these character’s stories. But once the ending arrives, readers will close Septimania with the newfound excitement that is born again by lusting to reread Malory’s adventure once more, or twice, or maybe infinitely over and over again.

Even without the knowledge of history and science, everyone can appreciate the sublime story arc that is presented by none other than the skillful Jonathan Levi and how he masterfully crafts such vibrant characters that feel incredibly tangible.