BOOK REVIEW: ‘Once Upon A Scream’, Edited by Dan Shaurette 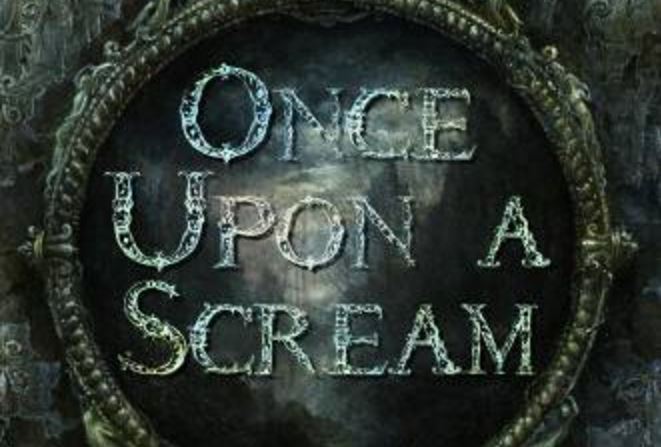 In recent times, fairy tales have become somewhat sanitized through their popularization. Dan Shaurette chooses to counter this through Once Upon a Scream, an anthology of fairy tales that seeks to go back to darker roots. Shaurette’s anthology aims to explore more than the fantastical; to delve into the very horror of fairy tales. The collection does not let down Shaurette’s vision, with each tale drawing on the genre of horror in varied and innovative ways.

The anthology opens with a gruesome take on the tale of Rumpelstiltskin, entitled The Black Undeath. It’s brimming with vivid imagery that gives the story its distinctive uncanniness:

“His blackened fingers were twisted bulbous knobs, terrifying claws that reached toward the baby covetously. The distinctive smell of rot rolled out in front of him, infiltrating her nostrils and coating her tongue.”

Other stories beget similarly vivid, horrifying and disturbing descriptions. One of these, Mr. Shingles, takes inspiration from Korean folklore when two brothers go out in the hunt for a Dokkaebi who might grant them a wish they can use to save their sister’s life. Not only does the short story manage to be action packed and interesting; but it’s vividly stunning in its descriptions of the Dokkaebi; whilst managing to capture an eerie element as the story itself unfolds.

Many stories in the anthology borrow from the familiar, turning the stories of childhood fairy tales into unnerving tales of horror. Among these is the story of Cinderella, where our young protagonist bears little resemblance to her Disney, or even her Grimm’s brothers, counterpart. Instead, Cinderella is the cruel aftermath of her mother’s greed. Like her mother before her, our young protagonist makes a deal with her “godmother,” and deals with the terrible price that magic comes with. Another story, Without Family Ties, plays on the story of Pinocchio. Incorporating African beliefs, the story follows Jojo who is desperate for an heir; desperate enough to turn to magic for help. However, the magic, mixed with Jojo’s own blood, gives rise to a nkisi, a wooden boy. But when the wooden boy is taken by thieves from Jojo’s shop, he fears what he will do in order to finally become a real boy. The story is ultimately dark and harrowing.

Other stories within the anthology play with familiar fairy tale creatures, exploring the dark undertones that they may in fact possess. Among these is one entitled Gollewon Ellee, which leaves one young girl fearing for her life when her curiosity leads her to find the Gollewon Ellee, or fairy lights. Another tells the horrifying tale of the tooth fairy and how s(he) came to be. Perhaps one of the most unique tales in the anthology is Nothing to Worry About. The story stands out due to its fantastic incorporation of humour, while still managing to convey a sense of foreboding throughout.

The anthology contains eighteen unique stories, each managing to be thrilling, suspenseful and surprising in their own merit. One of the greatest achievements of the anthology is the seamless way that each story seems to flow into the other. Though every writer brings to the table their own unique voices and styles of writing, the stories simply work together.