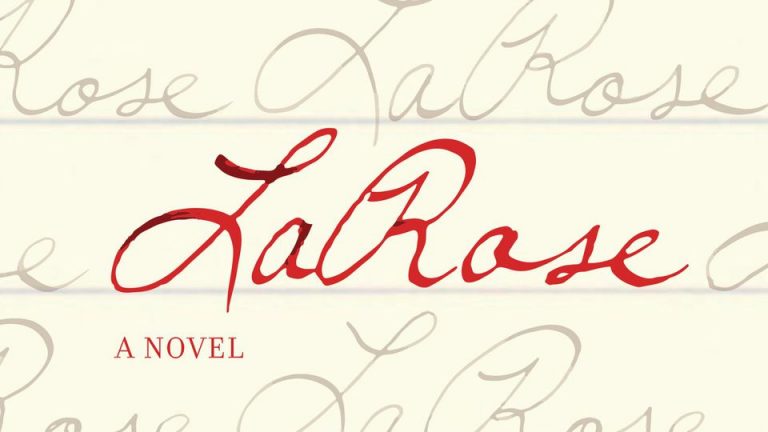 LaRose is the story of two neighboring families who live on either side of the Ojibwe Indian reservation border in North Dakota. There are the Irons—a native family who live within the reservation and practice traditional ways—and the Ravichs—a family of European descent—who live just outside the reservation. Although the mothers of each family are half-sisters, because of this borderline that runs between them their children go to different schools and they live very different lives, until a great tragedy forces them together and makes them share a child.

LaRose is a novel comprised of many themes. Metaphors are everywhere, sometimes prominent and striking, other times hidden and buried. It is a thinly veiled indictment against manifest destiny and a lament on the wrongs perpetrated by European settlers on the natives (Erdrich goes so far as to even include quotes by Wizard of Oz author L. Frank Baum saying genocide was the only real solution in dealing with native Americans). It is also a heartfelt meditation on loss and healing, forgiveness, sacrifice and revenge. It is a story of war, the 2003 Iraq war whose tactics of shock and awe echoes from televisions, the war of childhood friends turned bitter enemies, and the wars gangs of children declare upon each other. A master storyteller, Erdrich weaves a web of narratives together, effortlessly moving from the 1800s to the early twenty-first century, creating a quilt of stories that is much more than the sum of its parts.

She handles her iconic magical realism with a deft of hand she has become famous for, creating a place where ghosts, disembodied heads and dream worlds are so common as to be mundane and characters often barely bat an eye at them.

She takes a few amusing swipes at Catholicism. Referencing the pedophilia scandals that have rocked the church, having a priest break his vows of celibacy, and even naming one priest “Dick Bohner” (a rather juvenile stunt for such an elegant writer that, while it did make me laugh out loud, really surprised me and threw me off).

She writes with a cerebral and visceral quality that at times felt a little sloppy, like a first draft. Having just won the National Book Award with her last novel, The Round House, I found myself wondering if her editors were giving her carte blanche with her prose. Phrases like “the pathless path”—while being poetic—came off as pretentious to me. It makes no sense, is it a path or not?

There were also a few loose ends and unresolved issues. The ending was so full of hope and redemption, such an over-the-top affirmation of life, as to really bug me. While the rest of the novel was full of ambiguity and characters making questionable choices, the ending lacked any mélange or multiplicity of theme, being utterly positive with no lurking dark shadows.

These issues aside, LaRose is another great addition to her amazing body of work and fans of Louise Erdrich will surely be delighted to once again enter her poignant and magical world.