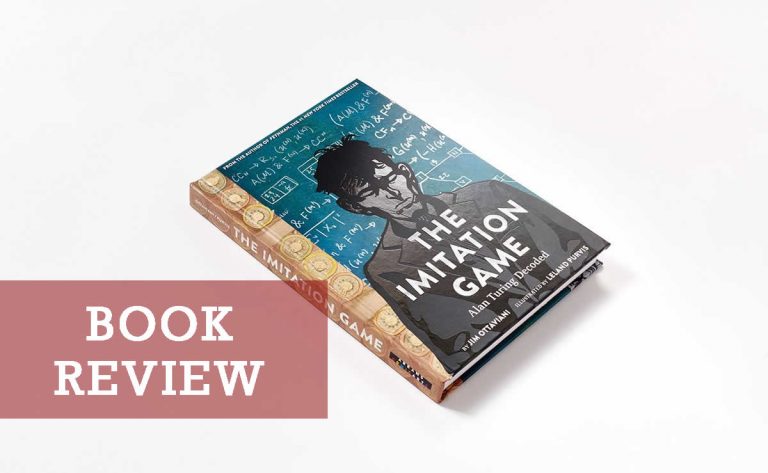 After the success of the film The Imitation Game, a new wave of interest was shown for mathematician Alan Turing.

Turing was a mathematician whose brilliance was neglected in the past, with his discoveries and work laying the foundation for modern day computers, as well as helping the country in the war. Unfortunately, despite receiving an OBE, Turing was persecuted by the government for his homosexuality and received treatment.

The Imitation Game is a collaboration by Jim Ottaviani and Leland Purvis, who wrote and illustrated this graphic novel, respectively. The graphic novel covers everything from Turing’s childhood to his death, and the combination of artwork and writing works well. There are two stand out things that are commendations to the two creators; the tone of voice for the narrator and the detailed artwork reflecting Turing’s thoughts.

A strong narration that shows people that knew Turing appear, and for a reader not familiar with Turing and his life, may initially be confusing – it stops The Imitation Game being a simple showing of Turing’s life and is a clever representation of it, breaking up a standard linear quality. Furthermore, the artwork of Purvis that shows Turing while doing his equations saves the reader from both a boring origin representation, as well as a cliché formulation of ideas that are often seen in music biopics.

The Imitation Game’s only fault is that it plays it safe. It doesn’t show us an angle on Turing, nor how his work might have affected him and those around him, just who he was and the injustices that were committed against him, leaving the reader to formulate their own opinion. This isn’t necessarily a lens to view Turing through, but more so a window so we can become more familiar with Turing.

By the end of it we have an overview of his life, and as good a one as we can get without intensive research. The book also lets us into personal touches of his, such as games and hobbies he would enjoy, so we’re not just simply introduced to the myth of Turing, but the real Turing.

Nonetheless, the creators of The Imitation Game are confident to say that Turing would have achieved great work if he lived longer. The Imitation Game succeeds in teaching the reader about Turing and his work in an interesting  and insightful way. Even if it’s not breaking new ground in how it tells the story, it’s noteworthy for the solid way that they do so.