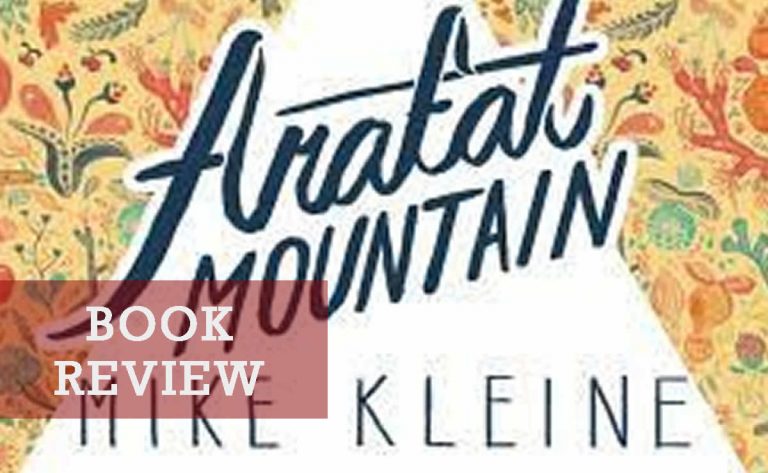 (Disclaimer: I’ve helped organize a reading Mike Kleine did in the past, and I’m listed in the acknowledgments for this book.)

Arafat Mountain is a difficult book to summarize. There’s a lot going on in these 150 pages. The best I can come up with is that it’s about the end of the world. Even then, that’s only part of it. This book is a series of vignettes, prose poems, and deconstructed narratives that revolve around cosmic destruction, the titular mountain, hunting and destroying the gods, movies and the media in general, and death. A possible way to look at it, if one were to attempt to wring a plot out of the book, is that it’s about an apocalypse that’s so all-encompassing, it’s destroying the book itself.

There are several reoccurring characters and locations. Arafat Mountain itself is the most obvious. Its name seems to come from Mount Arafat, a mountain where the Islamic prophet Muhammad is said to have delivered one of the final sermons of his life. In Kleine’s novel, the mountain is both a refuge from and a center of the end of the world. It’s both part of a mountain range and an island. It’s an outpost for scientists, a Sadean castle full of slaves, and a resort.

“A black hole finds god and eats him. After that, Arafat Mountain.”

In the book itself, the above quote has a strikethrough in “god” and “him.” This is another recurring part of the Arafat Mountain. Any reference to a god or a god-like character is crossed out. There are many ways this could viewed. Transgressive blasphemy, absolute metaphysical collapse within the world of the book, that the death of god is the death of any kind of meaning.

What I’m trying to get at is that this book is heavily open to interpretation. This is not to say that it’s not enjoyable on a surface level. One could argue about the “meaning” of it all day, but it’s hard to deny that Kleine can create some very striking images with his simple prose.

“Somewhere in Andalusia, Derrick has a Technicolor dream. In his dream, Arthur stands tall and stalls,. Then, he walks straight into the Caspian sea. His body sizzles. The skin falls from off his back. The muscle burns. The sky turns a fuzzy wuzzy burning green. The music plays louder. You can see every bone. Everything turning red hot. Smoke everywhere. The Arthur screams. Derrick screams. Zodiac screams. Martha screams. And in the room next door—where the audience is sitting and waiting and watching—the real Arthur wakes up and screams. Then he does another dream.”

This book can be enjoyed as a psychedelic mind fuck for a couple hours, or for days looking up all the references and trying to piece together the meaning. Either way, it’s clear that Kleine has created something truly special with this book.