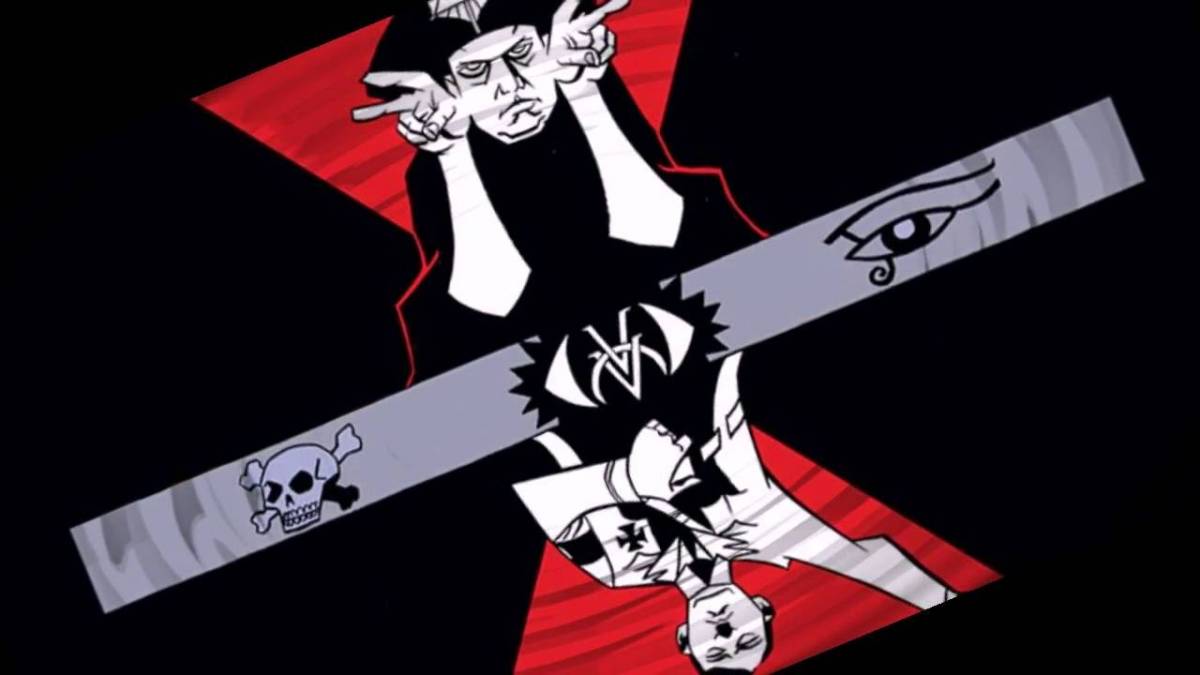 Aleister and Adolf by Douglas Rushkoff and Michael Avon Oeming is the graphic retelling of occultist Aleister Crowley’s secret role in Britain’s stance against the rise of Nazi Germany. The occult and World War 2 make excellent comic book bedfellows, and this book had all the potential to be amazing but ultimately falls short for a number of reasons.

Rushkoff, a noted author and theorist, struggles with expressing this story in comic book format. Avoiding spoilers, the easiest way to explain this is in analysing the beginning and ending. Our titular antagonist, Crowley, doesn’t show up for ten pages, (Hitler is hardly present in the comic, but defines a lot of the action). Instead, the start of the book is a convoluted mess. Starting with a web designer in the 90’s motivated by his boss to meet an archivist to seek out a former employee who then recounts the story of his time spent with the “Great Beast”. This disconnect reduces the investment in the characters and serves only to justify the author’s heavy-handed yet impotent ending.

The middle of the book is as confused. As a representation of what Roberts, the book’s actual protagonist, feels during his time with Crowley, it’s admirable but once again destroys any investment in his character. Crowley himself, arguably the reason most will want to read this book, is presented as a force of nature; a genius madman outside the realms of understanding. He is cruel yet charismatic and very much the Crowley of the public’s consciousness. This is another problem with Alesteir and Adolf. The potentiality of the story delves no further into Crowley than his Wikipedia page and lacks the courage to attempt to bring him to the front of the stage. The selling point of “The Wickedest Man in The World” taking on “History’s Greatest Villain” fails to manifest as we’re instead given a confused man watches an unknowable man remotely battle a distant man.

All of this is an attempt to explore the power of belief in symbols and images, one of the highlights of the book. Oeming’s ability to turn from flat black and whites of the real world into the surreal watercolours of the magical ritual and realm is a real saving grace. At points, it’s a washed out psychedelia that manages to capture an esoteric grimness. Likewise, the symbology, though sometimes overused, can hit you like a sledgehammer and when used correctly adds the feeling of depth to the story that is missing in the plotting and characterisation. Similarly, Oeming’s cartooning is expressive: when Crowley is creepy he is sinister, when he is mad he is furious. However, outside of the Crowley and Daphne, the characters, including Roberts, can be easily confused.

Though Aleister and Adolf is not without some merits, it feels as though the writing took a few missteps and failed to construct a compelling narrative. The structure wastes time and either needed more room or to be rethought. You would either have to have no previous knowledge of Crowley or be a Crowley completionist to get much out of this book.