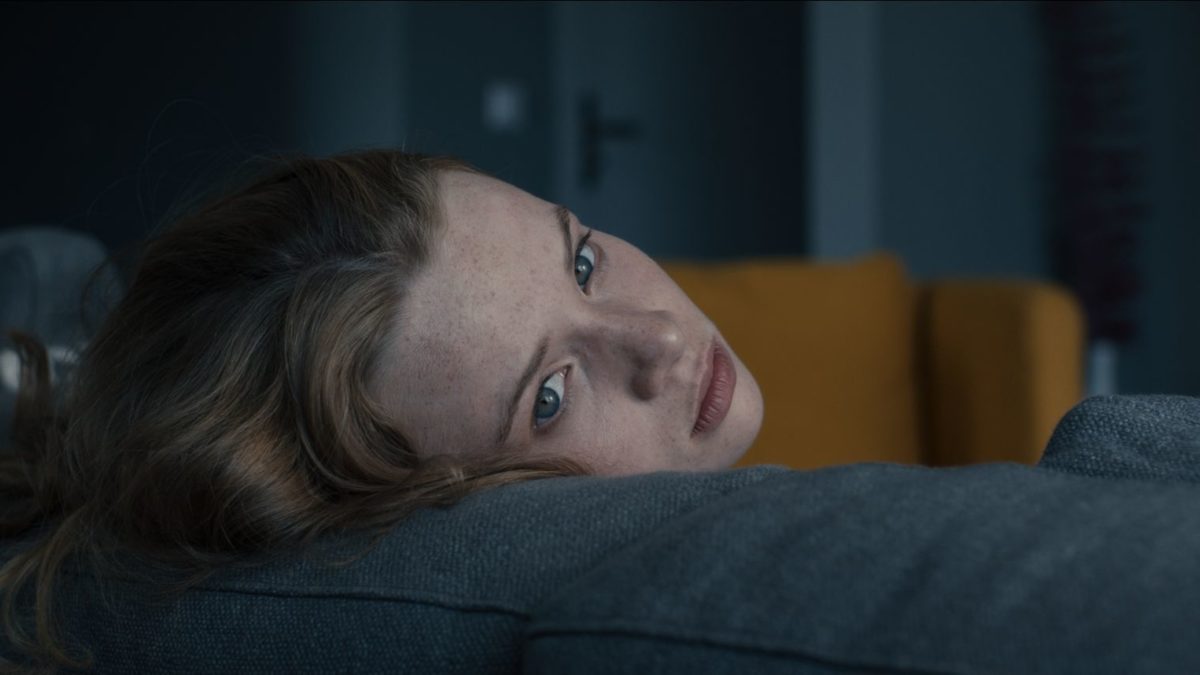 Puberty is a perpetually disorientating time. Your hair is growing, your hormones are raging and your voice is changing. You become sexually aware of yourself and others. You’re at high school and you have to balance your own sense of self with what is expected of you by your peers. Spare a poor moment for Mia (Luna Wedler) then, who upon getting her first period, notices her feet are webbing together. This is the premise of Blue My Mind, a magic realist coming-of-ager that finds a fresh way to dramatise the travails of youth.

Mia has moved to a new school in Switzerland. She’s immediately eager to fit in the cool kids, led by Gianna (Zoë Pastelle Holthuizen) – who, as popular culture must decree, is blonde and flanked by two darker-haired girls slightly shorter than her. Despite initially being berated by these girls as a bimbo, Mia persists and is eventually let into their clan. Perhaps typical of cool 15-year-olds, these girls smoke and like to go shopping. Not so typical: they do drugs, have sex, and steal clothes from the mall. Mia, who at this point is yet to have her first period, finds all of this terrifically exciting. The key conflict of the movie is how she balances her sexual desire and need to fit in with the cool kids with the dramatic physical changes happening to her body. Perhaps they are linked together?

Monstrous physical transformation as a metaphor for puberty is an apt one, as puberty is already a monstrous physical transformation. Writer-director Lisa Brühlmann uses this change not only to comment on how Mia’s body is adapting, but to also stress the sense of difference one can feel at high school, where being made to feel like an other is often the norm. The movie depicts teenage life with a frankness that would make the creators of Skins blush, not only depicting the usual party clichés, but treating drugs and sex as something completely embedded within this Swiss town’s teenage cliques.

Using a handheld camera with a widescreen format, the frame almost always focuses on Mia. We see the emotions playing out on her face more than what is occurring to her body, making this is much a psychological change as a physical one. It’s in the narrative construction that Blue My Mind falters, leading us through fairly predictable scenarios that can be picked up a mile away. The drama should be used here to heighten how Mia feels, but there’s only so many scenes of her downing vodka one can watch without it feeling rather contrived.

The film could’ve also benefited from some wider context. One of the earliest scenes is in history class, where a Balkan student complains that it’s hard to get a job in Switzerland if your name ends in “-ic”. Despite him later playing a small part in the story, the racial dynamic between second-generation former Yugoslavians and Swiss natives is never explicitly picked up on again. Mia, of course, is Swiss-German and privileged, yet the film never examines or critiques that aspect either in any interesting way. The gender dynamic is more intriguing, with the way boys treat girls and take advantage of their sexual confusion depicted in ways that just skirt the right side of trauma porn. While not as horrific or as well-staged as Holiday, which just played at the London Film Festival, this is another unsettling depiction of male entitlement that doesn’t feel like exploitation to me, perhaps only because it was directed by a woman.

As Brühlmann’s first feature, there’s a sense she’s trying to lay on some things too thick (drugs! sex!) while being too relaxed with regards to narrative urgency. Nonetheless, Blue My Mind is a noble debut from the Zurich-born director, a flight of metaphorical fancy that reminds us that perhaps being a fish is better than being a teenager.