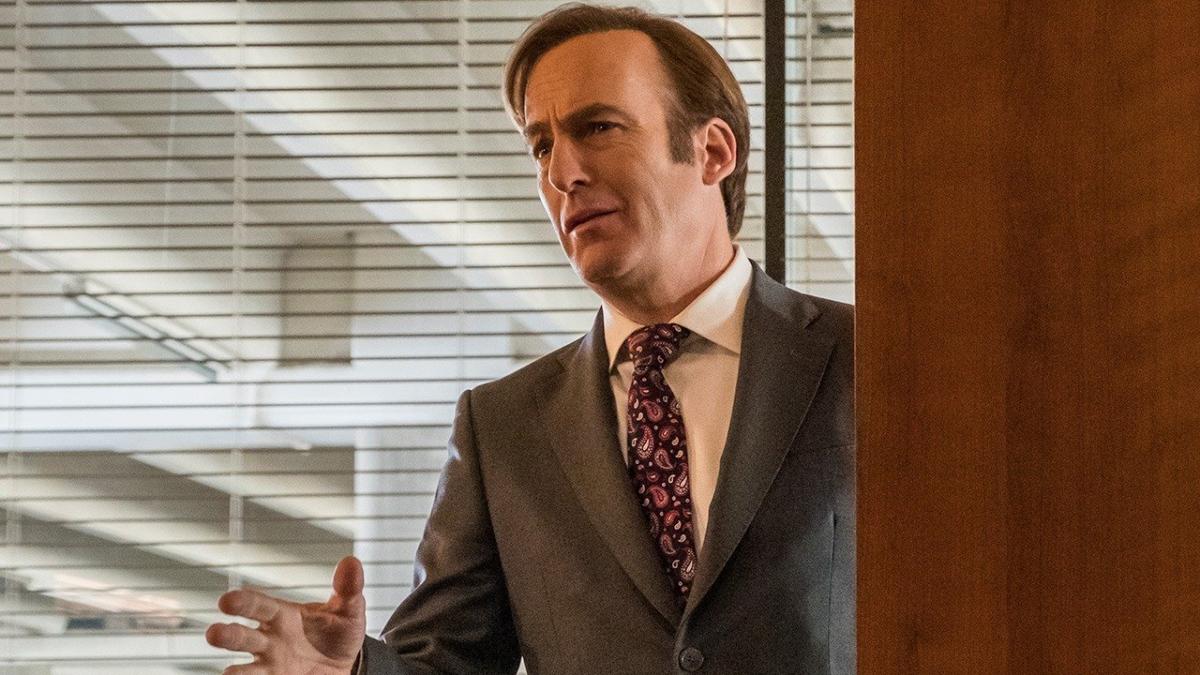 My apologies, as this week’s review begins with more of a memorial of Chuck and a retrospective of last week’s season premiere. “Smoke” was one of those episodes that benefitted greatly from an extra seven days of contemplation – it’s largely why I’ll advocate for a weekly episode release as opposed to a single night series binge when it comes to some shows – all that said, bear with me.

We didn’t get to see Chuck’s body. I’m still not over that. It’s a fact perpetrated by Howard Hamlin – he was sparing Jimmy the pain, but, in all reality, he was preventing him from feeling closure. But this also isn’t unusual behavior for Better Call Saul, a show exercising much more restraint than its parent series Breaking Bad which would go so far as to show us the hand of a dead child, as the writers wanted to show us the terrible consequences of Walter White’s actions.

With Jimmy, though, the writers don’t want us to see the dead bodies. We saw Marco suffer a heart attack and die in an alleyway in Season 1, but they never showed us the funeral or a coffin. We never got to see Jimmy say goodbye. We only saw him wearing Marco’s ring, and in doing so, it allowed Marco’s Season 2 flashback to feel all the more powerful. Anytime we see his ring on Jimmy’s pinky finger, we’re reminded of what that person meant to him.

The only time we get to see someone killed is when the writers want the characters to feel the weight of their actions. After toying with Hector Salamanca, Mike sees the truck driver get shot and buried in Season 2. After pulling out his gun in “Breathe”, Nacho sees his partner get suffocated with a zip-tied plastic bag. Both Nacho and Mike are being taught a lesson.

So, I get it. Chuck’s death is not Jimmy’s fault. And by not seeing Chuck’s body, his absence becomes more of an overarching invisible presence through Jimmy’s actions.

Chuck was such a heavyweight, though. He was arguably one of the strongest characters of the whole Gilligan & Gould ABQ universe, and Chuck being gone feels like a huge sucking vortex, like a massive gas giant has suddenly collapsed and went supernova, and now we watch as his matter is ejected out into space over the course of a whole season. 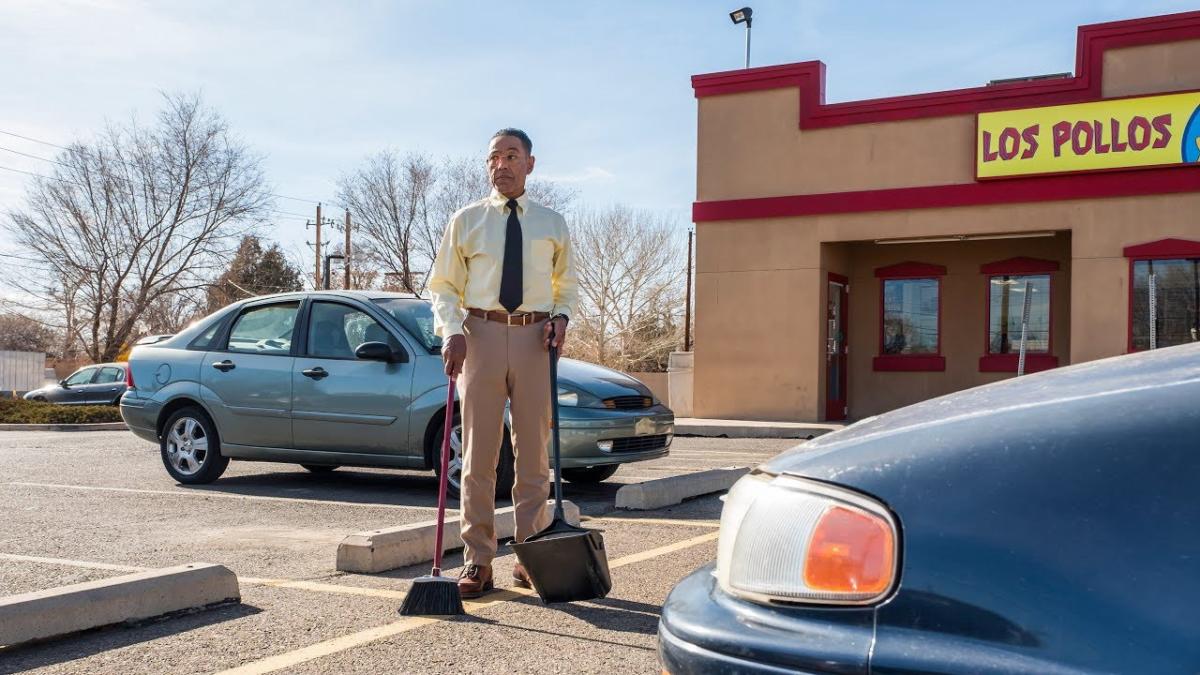 Why kill Chuck? It’s a question I’ve asked myself since Season 3 wrapped. I know the writers didn’t take this decision lightly – they had discussed it somewhere during the beginning of the season and they made the decision at the mid-point. Then in one fell swoop, we lost a brilliant character and witnessed another having a stroke – two powerful men, both still arguably just as powerful in their reduced states – Hector Salamanca still exists and will have an effect on Tuco and the DEA and eventually Gustavo Fring, while Chuck is condemned to death, where he will eternally torture his brother.

I just wasn’t ready to say goodbye to Chuck McGill, and maybe it’s my own bias toward an acting titan such as Michael McKean. At least it’s likely that we’ll see Chuck in flashbacks. It’s a given when Breaking Bad offered most of its characters posthumous returns – Combo, Gale Boetticher, and Jane Margolis, for example – and Better Call Saul is that next-level promise that all of the characters we watched die still have interesting stories to explore – Mike, above all, has developed into a man with longstanding grudges toward the Salamanca family, adding motives and emotional payoff for any of his actions during Breaking Bad. And, as previously mentioned, if you were to watch Breaking Bad now, you’d notice Marco’s ring on Jimmy’s pinky finger and think, “Hey, he’s not totally Saul Goodman. Jimmy McGill is still in there somewhere. Where is he?” There are just some questions we only know to ask when death presents itself.

So, where is Jimmy this week? Last time we saw him, Howard confessed that Chuck’s battle with the insurance company had led to a bitter disagreement and Chuck’s forced retirement. This was the result of Jimmy telling the insurance company about Chuck’s nervous meltdown in court, but what does Jimmy do? He says, “Well, Howard, that’s your cross to bear.” And he whistles while pouring a fresh pot of coffee.

Jimmy became more like his brother in that moment, delivering an almost identically cruel line when compared to Chuck’s final words to him: “You’ve never mattered all that much to me.” It’s a line of cruelty coming from someone who is emotionally bankrupt and afraid to appear vulnerable. For Chuck, emotional bankruptcy manifested as a crippling anxiety over electricity. For Jimmy, it means turning into more like his brother, a man with no regrets. He’s essentially telling Howard, “You feel responsible? Well, join the rest of us.” 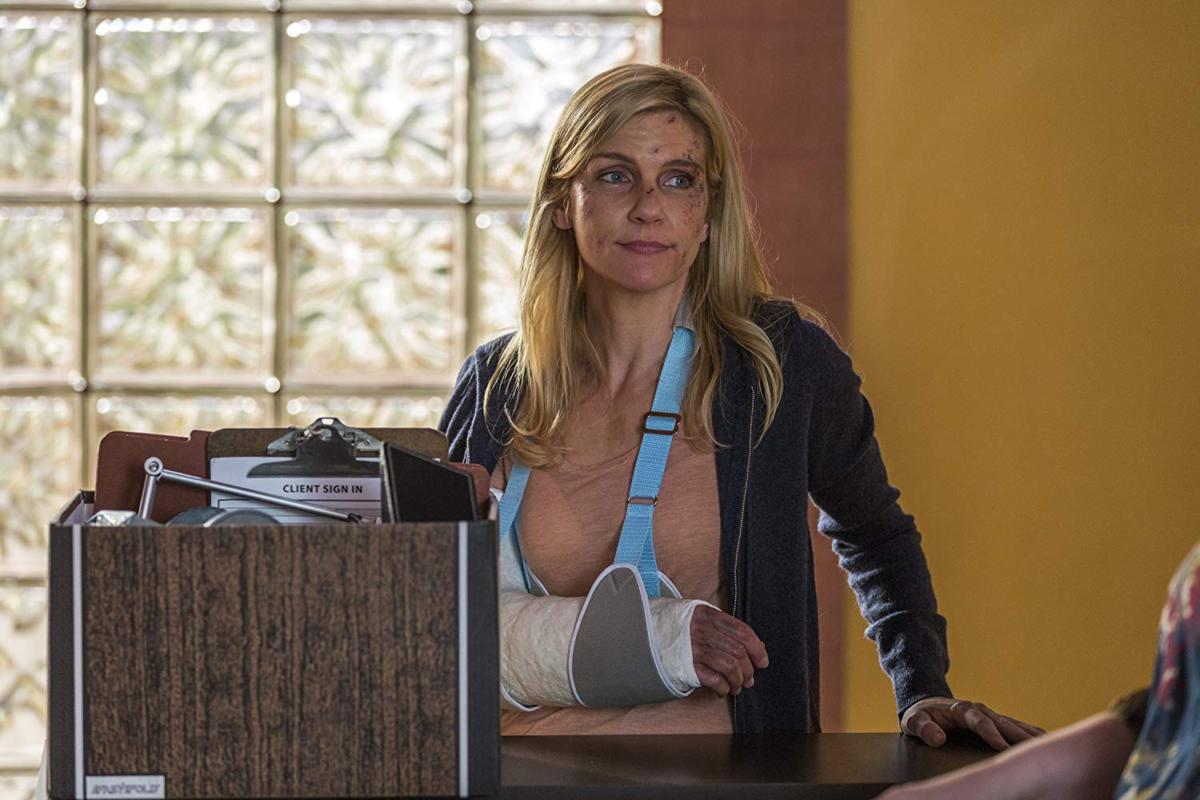 This week’s episode (“Breathe”) was written by Thomas Schnauz, a real heavy hitter on the show who penned seven episodes total for Better Call Saul and seven others for Breaking Bad – and the writing shines through this week, being one of the more deeply written episodes in recent memory. We see one of those Hummel figurines, a callback to Season 1 where Jimmy was tasked with cataloging all of Mrs. Strauss’ Hummel collection in preparation of her will.

Sure enough, this episode we’re seeing Howard execute Chuck’s will – a scene that gives us another stellar moment with Kim (I can never get enough of Rhea Seehorn) who clearly understand the raw deal that Jimmy has been cut in his family life – so what’s the Hummel figurine got to do with all of this? It was the beginning of his Elder Law career, the career that he gave up at the end of Season 3 by outing himself in front of Irene and her friends.

And it’s clear that Jimmy is still kicking himself over having manipulated Irene in the first place. He knows how powerful he is, how he can wheel-and-deal his way into or out of any situation – we watch him do an interview for a copier salesman position, charm their socks off, then walk right back and convince them to hire him on the spot. What does he do next? He tells them they’re suckers. And he feels sorry for them. That’s the truth. He does feel sorry for anyone who falls for his own tricks. Jimmy McGill is the “chimp with a machine gun”, as Chuck so aptly phrased it, and he doesn’t even need a law degree to mow down his opponents.

So, of course, Jimmy doubles-down and calls Mike up, saying, “I’ve got a job for you”, seemingly planning on stealing that Hummel figurine. He’s taking Chuck’s final bit of advice from the Season 3 finale: “Why have regrets?” When he continues to bend the rules over and over, why torture himself and feel bad about it? Embrace his inner nature! Of course, the heartbreaking thought is imagining what chain of events this single decision could lead to, and how will it jeopardize his relationship with Kim?

Among many things, Better Call Saul can be viewed as a tragic love story – after all, Jimmy and Kim’s relationship embodies everything that Chuck and his wife Rebecca could never have been together – or perhaps, Chuck did have that sort of love once and he squandered it for a career – perhaps, he saw his brother headed down the same path, and so Chuck constantly tried thwart him, to stop this “chimp with a machine gun” from destroying a beautiful thing. Simultaneously, you could argue that Chuck fought Jimmy for only the most selfish reasons. And for all those reasons that Chuck was envious of his brother’s charisma, it had never occurred to me that he might also have coveted Kim’s undying loyalty toward Jimmy. Chuck had fought hard to become the man he was, as Howard exemplified in his obituary, and yet Jimmy is truly the man who has it all. Jimmy has Kim.

But Jimmy does not see himself as the man who has it all. In his copier salesman interview, he brings up the term “opportunity costs”, defined as “the loss of potential gain from other alternatives when one alternative is chosen”. What a great summation of Jimmy’s chain of predicaments: anytime he chooses to do the right thing, it screws him out of a monumental potential gain – we saw this play out from the beginning in Season 1, where the Kettlemans offered him hush money and he took it, but then he wound up returning the money. He even told Mike at the end of the Season 1 finale, shortly after Marco’s funeral: he could have taken all that money from the Kettlemans and ran with it, and, instead, he did the right thing. This time, he’s determined not to make the same mistake twice. No more regrets. No more feeling bad. Now’s the time to bend some rules.

– Another integral role to this show which I failed to mention in my review of the premiere was editor Skip MacDonald’s choices – there are arguably even more important decisions made within the editing room, and while it’s impossible to know what all of those decisions are, there was a unique example of character inclusion/exclusion at Chuck’s funeral – we see Jimmy’s old boss Cliff of Davis & Main, and we see Rick Schweikart, attorney of Sandpiper Crossing, and there are a few other familiar faces, but they’re all featured within an out-of-focus background or at some crude angle, with Jimmy sitting in the foreground. I imagine there was a lot more coverage shot beyond these images, but whomever sat in the editing room decided that these out-of-focus shots spoke much more to the script’s subtext.

– Michelle MacLaren returns to the directing chair! And with “Breathe” she killed it again. This is only her second episode of BCS, but she directed 11 episodes for Breaking Bad where she had the privilege of exploring what Madrigal Electromotive looked like, so I guess things are really coming full circle.

– Howard is truly himself now. No more charade. No ulterior motives. As emotionally rewarding as it was to see Kim unleash in front of Howard, I felt bad for him. He clearly suffers from an identity issue, having to juggle his now-deceased-firm-partner’s affairs even if they conflict with his own morals. I hope we get to see more of Howard unravel, see the real man behind the expensive Hamlindigo-blue suit.

-We got to see Dr. Barry Goodman again! He was the doctor who saved Gus’ life in Breaking Bad after Gus had poisoned Don Eladio. The only other time we’ve seen Dr. Goodman in BCS was in the equally superbly written episode “Sunk Costs”.

– Speaking of “Sunk Costs”, let’s review the definition (taken from my own Season 3 review): an economics term relating to costs that cannot be recouped—or in the case of BCS, choices that cannot be taken back. Another economics term is “prospective cost”, a cost that can still be changed depending on future actions. So where are we now in Season 4? Are we past the point of no return?