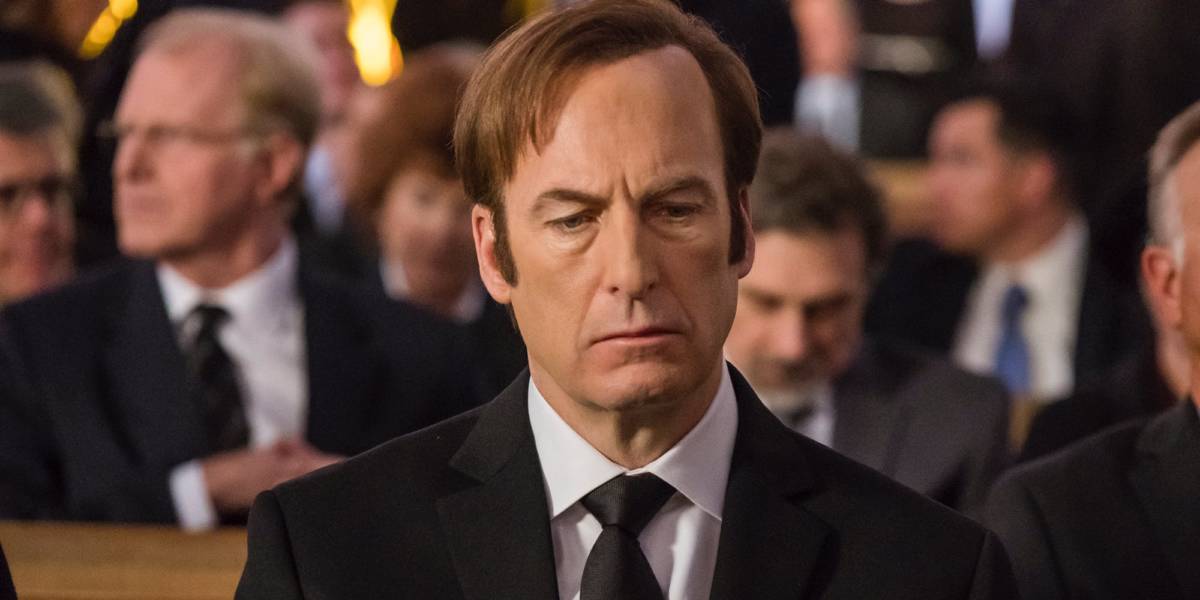 This might be the first time where a Better Call Saul episode’s direction felt by-the-numbers. It doesn’t feel good saying that. All of the actors served the usual top-notch writing, but something felt off. Maybe it was the lighting. Maybe it was a different camera lens. The show just looked different (more on that later).

The flash-forward Gene sequence picked up where it should have – and it left a lingering sense that Saul is going to get scooped up by authorities sooner than expected – and what will that ending look like? How far will the show dig into the narrative of Breaking Bad? Do we even want to see that?

I guess I’m wondering if I even care to see Saul Goodman again. And all the time that it took for this new season to arrive, I’ve already processed Jimmy’s grief over his brother – I’ve been careful to exclude referring to myself in past reviews, but this time I just felt a bit depressed. 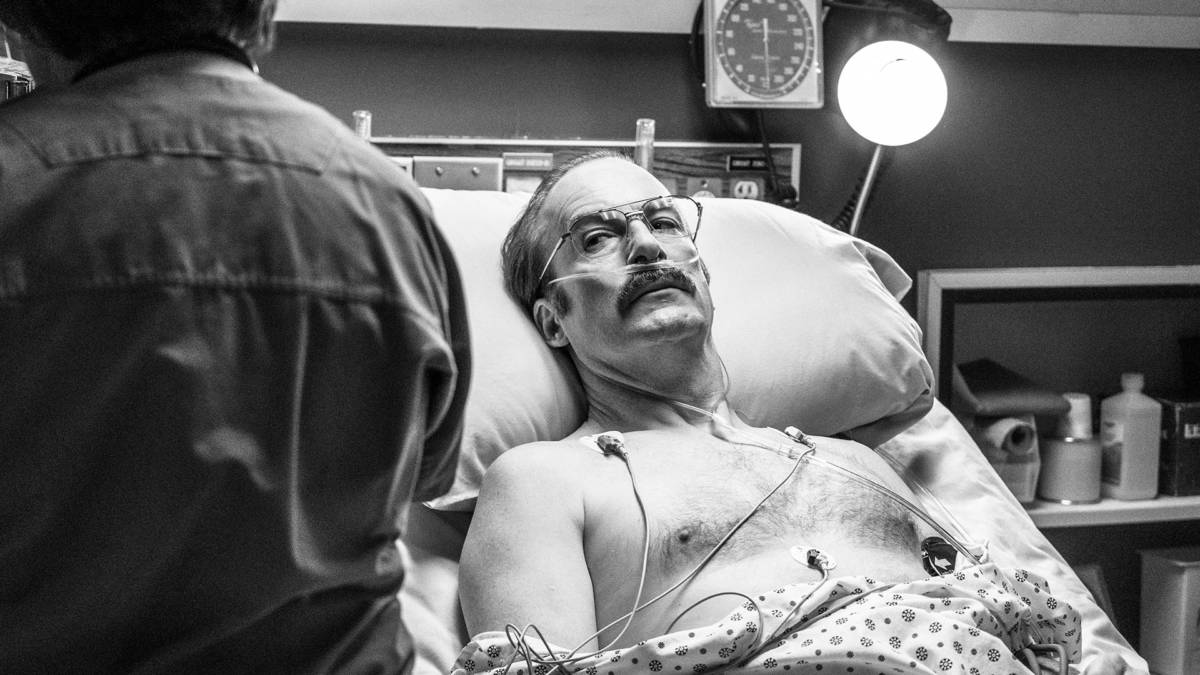 But I did kind of want to see some of that. And maybe the writers realize this. They likely wanted to suspend that feeling of closure. Because if we did see Chuck’s corpse, or watch him get lowered into the ground, then we could say the brotherly struggle is finally over. But it’s never over – it’s the relationship that drives Jimmy into using the Saul Goodman name, and it’s likely the unresolved relationship that he carries with him all the way through Breaking Bad.

Peter Gould wrote this episode. He was the creator of the Saul Goodman character. And if there was any one crucial moment Jimmy had, it was the final scene ending with him whistling. Chuck had one final card to play, and if it was the suicide card, well, Jimmy’s not going to let him win. There is no way in hell that Jimmy is going to have a heart-to-heart with Howard and sit there and mourn a brother whose last words were “I never really cared all that much for you”. Chuck cannot win, even in death. 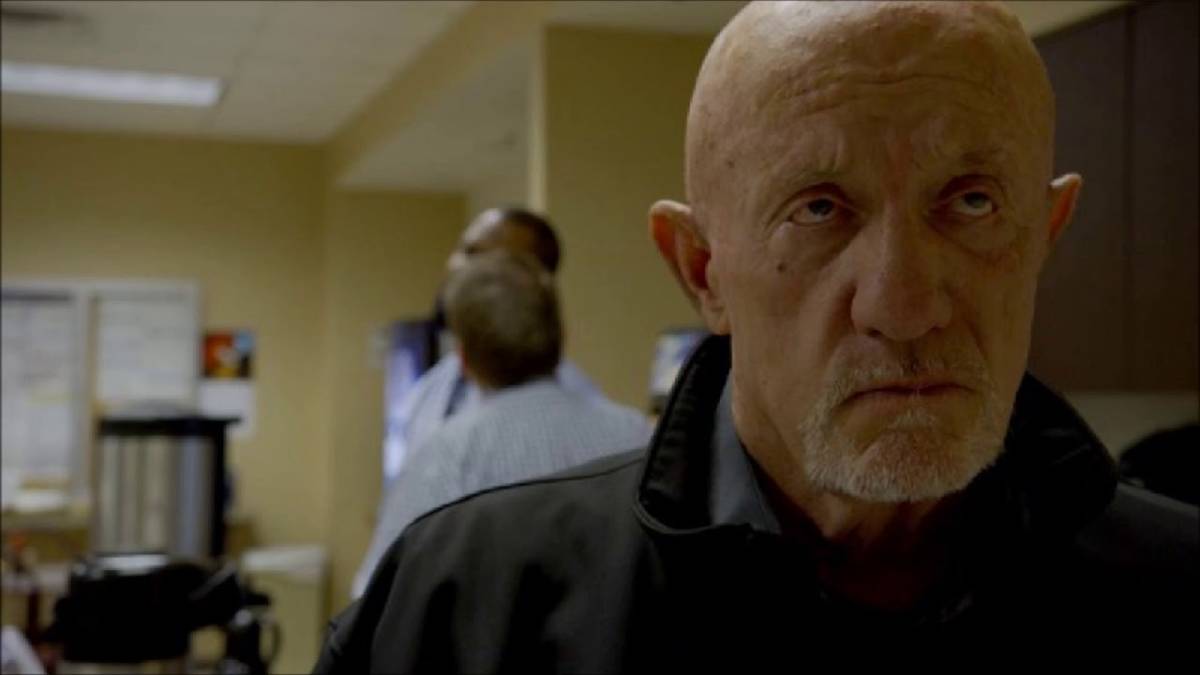 Back to the way the episode was shot – Marshall Adams was the cinematographer for all of Season 3, so there’s no lack of consistency there, but Minkie Spiro directed this episode, having only directed one other episode prior (Season 3’s penultimate “Fall”) and it’s clear that Spiro must have tried to approach the show differently this time around. Minkie had gotten to show us some truly memorable moments: Nacho and his father in the kitchen, Jimmy persuading Irene’s friends to turn against her, Hector Salamanca screaming at Gus that “I AM the cartel”, and lastly, Kim crashing her car – all fantastic moments leading up to a strong season finale.

This time, instead of building up the moments leading up to the ending, Spiro gets to introduce a whole new beginning. And it’s clear that Season 4 is going to force its audience into that uncomfortable inevitability: Jimmy McGill has to become Saul Goodman. It’s not going to feel good. It’s going to hurt, actually. And there is no turning back.

– I’m pretty desperate to see Gus’ story evolve outside of nighttime alleyway and warehouse meetings – it hasn’t had a whole lot of substance since the second-half of Season 3, at least not enough for as much time as it seems to take up. It’s felt more like chess pieces moving before a capture is made, and it’s difficult to feel suspense over each move when the outcome seems predictable (Hector having a stroke), but following Nacho is the only way of making this story feel fresh, so I look forward to Nacho’s story progressing.

– I appreciate how Better Call Saul premieres never seem to call much attention to themselves. All of the events play out organically, as they should, and it’s believable. And it’s certainly preferable to the alternative where characters race into each scene practically yelling “Remember me?”

– The shot of Kim knocking back shots on the couch and fading away as Jimmy remains sitting there, staring into empty space. Beautiful.

– One of my favorite musical queues was a callback to the Season 3 finale where Chuck dismantled his house. Dave Porter’s use of a wailing, desperate horn was re-done over the smoking, burnt down remnants while Jimmy sits on a bench.

– Howard protected Jimmy this episode, but I wonder if he had let Jimmy see the body, maybe he could have reached some semblance of closure. Maybe his death would have felt real.

Need to refresh your memory of what went down in the last season of Better Call Saul? Check out our reviews here!