When Your Idols Fail: The Betrayal of WWE’s Hidden Legend Chris Benoit 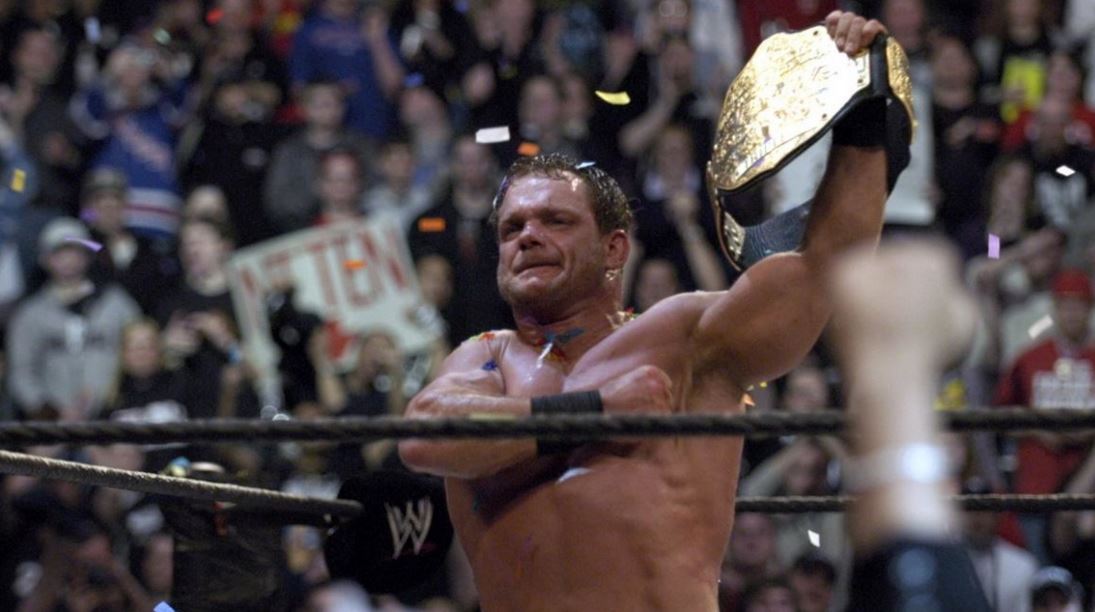 Ten years ago, I was working at a Blockbuster video in a shitty part of town as the only manager on staff. I wasn’t covered by the medical coverage, I wasn’t paid the store manager salary and I was responsible for the entire store’s survival at a time that the company was slowly going under, like the Titanic of the video rental industry.

Yet, I didn’t care terribly much because the store was generally empty during the day, and I was free to play as many wrestling DVDs on the screens as I could get my hands on. Soon, word spread and smart marks in the neighborhood would come in, chat wrestling with me and watch whatever the latest PPV that hit DVD had come in. Despite its problems, I enjoyed working there, for those reasons. It was June of 2007, I had met my now-wife and we had moved in together, I was in a band, acting in movies and generally enjoying my life.

On Monday, June 24th, my buddy Bryant called me while I was at work. It wasn’t unusual to get a call from him early as both of us worked retail and both of us were generally bored at work before the lunch rush hit. I answered the phone with my usual greeting for him “Yo, motherfucker”, but unlike usual, I received no borderline blaspheming response.

And then the details, as we knew them, came spilling out. Benoit was dead, and so was his wife and youngest son. His wife had been ‘bound’ in some way. RAW tonight had already been announced as a tribute show in his honor, a la the legendary Owen Hart tribute show.

We immediately came up with stories to tell ourselves about how it happened. With a lack of facts, I know I had decided it must have been a robbery gone bad. Someone had broken in, likely killed Chris first, then murdered Nancy and Daniel to leave no survivors. At worst, I thought, maybe they had mixed up in drug smuggling, possibly related to steroids, similar to the murder of Dino Bravo when I was a kid.

As the show came on, I watched, and cried, along with everyone else. But, as the three hour show wore on, more details began to emerge online. Perhaps in an attempt to get the memorial shut down, word had begun to leak from the investigation that there were no suspects being pursued. That the only suspects in the case were already dead. That it was a double murder-suicide. 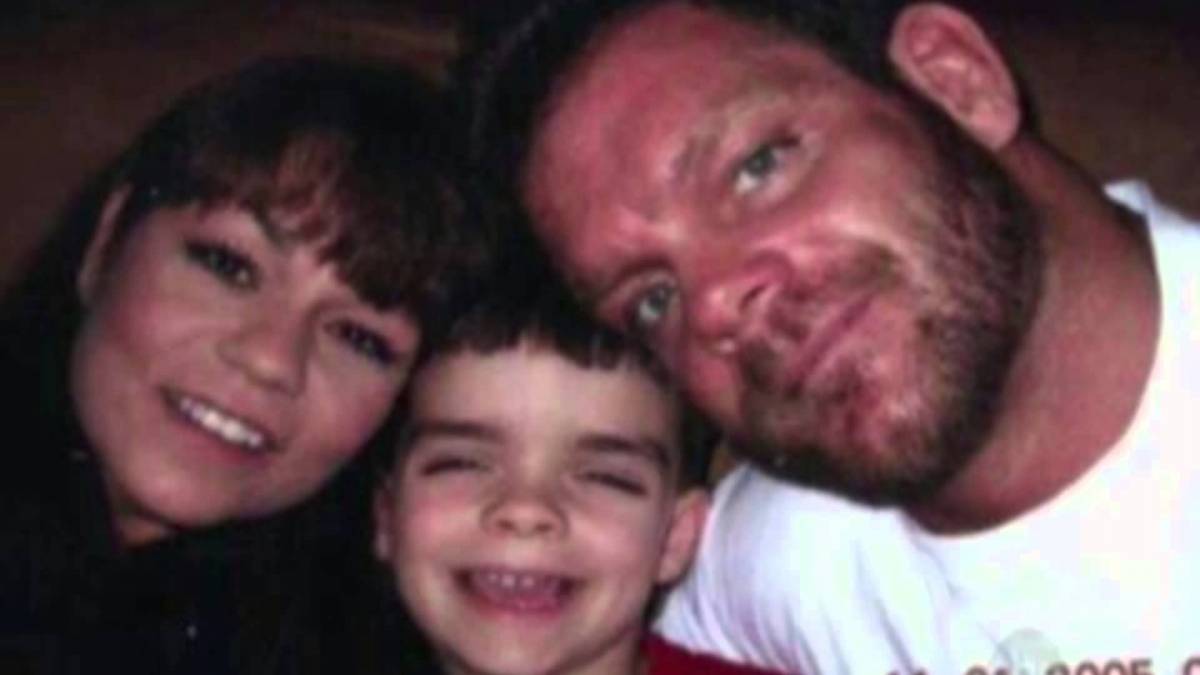 I know that by 1030PM, due to frantic conversations online with Bryant and others, I was sick to my stomach watching the WWE continue to show the memorial. I was torn, truly torn, on how I felt, knowing that they were memorializing a murderer. JR and King went noticeably silent as news must have trickled to their headsets, but it was too late to change the format now. They had to go with it. They had to continue.

As the show went off the air, I knew it was likely the last time I would ever see Chris Benoit footage in the WWE. Though still in denial, I knew deep down that what Bryant and others were finding was true; my idol was a monster.

How does one cope?

Obviously my pain as a fan pales in comparison to that of the close friends and family of Chris, Nancy and Daniel. Yet, that does not make the pain, confusion and sense of betrayal any less than real, for me or any other fan of Benoit. As I sit here and write this, ten years later, I am still finding myself struggling with the reality of it, pained by it, and wondering exactly how to present this without sounding like I am defending or demonizing a human being who I once greatly admired.

Chris Benoit’s story as a wrestler was unique, in that he was one of the first to get The Push based largely on the opinions of self-professed smart marks. Long before we booed Roman Reigns or John Cena, or cheered Daniel Bryan all the way to World Titles, smart marks were generally seen as intelligent, if naive, fans of wrestling.

It is difficult to explain, to someone who has never wrestled, the minutia of pro wrestling that often goes unnoticed. There is so much going on in a simple five minute Braun Strowman squash that most fans don’t understand, even if they have spent their life obsessing over wrestling. It is truly difficult to get it all the way without stepping in a ring and doing it yourself, or at least trying to. A pro wrestling match, when done well, is a complicated dance filled with an almost non-stop barrage of moments designed to look as if they would seriously injure a man, but don’t when performed well. When performed poorly, however, injuries happen quickly and devastatingly. For a simple squash there is much going on, but for the twenty minute technical masterclasses that Benoit put on regularly for over twenty years, it is mind-numbing in its difficulty.

Smart marks often have a simplified view of wrestling, and perhaps surprisingly, it is often correct in spite of its simplicity. Wrestlers get pushed more on look and charisma than in-ring ability, yet in-ring ability is what sustains business. If a company consistently puts on great wrestling matches, it can get away with a lack of movie star looks or fiery promos. Even the WWF in the throes of the Hogan Era still made sure to have some ring technicians who could give the audiences thrilling matches. Guys like Steamboat, Savage, Jake Roberts and Bret Hart were all skilled at creating a story in the ring and being athletically capable and creative enough to have unique, intriguing and realistic matches night after night. Smart marks recognize that and champion the best at it. Even companies like Ring of Honor and TNA/Impact Wrestling have survived deep holes in star quality because they were able to put on spectacular athletic matches that fans nonetheless were willing to pay hard earned money to see. Even with no stars to speak of, indies around the world draw based on the reputation of the company to have great matches, regardless of the roster.

Benoit was one of the first Internet Darlings. Along with Sabu, Eddie Guerrero, Dean Malenko, Chris Jericho and a small group of others, Benoit seemingly chief among them, certain wrestlers were picked out by the growing IWC for their talent in the ring, regardless of ability to talk on the mic or their size or perceived look. From his initial run as a singles and tag champion in ECW, through his WCW debut and eventual Horseman inclusion, Benoit was strongly favored by the internet fans, myself included. We recognized his intensity, his authenticity regardless of the size of opponent. We recognized his passion and drive for having the best match on the card every night. We recognized that he was a man who, like us, lived, slept, ate and breathed pro wrestling. He was our champion. And we were so loud, and so constant for him that it started to have an effect.

WCW started to listen. Along with being a Horseman, Benoit was also included in singles runs for midcard titles, even being given the honor of a best of 7 series with Booker T, in homage to Magnum TA and Nikita Koloff’s iconic series. He won the US title, the Tag Team titles, the TV title and was honored as an upper-midcard guy, and someone who Ric Flair often kept around him. When Bret Hart came in, Benoit found himself being pushed even harder, perhaps because of the Hart Dungeon connection, perhaps just because Bret Hart needed talented in-ring guys to work with. A new Mr. Perfect as it were. At any rate, Benoit was on the receiving end of some large pushes and eventually won the World Title before bailing to the WWF.

Upon entrance into the WWF, Benoit was immediately treated like a star to the very smart mark heavy attitude era crowd. When he won the WWE World Heavyweight Championship at Wrestlemania XX, I was among my brethren of smart mark fans who celebrated, tears in our eyes, when he hugged Eddie Guerrero, both holding titles they held despite the improbability just a few short years before.

Smart fans, for what we are, helped to push Benoit into the conversation and promoters listened. I was in that crowd of fans. I was one of his loudest supporters.
Then Monday June 24th, 2007, I sat on the floor, Indian style, of a Blockbuster Video at 10AM, horrified. And the horror had just begun.

In the last ten years, WWE has gone from not acknowledging his existence, even omitting his name from the Wrestlemania XX DVD cover matchlist, to occasionally using his name to promote episodes of archived footage. From wiping his memory to allowing fans, like myself, to acknowledge it, and honor it if we choose to.

If we choose to.

The cause of Benoit’s actions is still up for debate; concussion complications the most often cited. As several NFL players have experienced similar violent deaths like Junior Seau, David Duerson, Andre Waters and dozens of others. This complicates things as a fan because we now know that perhaps concussions played a role in his death and the murder of his wife and child.

Concussions he suffered because of his in-ring style.

The in-ring style we championed.

In part, at least speaking for myself, there is a tinge of guilt when it comes to Chris Benoit. Guilt that I cheered for someone who wrestled that style, someone who bragged about wrestling after concussions, someone who I admired as tough because they did things that we know now were damaging to his brain. Perhaps to the level that it was so damaged that he murdered his wife and son and then committed suicide by hanging.

But we don’t know that, for sure. Perhaps Chris Benoit was always a man capable of this, even before his first diving headbutt. Perhaps we had fallen for a character and a story, and the man playing it was someone who we should have shunned. Perhaps.

The betrayal of my idol, Chris Benoit, didn’t end my love of pro wrestling. It didn’t cast a pall over my love of intensity in the ring, or underdog stories. It did make me cringe with every chairshot to the head, or diving headbutt, or reckless dive. It did make it difficult to enjoy five star matches from the Third Golden Era of wrestling. It did complicate the legacy of one of the most accomplished and talented pro wrestlers in the history of the industry.

And ten years on, I still don’t quite know how I feel.