Jaws may be the definitive shark movie, but there are others that just might be the worth the watch. 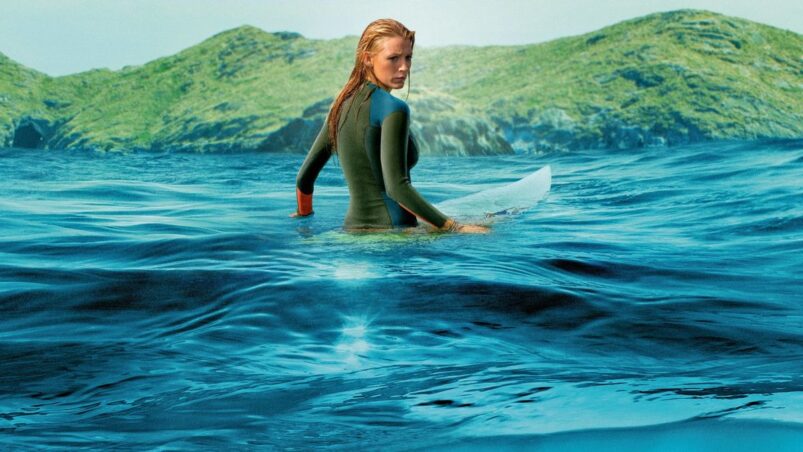 It’s no secret that Steven Spielberg’s 1975 classic Jaws is the all-time greatest shark film, but what other titles from the horror subgenre are there? At a glance you could be forgiven for thinking that it’s a collection of films not particularly worth diving into at all. In recent years, low-budget and straight-to-video titles including the likes of the Sharknado franchise have somewhat cheapened creature features of the selachimorpha nature.

While admittedly there’s some fun to be had with the odd “so bad they’re good” style B-movie, are there any shark movies that really deserve our attention? Amongst the many dead in the water subgenre offerings, there are a small number worth fishing out – here are seven of the very best shark movies since Jaws made waves.

Filmmaker David R. Ellis’ last film before his death saw him contribute to one of the most notable subgenre trends prevalent just over a decade ago: 3D. Released in 2011, Shark Night 3D was not a particularly well-reviewed film and has often been dismissed (unfairly) when compared to its fellow subgenre titles, but it isn’t without appeal. The cast of young, hot college students, who get eaten one by one help to create a spirited, slasher-esque set-up. Truthfully the plot, which sees an array of foreign shark species hunting the college kids in an enclosed lake, is indisputably ridiculous, yet it’s undeniably entertaining as well.

It’s no Jaws, but what shark film is? Nonetheless, it is fast-paced and delivers a collection of creative kills amongst some of the most exciting shark action put to screen in years. While it’s unquestionably silly and the VFX work isn’t the strongest, it thankfully never veers too close to the Sharknado school of over-dramatics. It’s very on brand for Ellis too, feeling similar in tone to much of his previous work, which included Snakes on a Plane and two Final Destination films. This isn’t one to take too seriously and if you can accept that, a nasty, trashy but most importantly, fun shark thriller awaits.

If you like your shark films blockbuster-sized look no further than Jon Turteltaub’s 2018 summer smash, The Meg. Jaws is regarded as the original summer blockbuster and Turteltaub’s film is the closest we’ve come to this big screen shark spectacle since. Riding the wave of success and regained interest in the subgenre brought on by another shark film that is mentioned further down this list, The Meg took a healthy bite of the box office. It needed to though, as its budget was sizable enough itself. However, seeing a studio invest so much into a shark film was a refreshing and positive change for creature features as a whole.

The film itself received mixed reviews but fans of the subgenre have a great time with it. It features a number of striking visuals and has several standout sequences, oh and then there’s the small matter of its brilliant leading man, Jason Statham. Alongside the aforementioned budget, having such a well-known and popular leading man in a film like this was a further win for fans. Arguably, they could have called it “Shark vs. Stath” and they would have sold more tickets. Regardless, the film did well enough to warrant a sequel, which is now in production with director Ben Wheatley at the helm.

If you’re looking for a more realistic shark thriller, Australian production The Reef is the best you’ll find. Some might argue that Open Water should take that title, however, while that film may be incredibly realistic due to its minimalist filmmaking style, it’s also lacking in any noteworthy shark action, making it unforgivably dull.

In contrast to this, Andrew Traucki’s film, which sees four backpackers who are cruising the Great Barrier Reef come face to fin with a fourteen foot Great White shark, manages to find the perfect balance of a more grounded thriller while never skimping on said action. The result? One of the scariest shark attack films of all-time. Its use of real shark footage is the key here, as there’s few VFX effects that manage to evoke that same fear instilled by the very real image of a Great White shark and their jet-black eyes.

The film sadly never received a theatrical release in the UK, but is still just as chilling viewed at home and remains criminally underrated to this day.

Narrative films aren’t the only examples of shark cinema as many documentarians have also taken audiences deep into the world below the waterline. Rob Stewart’s 2006 film, Sharkwater is one of the best examples of this. In the film he challenges the perception of the fierce ocean predators, attributing the worldwide phobia of sharks to Jaws. Painting a more endearing picture of the widely feared animals, his lifelong love of sharks is so evident and his passion shines through.

In addition to addressing the reputation of sharks he also raises awareness to the importance of maintaining the ocean ecosystems which help keep our planet alive. As recently as 2021, Netflix documentary Seaspiracy continued to stress the significance of this issue, clearly still a problem fifteen years later. Stewart goes on to expose illegal fishing practices and uncovers the horrors of the shark finning industry. Although some elements of his filmmaking could be considered amateurish the content of his footage is often astounding and the conservationist’s message can’t be argued with.

There’s even been a sequel, Sharkwater: Extinction, which was released in 2018.

Horror director Johannes Roberts brought us a new summer shark flick in 2017 with 47 Meters Down. The film sees sisters played by Mandy Moore and Claire Holt who become trapped on the ocean floor after a cage diving accident. It’s a plausible enough premise considering some of its subgenre predecessors and it’s teased brilliantly for all its sinister potential.

In a similar vein to The Reef, Roberts’ shark film is one of the scarier offerings. Why? Well one of the only things more terrifying than sharks is the dark, and there isn’t much light on the ocean floor. This unique combination brings together two universal fears and delivers truly petrifying results. It trades its spine-tingling tension for more energetic shark action in the third act and in doing so delivers a very well rounded addition to the subgenre.

Roberts returned to direct the sequel 47 Meters Down: Uncaged (48 Meters Down was right there), but it failed to capture the magic of the original. His follow up isn’t completely derivative though, featuring some worthwhile moments.

The Shallows, Juame Collet-Serra’s 2016 shark thriller, was truly a beacon of hope for a subgenre that had become a laughing stock. After around a decade of mainly terrible straight-to-video productions, this Blake Lively led title truly rewarded fans who had been craving some much needed quality. The film sees Lively face off against a vicious Great White shark in Mexico. It has the very best VFX of any shark film and backs this up with jaw-dropping action sequences. It stays pretty grounded until the third act, which is somewhat of a departure in tone but still stays entertaining nonetheless.

After The Shallows washed up on celluloid shores there was a small but noticeable resurgence of quality in the creature feature, and specifically the shark thriller. Aforementioned titles The Meg and 47 Meters Down helped continue this more credible trend for the subgenre. With fans having had to almost solely survive on over the top B-movies until Collet-Serra’s film, its arrival somewhat saved the cinematic seas.

Of all the shark films that have followed in the wake of Spielberg’s masterpiece only one can rightly claim to be the best shark film of all the rest: Renny Harlin’s cult classic Deep Blue Sea. Iconic for many reasons, this killer thriller which came out in the summer of 1999 is not just one of the best shark films, but one of the best creature features of all time too. To start with, the cast is absolutely stacked. Thomas Jane, Stellan Skarsgård and LL Cool J are some of the recognisable names from its roster, but the most famous of all is of course Samuel L. Jackson, who is killed off in one of the most spectacularly surprising and unexpected death scenes in film history.

Beyond its star-studded lineup, Harlin’s use of animatronics is truly incredible, creating some of the most terrifying and convincing shark action ever witnessed on screen. Yes, the VFX work sadly does not compare but when so much of the film utilises the wonderful animatronics it doesn’t matter. As well as the excellent SFX work, the sets used for Aquatica, the remote underwater laboratory the film takes place at, create an especially playful arena for the shark action to unfold in. Trevor Rabin’s score is also excellent, giving the film an eerie, watery chill to it which heightens the horror at every turn of a dorsal fin.

The culmination of this creativity delivers a ferociously entertaining shark film that has yet to be bettered since its release.

READ NEXT: 15 Best 90s Horror Movies You Should Watch