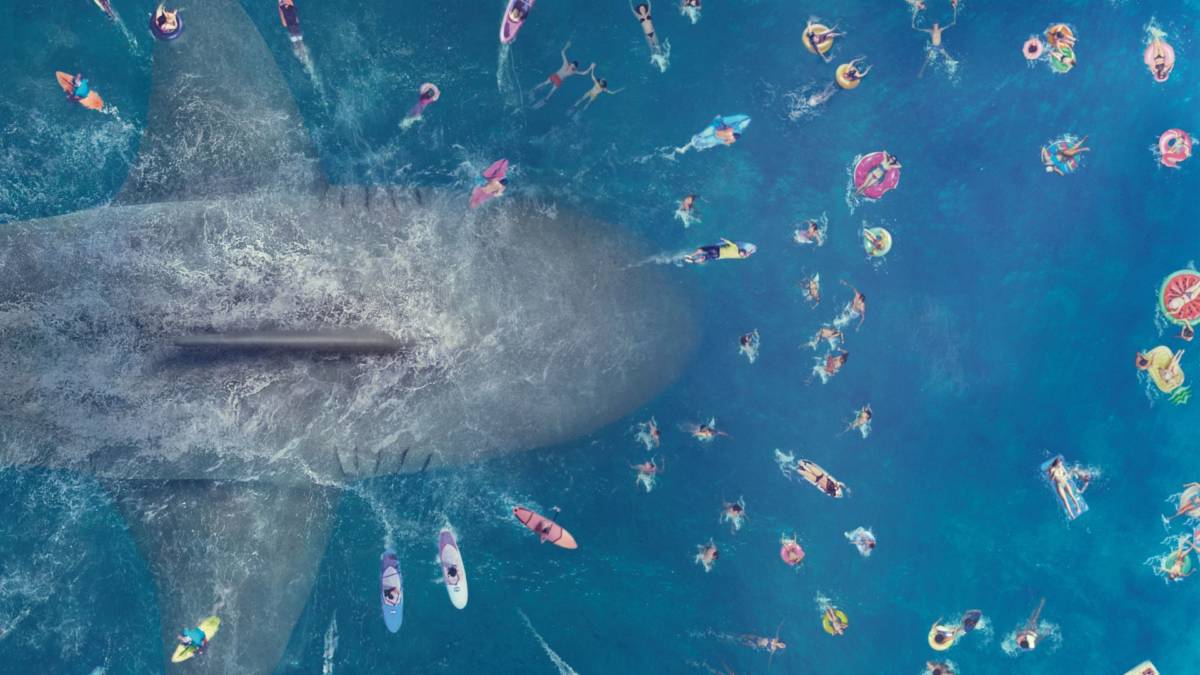 One of the most vivid memories I have with my late uncle was centred around a “shark horror” by the name of Jaws. I remember him watching the Great White knock against the boat and hearing him cheer on the animatronic beast. I was young at the time and wasn’t quite sure of what I was watching. Over a decade later, I now find myself writing a film review about a Great White emerging from Mariana’s Trench to threaten mankind. While watching her destroy anything in her path, I couldn’t help but think that he would enjoy this just as much as I did. This one’s for you, Uncle Eddy.

Yes, there are some aspects that are quite resemblant of Jaws in this Megalodon-centric thriller that struck a familiar chord — there was certainly a sense of deja-vu while watching this film. That being said, it doesn’t take away from the fun. It’s propelled with start-to-finish action that drives the plot forwards and makes a real splash.

The casting upholds the foundation of The Meg. A range of personalities and well-defined character traits are formidable. There are some surprising cast members, though. Who knew that Ruby Rose and Rainn Wilson would ever team up to take down a prehistoric brute together? It’s a quaint and unexpected mix, but it’s quite amusing and each character defines themselves well. The acting is unexpectedly enjoyable.

The camerawork is… Look. The studio really wanted to reinforce the audience that there is a shark that will always be a looming threat. The camera often shakes violently when there’s the slightest hint of danger afoot. It gets to the point where the effect is so nauseating and overdone that it’s hard to watch the screen. The trembling camera combined with blaring submarine sirens and stroboscope is more dizzying than it should be.

The gore and violence are balanced with humor. Even if there are times where the dialogue struggles to pull itself through ruts it puts itself in, there’s always a redeeming aspect. A vicious outburst from The Meg always seems to elicit a witty one-liner or a bout of comic relief even with the gruesome scene on display. It’s not as “horrific” as the trailers make it out to be, but it is graphic.  Elements of anticipation and suspense are very much dialed up.

The quality of the CGI and animation vary. It’s not the cleanest or most impressive work of editing, but it makes do and fulfils a purpose, even if it can be cheesy at times. Still, it’s as close as the movie can get to selling the idea of having a monstrous shark terrorizing those who sought her.

The Meg is not as abhorrent as it may appear to be. Though there may be some hiccups to the movie overall, it’s an exciting and exhilarating — and action-packed — film with a classic theme. It’s hectic and suspenseful. It manages to keep an audience baited, hooked, and on the edge of their seats through the high-speed course of the film. The Meg is an enjoyable, thrilling take on a timeless niche.