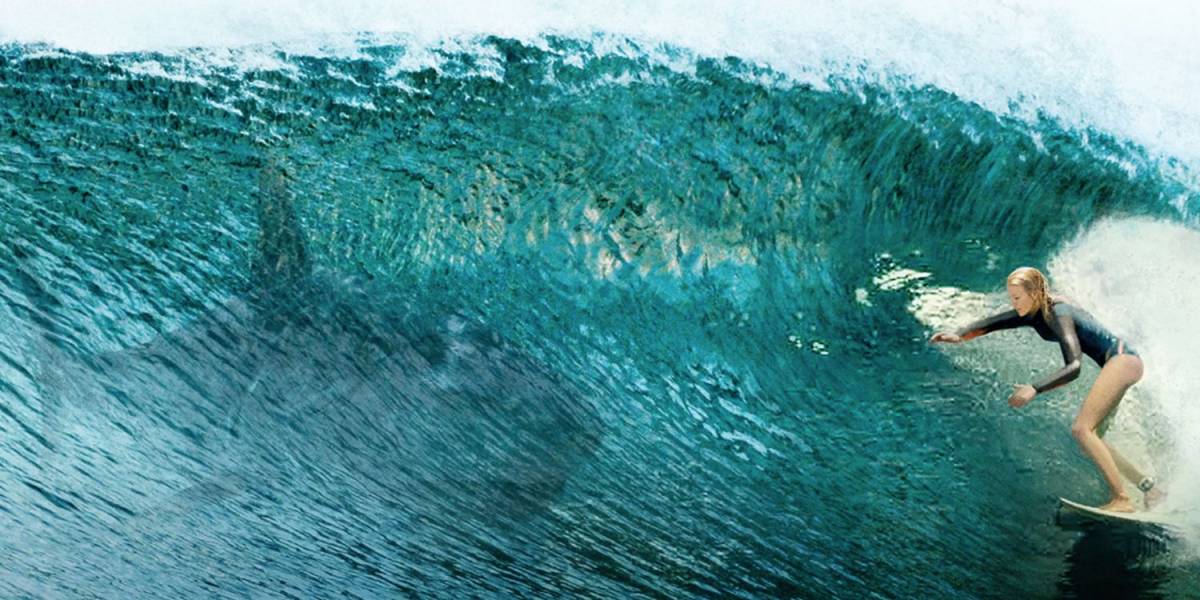 Blake Lively is our lead in the newest attempt to make a great shark film. We’ve had some guilty pleasures along the way since that little hit back in 1975. It started the summer blockbuster trend and we’ve been longing for a great shark film ever since.

Is The Shallows it? Well, it’s definitely the best shark film since Jaws, but that’s not saying much. Is it a good film? Well let’s get into it.

Lively stars as Nancy, a surfer who finds herself attacked by a shark and left stranded on a rock about 200 yards from the shore. It quickly becomes a battle of wit and will against one of mother nature’s perfect killing machines.

This is virtually a solo vehicle for Lively to showcase her acting talent and prove she is more than a pretty face. She has literally minutes with other humans to interact with before she confronts her attacker in the shallows.

The score is used hauntingly well. It strangely reminded me of machinery, which perhaps emphasises the robotic and calculating nature of the shark.

The Shallows is beautiful to watch. The colour palettes used are quite stunning, so when the darkness of night falls or when we venture into the shallows, it really helps to engulf you in the tension and danger of the scene.

The ways in which Nancy manages to keep her head above water in this situation are very inventive and at times thrilling to watch. The Shallows manages to keep your attention and nerves focused on the drama unfolding and stop you from becoming bored at any time.

The fact the film manages to keep your interest for so long is a big compliment on the pacing. Considering our lead is stuck on a rock for most of the runtime I never once looked at my watch. This fast pacing is probably down to director Jaume Collet-Serra, whose efforts include Run All Night, Non-Stop and House of Wax. A mixture of films to greatly complement his latest outing of having a lead evading a threat in a thriller/horrific way.

The only eye-rolling moments I had during the film was due to some questionable dialogue choices. Although wisely keeping the dialogue as inner monologues throughout most of the film, at times Nancy clearly says something out loud so you, the audience, knows what’s going on.

As for the threat Lively had to act against in this film, which was nothing in reality. The shark is amazingly completely CGI, which makes Lively’s acting in the film even more impressive. There are some shots in The Shallows which I could have sworn involved a real life shark on screen. It’s incredible.

There is one sequence in particular, minor spoiler ahead, involving a stray GoPro camera and a shot of the hunter in all its glory. So huge credit to the visual effects team on this movie, you did an amazing job.

The climax of the movie certainly draws the line between ridiculous and innovative. I’d say they managed to just about stray towards innovative, but some may have issues with how it’s resolved.

While I’m sure The Shallows won’t make people scared to go back in the water again, it will definitely make you think twice before dipping your toes in.

I walked away from this movie thinking it was a lot better than I thought it was going to be. If you’re a fan of sharks, of Lively or, most importantly, a fan of filmmaking in general, you could do worse than spending some time in The Shallows.