We will always forgive you for your dick moments, Boromir. 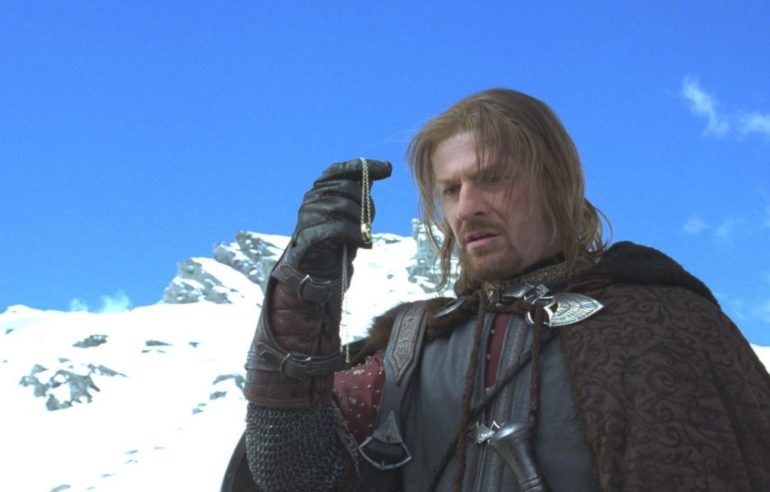 Few things can elicit an emotional response from an audience like the heroic self-sacrifice. It’s the ultimate act of bravery, and provided it’s done right, and with a character audiences have connected with, will almost never fail to pull on the old heartstrings and leave even the most reserved of movie-goer fighting back tears.

Throughout the years there have been countless attempts to capitalise on this very effective movie trope, many of which fail to land like they should. Some, however, tend to hit us right in the gut. So, in honour of all those who have given their lives so valiantly over the years, here are ten of the best self-sacrifices in movie history.

In what is perhaps the most emotional scene of the film, Russell, along with a squadron of fighter pilots (professional and volunteer) are attacking one of the spaceships, only for Russell to find his last remaining missile has jammed. Looking at a picture of his children one last time, Casse decides to make the ultimate sacrifice and use his plane to fly directly at the charging blue beam of the alien ship.

Another big blockbuster here, trying to get a cheap tear out of us by offing one of its leads in a dramatic moment of heroism. The annoying thing is though, it totally worked.
In Michael Bay’s all-American disaster epic, Bruce Willis plays tough-as-nails deep sea oil driller Harry Stamper, who, along with his team, are brought in to assist NASA in preventing a giant asteroid from destroying Earth.

In a selfless act that sees Harry stay back on the asteroid to detonate a nuke drilled into the core of the big ball of doom, a montage of his daughter fills his mind before he finally pushes the button, sacrificing himself to save the planet.

Bruce Willis, we salute you.

Jedi may never truly die, instead opting to become translucent blue night light versions of their former selves for all eternity. But Obi-Wan Kenobi’s death in A New Hope was a painful goodbye all the same.

In his confrontation with his former Padawan protégé aboard the Death Star, Obi-Wan and Darth Vader cross sabers one last time before the aged Jedi Master makes the decision to bow out early, letting Vader strike him down, and in doing so, helps his friends escape, and ultimately guide Luke from another plane of consciousness.

It’s a heroic sacrifice, and one that paved the way to bring balance to the force. Plus, it just goes to show: you don’t need Midichlorians to be a hero, but it does help.

No longer a ruthless android killer sent back to off his mum, Arnie’s T-800, the now sworn protector to the young John Connor, was a loyal (albeit, programmed to be) companion to the very end.
Having defeated the seemingly unstoppable T-1000, and saying a fond farewell to John and Sarah Connor, T-800 puts a definitive full stop on proceedings by lowering himself into the same molten metal pit that ended the evil shape-changing Robert Patrick.

What makes this sacrifice even more eye-watering is seeing how much damage and abuse poor old T-800 went through to protect the future human resistance leader. Barely even functioning by the end of it, T-800 still manages to go out like a boss, giving us the thumbs up and letting us know everything is going to be alright.

Until the next movie, that is.

There are so many scenes in The Lord of the Rings film series that warrant a tear or two, but one such moment in the first of the trilogy, where the noble but troubled Boromir sets out to redeem himself by taking on a horde of Uruk-hai all by his lonesome, is too heroic not to commend.

Having slain a fair bunch of orc scum to protect Merry and Pippin, Boromir is struck by an arrow directly in the chest by the Uruk-hai leader. Knowing he’s probably not going to walk away from this one, and with the two hobbits still left to defend, Boromir courageously carries on taking out fools left and right, as more and more arrows find their mark in his withering body.

Fighting until he literally can no longer stand, Boromir is left for dead by the Orcs, but for his bravery, ultimately gets to go out a hero.

Not just an iconic death in the Star Trek series (although he would be back in the very next instalment), but an iconic death in cinema as a whole. Spock’s ability to put logic first and sacrifice himself for the many was a moment that hit many like a tonne of bricks.

Having seventy-nine episodes of television and two theatrical outings already under their belts, the crew of the USS Enterprise became a second family to some, which is why when the fan favourite Vulcan suffers fatal radiation poisoning after restoring power to the Warp Drive, it’s a tearful send off for one sci-fi’s greatest characters (again, momentarily).

Pressing his parted hand to Captain Kirk’s against the glass of the engine room, Spock begins to recite the famous Vulcan saying, “The needs of the many outweigh the needs of the few…”, only for Kirk to finish the sentence “…Or the one.”

READ NEXT: The Best Worst Movies That You Need To See To Believe

Hiro befriends Baymax, a healthcare robot built by Hiro’s late brother, Tadashi. Not only does Baymax become a close companion to Hiro throughout the film, but also serves as a way to stay connected to his late brother, which is why in the final act, when Baymax sacrifices himself to save Hiro, it hits a little harder than just a boy losing a robot buddy.

Towards the end of the movie, Hiro, Baymax, and a stranded pilot are trapped, drifting freely in a teleportation portal with no way of getting back. With time running out and one last trick up his sleeve, Baymax uses his rocket propelled arm to thrust Hiro and the pilot back to safety, staying behind with no chance of escape.

As devastating as it seemed for Hiro to lose another loved one, Baymax was able to smuggle his healthcare chip within his rocket fist, enabling Hiro to rebuild Baymax by the end of the film.

The Iron Giant holds a sacred place in many people’s childhoods, and for good reason. Director Brad Bird’s directorial debut saw the titular robot crash-landing on Earth and befriending nine-year-old Hogarth in this adaptation of Ted Hughes’ Cold War tale.

In the final moments of the film, and with a nuclear warhead about to destroy the town and everyone in it, the Iron Giant says a tearful farewell to Hogarth, before flying up to intercept the missile, destroying the nuke and himself in the process.

I’m not quite sure what it is about robots making self-sacrifices that makes us well up so much, but it always seems to hit us on a childlike level whenever someone loses a computerised companion.

Having the unfair advantage of appearing in ten Marvel movies and striking a connection with audiences rarely seen in cinema, Tony Stark’s departure from the Marvel Cinematic Universe was quite the blow for fans the world over.

During the final showdown with Thanos and his vast army, it’s a mad scramble to keep the newly designed Stark Infinity Gauntlet out of the Mad Titan’s hands. After Tony manages to wrestle the Infinity Stones away from the big purple jerk, he uses the Gauntlet to dust Thanos and his crew, knowing full well the effect such an act will have on his body.

Watching as Iron Man’s Arc Reactor shuts off one last time and having to say goodbye to a character that we’ve loved for over a decade bow out in such a heroic way is one that’s still a little hard to shake.

In a film that revolves around the concept of emotions, Inside Out has some of the most heart wrenching moments of any Pixar movie. One scene in particular that involves the imaginary friend of a little girl named Riley sacrificing himself for the very girl that has long since forgotten him is one that never fails to deliver the feels.

Having fallen into Riley’s memory dump, a place where long lost memories are left to erode into nothingness, her imaginary friend Bing Bong and Joy must attempt to escape with the use of Bing Bong’s sing powered wagon.

Having failed numerous times due to too much weight, Bing Bong decides to let go of the wagon at the last moment, enabling Joy to escape. With Joy free, Bing Bong celebrates as he slowly turns to dust, forgotten forever.