The Best NPC In Fortnite: Season 5

They're a very good boy. 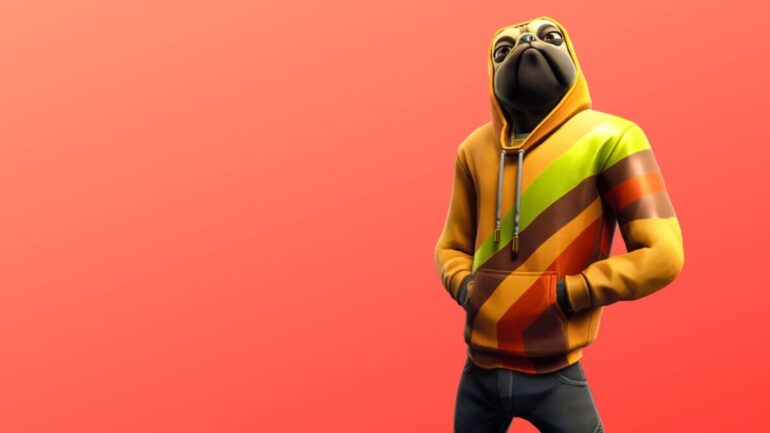 Since the start of Fortnite: Chapter 2 – Season 5, NPCs have been a pretty important feature of the game, allowing players to spend their gold bars, upgrade weapons, and much more. It’s been probably the biggest change to the Fortnite formula since Chapter 2’s launch. With dozens of them across the map, who is the best NPC in Fortnite?

The answer is simple: Doggo, and for tonnes of reasons. As we’re now pretty deep into Season 5, there’s no doubt many players who are already aware that Doggo is, indeed, a very good boy, but here’s why everyone else should be landing on him from the start of a match.

You probably need to know Doggo’s location first, though.

Doggo has two different spawns: Pleasant Park and Retail Row. Unfortunately, due to Epic’s decision to randomise spawns, he could be at either every match so there’s not really one definitive spawn for him.

He is at what’s known by the community as the “doghouse” in both POIs, a fairly large house that has plenty of chest spawns. You can usually find him out back in the garden or milling around on the first floor of the house.

Why Is Doggo The Best NPC?

Doggo stands out among the other NPCs in Fortnite Season 5 because of just how easy his quests are, and also how quick they are to complete.

‘Ring a doorbell until it breaks‘ can be done by simply walking to the front door and hammering the interact button until, well, the doorbell breaks. Should take you about 10 second in total to get 120 gold bars as a reward.

‘Stick your head out the window of a vehicle while riding in it‘ is another exceptionally easy quest that will take you all of twenty seconds to complete. You should be able to run out of the front door and find a car within either Retail or Pleasant. Simply switch seats and then go into ADS to smash your head through the window.

As well as you being able to rack up 240 gold bars without very much work at all, Doggo will also give you a bounty for 200 gold bars. This means that you can rack up 440 gold bars in no time at all from Doggo, which is nearly enough for every Exotic weapon and item in the game. If you land at Doggo game after game and follow these steps, you should notice your gold bars just sort of rocket up. If you do nothing but complete his two quests over and over without farming gold from beds etc or completing bounties, you will reach max gold in around forty matches.

On top of that, he can be hired for some gold bars, providing a fairly decent distraction if nothing else. He tries his best.

It will be fascinating to see if Epic stick with the NPCs for Season 6, though you would expect they will based on just how much work seems to have gone into the system for Season 5. With a game that’s been around for as long as Fortnite, you kind of need the variety.