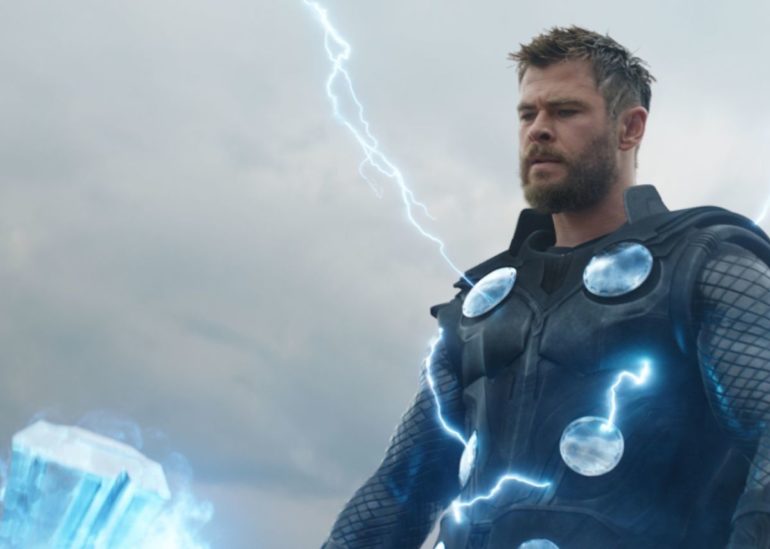 Well, that was simply incredible, wasn’t it? After 11 years and 21 films, Marvel smashed it out of the park in this wonderfully executed conclusion, of-sorts, to this era of the MCU. Avengers: Endgame delivered on so many promises. There’s literally enough for a top 100 moments list, but here are five of the best in no particular order.

Spoilers, obviously. You have been warned.

This was absolutely one of the most emotionally-wrought moments in a film that contained a thousand of them (joint only with that other guy who dies at the end). Natasha Romanoff sacrificing herself on Vormir for the retrieval of the Soul Stone hit like an uppercut from Anthony Joshua. In that moment fighting with Hawkeye, for essentially the right to die, was a wonderfully played out scene, and showed once and for all why she’s an elite-tier Avenger. Choosing to sacrifice herself so Clint could have a chance at seeing his family once more was a beautiful, if painful, moment, and a fitting end to a top-tier character.

Captain Marvel is justly getting all the praise as the number one go-to female hero right now, but Black Widow blazed that trail for her. A note-perfect performance from Scarlett Johansson throughout ranges from vulnerability, (never has eating a sandwich looked so emotional), to the deadpan (“I get emails from a raccoon, nothing sounds crazy anymore”), to her final, tragic scene. She was simply perfect.

It was obvious from the trailers that Ant-Man was going to play a big part in Endgame, but it’s difficult to say just how important he was to the success of the film as a whole without underplaying it.

From the get-go, upon realising he’s come back to a world that’s 50% lighter, he was magnificent. The early scene at the mass headstones commemorating the “vanished”, as he frantically looks to see if his daughter Cassie is one of them, was heartbreaking. It was a nice change of pace to see Paul Rudd do some dramatic lifting and he excelled throughout.

Of course, that wasn’t to say his Scott Lang wasn’t hilarious too, with wonderful moments of levity when the science got too heavy (“Someone peed my pants! Not sure if it was the baby-me or the old me…or was it just me-me?”), and coining the second act plan a “time heist” was inspired. And when he went Giant-Man? Well, we’ll come onto that a bit later on.

Make no mistake, if you take Ant-Man out of Endgame, it’s simply not as good.

3. However, Thor Nearly Runs Away with It

Overweight Thor: Never thought I’d see the day. While doing men’s self-esteem everywhere a world of good, he was still his now-standard hilarious self, continuing the character’s retooling from Ragnarok effortlessly.

From the minute that Rocket and Banner arrive at New Asgard to see Thor in his bachelor pad, with added Korg and Meek (fan-service, we thank you), it was funny but also exceptionally depressing to see his fall from grace. Clearly suffering from alcoholism and PTSD, Chris Hemsworth sold both sides of Thor’s character stunningly well. He also shared an excellent scene with his mother, Frigga, a little later on, having the chance to say goodbye properly before her untimely passing during his “time-heist” segment. It was funny, sad and exactly what you expect when you see the god of thunder on screen now. Plus he nabbed Mjolnir for good measure. To the newest member of the Asgardians of the Galaxy.

The aforementioned time-heist second act is possibly the best segment of Endgame, but within this segment is the scene where, Tony Stark, Banner, Ant-Man and Captain America go back to New York in 2012 at the scene of their first major victory.

Literally picking up as soon as they apprehend Loki in Avengers tower, Cap circa 2019 enters a lift with guys that look eerily familiar to the ones from his claustrophobic scrap in The Winter Soldier. They have Loki’s sceptre, and thus the Mind Stone, and Cap needs it. And he gets it without so much as raising a finger. Two words gets Brock Rumlow to hand over the sceptre willingly: “Hail Hydra”. It is an inspired moment, a wonderful callback to The Winter Soldier, and a sly wink to the comic book readers in the audience after the controversial 2016 comics storyline wherein Captain America is revealed to be a double agent for Hydra.

However, just as he’s thought he’s got away with it, Cap runs into his 2012-self. Thinking he’s being tricked by Loki, he naturally goes for 2019-era Cap. Chris Evans is fantastic here throughout this scene, pairing the all-action hero of 2012 and the weary, plain exhausted 2019 versions together elegantly. It’s a wonderful scene (and a great fight to boot) that encapsulates visually and emotionally how far Evans has taken this character, from total square to fan favourite, over these past 7 years. America’s ass, indeed.

This, however, has been saved for last because it was the greatest part of Endgame bar none. This scene is why blockbusters are such an important part of cinema and how they can simply unite an audience in a shared space so effectively, and why going to the cinema is such a joy.

This scene was perfect. Upon seeing Cap knocked down by Thanos, and the Mad Titan’s army in formation, ready for war, we are left to think this is futility personified. He’s going to win again, isn’t he?

A message from Falcon in Cap’s in-ear comms. “On your left”. Portals. Portals everywhere. Everybody who was once dust is now back with interest. Falcon, Black Panther, Spider-Man, Doctor Strange, Drax, Star-Lord, the armies of Asgard, Wong and the inhabitants of the sanctuaries, Valkyrie on a winged horse for Chrissake. You cannot tell me that you do not get goosebumps watching this scene all while this is blaring over the top of it all?

It’s a testament to the Russo brothers’ direction that they weave this sheer number of characters on screen for the biggest of big scraps so deftly, and so comprehensively that you cannot help but be swept up by it all. They pack so much into it. The relay race of getting the newly minted Infinity Gauntlet away from Thanos. Ant-Man going Giant-Man and kicking all sorts of arse, triumphantly running head first into battle and cracking Leviathans square in the jaw. Cap picking up and wielding Mjolnir. Even Gwyneth Paltrow looked cool in her armour fighting side by side with her onscreen partner Downey Jr. It goes on and on.

Endgame is the embodiment of how blockbuster film-making should be done, and why it is such an enjoyable pursuit to engage with. I already can’t wait to go back and see it all again.

So what else did you love from Avengers Endgame that I haven’t mentioned? Comment below and let the comments assemble.