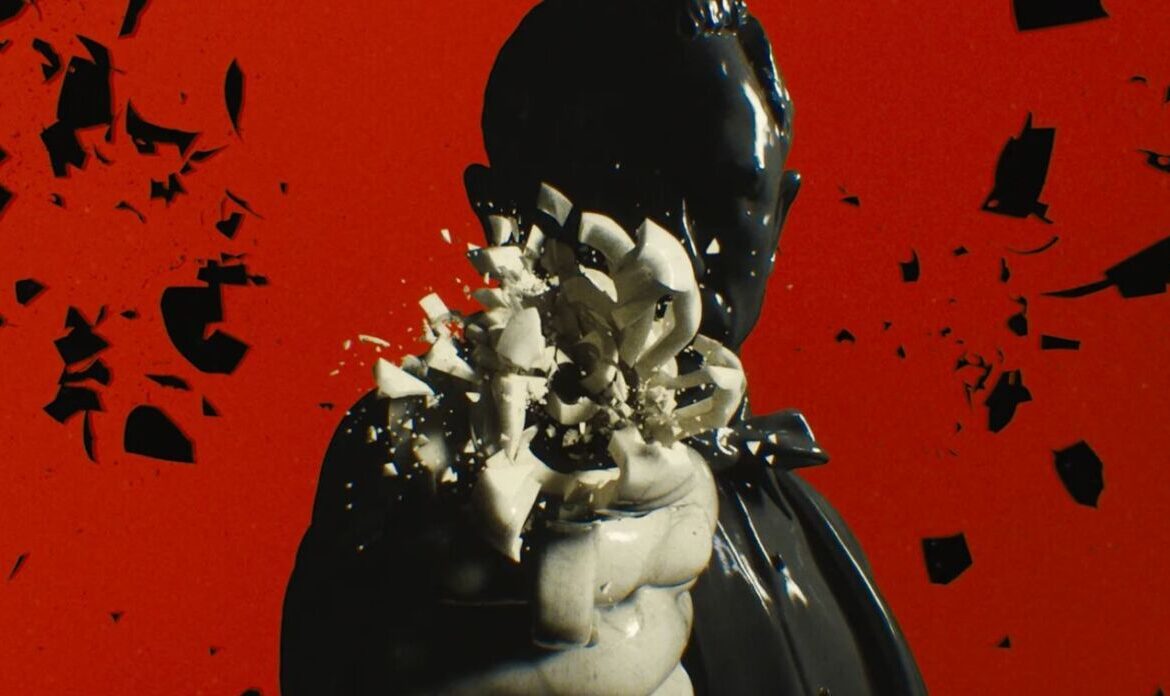 James Bond films have many defining traits: terrible puns, over-dramatic theme songs and camp villains stroking cats. These are only a few of the many attributes to be found in any given Bond film. However, arguably one the franchise’s most unique features are its pre-title sequences. With the exception of a few films, the pre-titles sequences take place after the iconic gun barrel introduction and before the theme song.

These cold openings often consist of Bond on a mission, or a villain carrying out the first stages of their evil plan. Over the course of the franchise they have varied greatly in style, content and length, but which have done it best? To celebrate the 60th anniversary of the cinematic super spy, here are the seven Bond movies with the best pre-title sequences.

Not all Bond pre-title sequences have to be full of high-octane stunts to be successful. The franchise’s very first pre-title sequence in From Russia With Love proves this. As well as being far more restrained than those that would follow, it’s also the shortest pre-title sequence in the franchise’s history. The sequence sees Sean Connery’s Bond being stalked by SPECTRE agent Red Grant (Robert Shaw) around a hedge-maze in the dark of night. You would expect Bond to eventually outwit his opponent, but it’s actually Grant who manages to get the better of Bond, strangling him to death with a wire garotte that extends from his watch.

But how could Bond be dead after just three minutes of the movie? Well of course, he isn’t. As Grant completes his kill a number of lights fixed to a mansion illuminate the area and it’s revealed that the whole scenario is actually a training exercise taking place on SPECTRE island. A mask is removed from the man who audiences thought was Bond, showing that he is actually just another SPECTRE operative. This pre-title sequence works so well due to its tension and misdirection, as well as its set up of characters, locations and gadgets, all of which would be seen again later in the film.

The longest pre-title sequence in the franchise’s history is found in No Time To Die, Daniel Craig’s final outing as Bond. Its length can be attributed to the fact that it serves both as an origin story for the film’s villain, Rami Malek’s Safin, but also as a continuation of the events of Spectre. It’s most definitely this second sequence, featuring Bond and Léa Seydoux’s Madeleine in the beautiful Italian city of Matera, that exclusively earns it a spot amongst the very best of the Bond pre-title sequences.

The location for this sequence is stunning and seeing the classic Aston Martin DB5 racing through its streets is just so exciting. The action alone is astounding, with no less than three spectacular stunts included in the sequence. However, the action is heightened further by the drama of the plot too. When Bond suspects that Madeleine has sold him out to SPECTRE they must try to resolve the situation mid-pursuit.

Ultimately this comes to no avail as the sequence ends sadly with Bond and Madeleine parting ways, just as the appropriately delicate Billie Ellish theme begins to play. This pre-title sequence is a fantastic representation of how, throughout Craig’s era as Bond the films have married action and story in an unparalleled way.

The pre-title sequence for The Living Daylights is not only the opening to the film, but also the introduction to Timothy Dalton as James Bond, and what an introduction it is. The sequence begins with Bond and two other 00 agents skydiving onto the Rock of Gibraltar, tasked with penetrating its radar installations. However, they quickly become the target of an assassin (Carl Rigg) who has infiltrated the training exercise.

As the mystery villain dispatches one of Bond’s fellow agents, Dalton is fully revealed. Hearing the screams of his colleague, he turns to the camera with his face in the wind, creating the coolest introductory shot of any Bond actor.

What follows is a thrilling action sequence that sees Bond pursue the assassin who killed his colleague. Bond jumps on top of the Land Rover they’re attempting to getaway in as they perilously drive along the cliff edges of the setting. It culminates in an excellent stunt that sees the Land Rover go over the edge and Bond escape by way of his parachute.

After landing on a woman’s yacht, the pre-title sequence ends with Bond introducing himself in the spy’s iconic way and delivering a brilliant one liner. In these short opening minutes Dalton proves himself to have all the charm of his predecessor, Roger Moore, but also with a new found ferocity that would help modernise the franchise, setting the blueprint for future incarnations of the cinematic secret agent.

A lot is packed into the opening of Skyfall, Craig’s third outing as Bond. In pursuit of a stolen list of MI6 agents, Bond teams up with Naomie Harris’ yet to be identified Moneypenny in an adrenaline-fuelled chase. It takes Bond from car to motorbike to train, and even at one point a digger.

This leads to a thrilling fight between Bond and assassin Patrice (Ola Rapace) on top of a moving train, with Moneypenny chasing alongside. It has the added bonus of Bond and Moneypenny being in communication with MI6, allowing Judi Dench’s M and Rory Kinnear’s Tanner to be a part of the sequence as well.

The constant flow of action, which is complimented by Thomas Newman’s bombastic score, and the dialogue between the agents in the field and their superiors in London, expertly adds to the urgency of the situation.

The culmination of the scene is a tense deliberation between Moneypenny and M about whether or not she should take a shot at Patrice who is mid-tussle with Bond on top of the train. M’s order to “Take the bloody shot!” is followed by Bond being caught in friendly fire and plummeting into the waters below. The striking climax takes the pace of this opening from 100mph to a shocking standstill, completing a truly fantastic pre-title sequence.

One factor that Pierce Brosnan’s Bond films have in common is that they all start with great, action-packed pre-title sequences. His second outing as Bond, Tomorrow Never Dies, sees him gathering intelligence at a terrorist hotspot on the Russian Border. MI6 staff and the military watch his footage live, and communicate with him throughout his mission. However, when the military orders a preemptive missile strike on the site without realising there are nuclear torpedoes in the vicinity, it’s a race against time for Bond to escape in one piece.

This is a pre-title sequence that’s paced to perfection. It starts slowly with Bond out of sight, allowing the MI6 staff to set the scene alongside the visuals. Then Bond bursts onto screen with a brilliant one-liner when he offers a light to one of the terrorists: “Filthy habit” he says, which of course is a wonderfully ironic nod to his character’s past indulgence. From this point on it’s all out action with guns ablazing and explosions galore, finishing with an excellent jet chase through the mountains.

Bond eventually defeats his enemy by using an old franchise favourite: the ejector seat. Then he signs off with the smoothest of communications with MI6 before the thrust of the jet engine transitions into the opening credits. Only 007 could make escaping an exploding terrorist base look so suave.

The World is Not Enough is another film that treats audiences to not one, but two action set-pieces in its pre-title sequence. Following a swift escape from a deal gone wrong with a Swiss banker in Bilbao, Bond returns to MI6 after recovering a sum of stolen money.

However, it’s no normal briefing as 007 has to spring into action once more after a bomb goes off inside the building. With an assassin (Maria Grazia Cucinotta) from the Bilbao sequence reappearing at the scene of the crime, what comes next is a truly epic boat chase along the river Thames.

The chase is full of jaw-dropping stunts, amusing touches of humour and quintessential Bond moments. It’s particularly effective thanks to Brosnan actually being behind the wheel for large portions of the chase. Of course he’s swapped out for stunt doubles Wade Eastwood and Gary Powell for the more dangerous sections. The latter of which performed the brilliant barrel roll where the boat spins 360 degrees in mid air.

Filming such an extensive sequence alongside such famous landmarks like the Houses of Parliament and the then Millennium Dome was a logistical nightmare for the crew. However, their hard work paid off in spades as they achieved the greatest aquatic chase of the entire franchise. The world may not be enough, but this pre-title sequence always will be.

Consisting of two main set-pieces: a submarine sequence and a ski chase, it’s the second part of this pair which gives The Spy Who Loved Me the very best Bond pre-title sequence ever. Summoned to investigate the events of the submarine sequence, MI6 pulls Roger Moore’s Bond out of a mission in Austria. He dons his yellow ski suit and takes to the slopes, but not before a group of Soviet agents attempt to take his life. The superb stunt and camera work in the subsequent ski chase, combined with Marvin Hamlisch’s disco-infused score creates a tremendously exhilarating sequence that never falters.

It concludes with one of the all-time greatest stunts, not only in the history of James Bond, but in all of cinema: Bond skiing off the edge of a cliff. As he free falls through the air the score is cut, leaving audiences watching in tense silence before he triumphantly releases his Union Jack parachute alongside the spy’s iconic theme song. Executed by stuntman Rick Sylvester; this death-defying stunt was accomplished in one take and saw an already excellent pre-title sequence elevated to true 00 heaven in unforgettable fashion. When it comes to pre-title sequences, nobody does it better than The Spy Who Loved Me.