15 of the Best Horror Movies On Netflix This Halloween 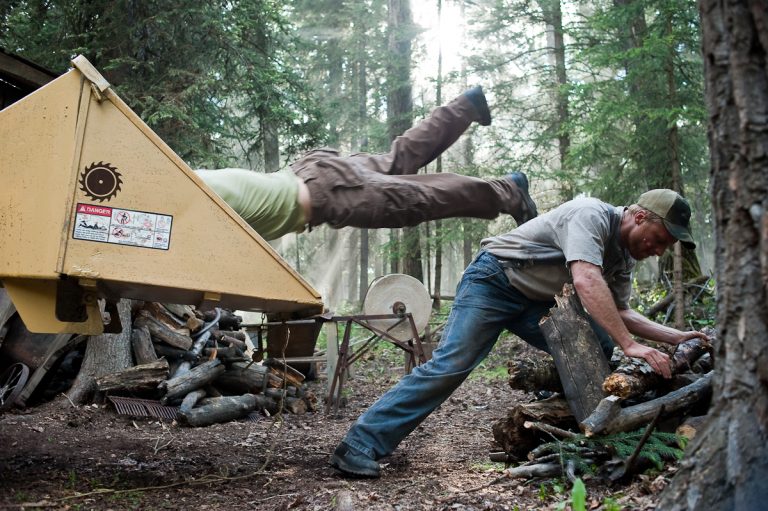 Fancy a movie marathon on All Hallow’s Eve but unsure what to watch? I’ve made life a lot easier for you with this hand-picked selection of the finest fright-fests currently available on the streaming service.

Mel Brooks’ best film is also one of the greatest comedies of all time, a stone-cold-genius mix of horror parody and side-splitting humour that will still be essential viewing many years from now. The late, great Gene Wilder gives his greatest performance as the grandson of the infamous mad scientist, who inherits a spooky castle and a certain lumbering monster. With an incredible supporting cast including Teri Garr and British comedy god Marty Feldman, no Halloween movie marathon is complete without it.

An unassuming indie flick which came out of nowhere to become the best horror movie of the last 10 years, It Follows is a fresh, bold take on the spectral-curse motif seen in movies like The Ring. David Robert Mitchell’s film is both a love letter to the work of John Carpenter and Stanley Kubrick but also a showcase for a dynamic new talent. Of all the films on this list, this will be the one that will have you thinking twice about turning off the light before you to bed.

A fingernail-eradicating experience if there ever was one. Loveable punks are under siege from murderous neo-Nazis in this brutal siege thriller from writer-director Jeremy Saulnier (also responsible for the awesome Blue Ruin), complete with a chilling turn from Patrick Stewart as the skinheads sinister ringleader. The idea of blood-thirsty fascists is, sadly, very plausible in 2017, making the horror of this feature all the more potent. And with a running time of 90 minutes, there’s not an ounce of fat on it. Still yourself for an visceral powerhouse of a movie with some truly brutal shocks.

The titanic head-to-head of our age, as two horror icons go mano-a-mano in between bouts of bumping off gormless pretty people. All the most beloved tropes of horror cinema are here – teens in peril? Check. Vulnerable nymphs padding around in their underwear? Check. Inventive deaths that could have been side-stepped by the victims if only they’d used some goddamn common sense? Check. The movie’s climactic brawl does justice to both its antagonists, and this is possibly the only mainstream horror movie to feature a member of Destiny’s Child in the cast. Daft as a brush but massive fun.

Mixing a sombre Aussie drama with an inescapable, murderous ghost doesn’t seem like box office gold, but this film was a big hit on release and with good reason, as it combines nail-biting scares with emotional turmoil to create something entirely new and different. After watching it you can enjoy the ongoing meme which tackles one of the most important questions of our time – is the titular spook actually gay?

Nicholas Winding Refn (director of Drive) returns with an arthouse horror movie that pays loving tribute to the work of Dario Argento, among others. Elle Fanning is perfectly cast as a seemingly-innocent ingenue who enters the world of modelling in a neon-lit Los Angeles, only to plunge into a sinister maelstrom which gradually turns her life into a waking nightmare. Special mention must go to Cliff Martinez’s amazing soundtrack and a stomach-churningly grisly climax.

What better way to honour the work of the recently-deceased Tobe Hooper (Poltergeist, The Texas Chainsaw Massacre) than with this underrated 80s gem? Stupendously ludicrous but also hugely enjoyable, it’s a heady stew whose main ingredients are spaceships, zombies, vampires and naked people. It may fall just short of greatness but it’s a hell of a ride. Also, you can enjoy all the British character actors chewing on the scenery while a scale model London gets obliterated by the undead.

This B-movie Jaws rip-off was meant to be an instant cash grab, but cinematic fate had other plans in store, as it became a smash hit cult classic which launched the career of Gremlins director Joe Dante, complete with a screenplay by the acclaimed John Sayles. The story is as lean and unforgiving as the carnivorous fish of the title, with plenty of knowing, satirical nods to disaster movie cliches. You’ll believe a fish can eat.

Phase IV is a movie best enjoyed in the wee small hours when conventional thinking has long since been discarded. Leaning more towards abstract sci-fi than straight horror, it premise is nonetheless inherently creepy: super-intelligent ants take over the world. No animatronics needed here, as director Saul Bass uses microscopic cameras and actual goddamn ants to create some extraordinary sequences. The tension gradually escalates until becomes nail-biting. Experimental and eerie, it’s a true one-off and an unforgettable experience. Essential.

It’s cowboys-versus-cannibals in this brilliant spin on the classic Western, with the always-fantastic Kurt Russell leading a small crew who must venture into a desolate, unforgiving wilderness on a rescue mission. Waiting for them is a nightmarish enemy that knows no mercy. Bone Tomahawk is elevated by a great script and a memorable cast of characters which the viewer is given plenty of time with before things inevitably go to shit. One scene in particular is so barbarous that it will have you reaching for the nearest pillow.

Tucker and Dale vs. Evil

Laugh-out-loud comedy-schlock with a heart of gold, as a pair of loveable, good-natured rednecks mistakenly cross paths with a group of vivacious college kids who mistake them for murderous sociopaths. One of the most enjoyably self-aware genre films in recent years, thanks to a great cast and a string of entertaining moments. All hail Alan Tudyk.

Sam Raimi oversaw this remake of his revered original, and what could have been a recipe for disaster is actually a hysterical triumph and hardcore gore heaven. You know the deal – a cabin in the woods, a bunch of naive youngsters and a certain book whose pages contain a bad time for all concerned. The archetypal Friday night movie, this is one that’s best enjoyed loud and in the company of friends who can shriek along with you as the terror unfolds.

Let The Right One In

This Scandinavian horror-noir was a sensation when it was first released in 2009. Nearly ten years later it still holds up, mixing a tender coming-of-age story with a chilling vampire tale to stunning effect. Like so many of its kind, it was remade for an American audience but the Swedish original remains completely untouchable.

It took 10 years to make and polarised audiences on release (to this day it’s still the only film I’ve seen people walk out at the cinema over), but Jonathan Glazer’s third movie is high art and an out-and-out masterpiece. Hallucinatory, beautiful and disturbing, we watch Scarlett Johansson as she prowls the streets Glasgow in order to find victims for…what, exactly? Turn your rational brain off and immerse yourself in a stunning nightmare that is simply incredible to look at and listen to.

The Cabin In The Woods

Drew Goddard and co-writer Joss Whedon took their love of horror movies and created a film that is equal parts homage and thrill-ride. Probably one of the less scary movies on this list, it’s still a blast to watch, bursting with invention and the sort of sparkling dialogue that Whedon is renowned for. The less you know about this film the better, owing to its post-modern plot, but horror geeks will enjoy getting their fangs into the spectacular denouement.