Stuck on the toilet? These will help. 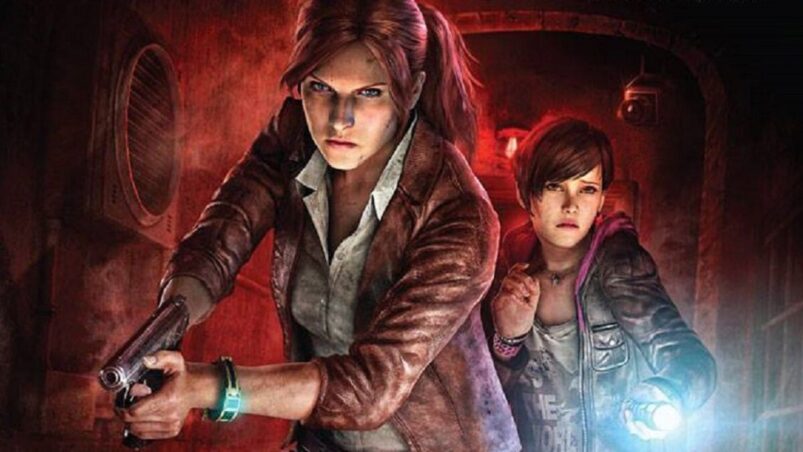 Handheld gaming used to be about cute pixels and fun platformers, but soon gamers and developers wanted to explore the darker side of the Game Boy, PlayStation Portable, 3DS and PS Vita. Check out the best handheld horror games that will ensure nightmares rather than sweet dreams when playing under the duvet.

Early Game Boy horror titles were limited to the likes of Buffy the Vampire Slayer and Scooby Doo, but developers wanted to push the “family-friendly” boundary. What better than the Alien series with Ripley’s adventures while trapped on Fury 161.

Unlike other versions, the Game Boy edition is limited to an overhead perspective. But the green shades of the GB screen help build a decent recreation of alien lairs and the bleak form of prison buildings.

Alien 3 loosely follows the film’s plot, but Ripley has a range of weapons to make the gameplay more exciting, trying to save prisoners while fighting off aliens, eggs and facehuggers, as the plot rushes along to the Alien Queen end battle and a chance to use Bishop’s mangled head as a way off the planet.

The Starship Damrey is a short and tricky horror puzzler that’s slightly removed from the usual horror fare as the character is stuck in their cold sleep bunk. Therefore, you have to use a cute shiny robot, AR-7, to explore and solve the puzzles that will explain why the Damrey has gone wrong.

The game uses the 3D effect of the Nintendo 3DS to add a little depth to those dark maintenance tunnels while mechanical sounds provide the suitably eerie audioscape.

With little guidance, this is a game that’s very much left to the player to sort out, searching crew member’s desks and finding items to fix the ship, with various endings to uncover. Who is the girl in the sunhat and what to do with those pesky space leeches? The Starship Damrey is spooky, simple, slow-paced fun with alien mysteries to uncover before freeing the crew.

For those who thought the Nintendo DS couldn’t do 3D well, Renegade Kid was happy to prove them wrong, at 60fps no less. Not only does the 3D engine push the platform to its limits with slick Resident Evil-style 3D, Dementium: The Ward uses the dual-screens to best effect, with your pulse tracked along the lower screen with easy access to menu items.

The gameplay remains familiar to survival horror fans. Our amnesiac hero William Redmoor wakes up in a wrecked hospital and he must find keycards needed to open doors and get down the stairwells or elevators to escape. Solving little puzzles as the plot is slowly revealed through bloodstained notes and newspaper articles, with bouts of gunplay while conserving your limited ammo, Dementium is grotesque fun.

With innovative tweaks like the wheelchair chase scene, there’s plenty of drama along the way towards the game’s shock ending. Note, there’s a remaster on 3DS if you want to play a better-looking version.

The visual flair of the Resident Evil series has always demanded much of the latest consoles, so a portable edition would always have to make a few sacrifices. That’s not to say that these versions aren’t fun, but the palette is a little toned down and there are some juddery moments across the episodic tale set around the time of RE5.

Barry Burton and his daughter Moira are the key figures in this twisting, twisted tale. Broken into chapters with multiple endings, there’s plenty of crawling and sprinting around prisons and factories as the overlord’s scheme and the undead lurch around, all with a Kafkaesque theme behind the overall plot.

Claire Redfield kicks things off, attending a posh party, but she and other guests are soon kidnapped by goons, ending up in a cell with a strange device attached to her wrist. The bracelets change color in response to fear, get too scared and you risk becoming a zombie.

With a strong bond between characters thanks to the equally strong story, keeping them protected has extra impetus while the traditional elements like a constant search for more ammo both frustrate and add plenty of tension.

Yes, Game Boy titles are still being made, and with Nintendo having lost interest, they can be as scary as we like. Deadeus is the tale of a child whose eyeball-bulging nightmare says everyone in his village will die in three days.

Across those three days, there’s plenty of adventuring to be done, all presented in that typical RPG style but with a hint of menace from the gloomy church, the library with some very weird reading material and a town full of strange places and people.

The story soon descends into dark rituals, missing children, murder and worse. There are multiple endings to stretch out the play-time a bit, as our hero collects flowers and looks for uses for the keys he finds, finding the differences as the days tick down to some occult doom.

Deadeus is also available for the Evercade in the Indie Heroes collection if you don’t have a Game Boy to hand.

Asian schools are fertile terrain for horror in movies. Even so, Detention is set in Taiwan during the turbulent 60s and an unseasonal typhoon, a unique setting. Finding themselves locked in a school where ghosts patrol the halls, two pupils must figure a way out. Detention is scary, haunting and soul-searching with the country’s political and military past all playing a part in the tale.

With their oversaturated white school uniforms, the characters stand out from the subtle backgrounds. “Are they the ghosts?” is the first question a player might ask. Then, fighting through the ever-building tension, there are various endings to find. Solving challenges in the darker recesses off the school, or slowly creeping around the halls, holding your breath to avoid alerting the ghosts.

Puzzles like setting ticking clocks, rotating family pictures and interacting with cracked mirrors, with judicious use of turning the lights on and off will help you get through to one conclusion, but is there a truly good ending in this bleak but charming adventure?

Portable game devices have cameras and other sensors making them great for beyond-the-screen games, but few efforts truly take the medium seriously. One that tried to do just that is Tecmo’s Spirit Camera, a spin-off of the Fatal Frame games, where augmented reality creates ghosts within “our” world that need to be defeated.

They come from a Japanese Diary of Faces, an actual diary in the game box that animates when viewed through the camera. Some pages show video segments revealing events that reveal parts of the plot. Others appear to send spirits floating into players’ real-world surroundings.

Turning the 3DS around helps locate the ghosts, which you can photograph to damage them, with secrets and mysteries to be explored, players must gain spirit power to defeat the monsters.

Until we have our very own Paranormal Activity game that’s smart enough to put realistic ghosts in our house, this will have to do with some great atmosphere, even if the technology slightly lets things down.

What could be harmful about a cute little platformer? Well, that baby’s head is upside down. Her balloon represents life and the world she’s crossing is full of Beetlejuice-style creatures looking to chew her up.

Murasaki Baby is an Italian creation, using the Vita’s touchscreen and rear touch-pad in innovative ways to control Baby by holding her hand, protect her balloon by keeping it away from harm and switching between backgrounds that provide ways to progress across each level.

Some backgrounds provide rain to flood areas or raise platforms. The wind can blow nasties away while a scare ‘em level makes them hide. Using these gimmicks in combination with deft fingerwork helps Baby get through. With stylish, stark, visuals and an impressive sound scheme, there is lots to love in this unsettling and unique platform puzzle game.

The third entry in the Parasite Eve series, notorious as Square Enix’s first games with an “M” or “15” rating. The Third Birthday plays a little looser with the source material and ramps up the action, going from the Resident Evil-style of the previous games to more of a shooter focus as massive monsters appear around New York.

The plot weaves in plenty of characters and ideas from the previous games, as Aya Brea is back for more action, after a bout of amnesia. The Third Birthday gives the PSP the chance to show off its shooter prowess, with some role-playing and tactical mechanics to keep the action manageable. One is the Overdive power where Aya can take over other team members in a battle to change the dynamics of an attack. In between battles, she uses DNA mutations and smart chips to max her abilities and skills. It’s a lot to take in, with plenty of scares and shocks along the way, which always seems better from down the right end of a sniper scope.

The Third Birthday is packed with Square’s signature high-quality cut scenes, a soaring soundtrack and plenty of action to advance the story. And the monsters range from manageable bugs and skittering many-limbed fodder for the indoor scenes to car-lot-dominating beasts as The Twisted and The High Ones factions battle for control of Aya and the city.

Silent Hill has delivered scares across the PlayStation generations up to the PS3, with gamers still demanding more. Silent Hill: Origins is a prequel story that sets the scene and brings the series to handheld gamers (and does it a lot better than the Vita spin-off Book of Memories).

In Origins, nightmare-haunted trucker Travis Grady is taking a shortcut and ends up in Silent Hill, struggling to tell what’s real and what’s in his mind. Having rescued a girl from a satanic scene in a burning home, he passes out and wakes up in the fog-bound town with the PSP’s processing power creating claustrophobic scenes.

Stunning use of fire and smoke hem Travis in in some scenes, while others are bookended by “cineractive” moments where the control systems change automatically as the situations change, moving between fights, exploring and cut-scenes. Filters and screen shake add subtle levels of disquiet as Origins ramps up the fear factor.

In the hospital on the search for the girl, Silent Hill: Origins dives into Travis’s memories through mirrors that aren’t, into alternate realities and consciousness. Beating up the undead and finding clues to unravel the mystery and advance the plot, heading back across the familiar town to an epic ending, Origins is top-level Silent Hill fare, easily worth top spot among the best handheld horror games, and a portable miracle (or nightmare) of entertainment.

READ NEXT: The Best Psychological Horror Games of All Time