It isn't all about high fantasy. 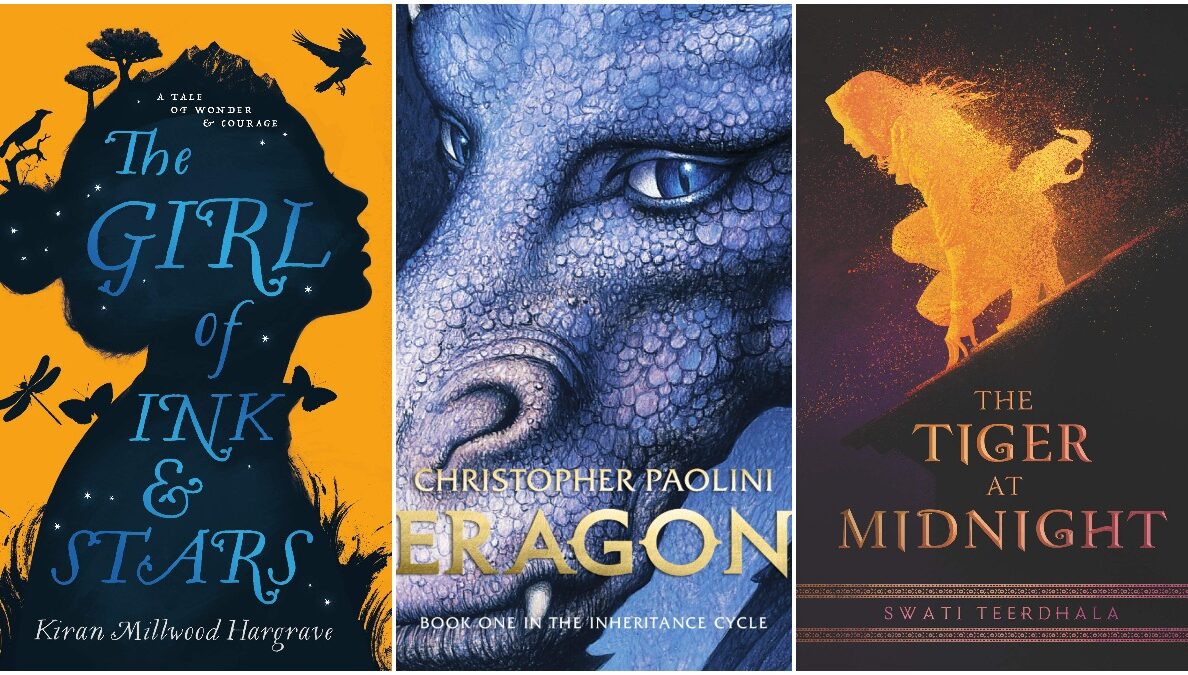 Choosing just some of the best fantasy books for teens is a monumental task. Thanks to the boom in YA publishing over the past few decades, there are so many excellent books to pick from, and so many authors who had to be left off this list. Hopefully, this roundup has a little something for everyone. Whether you are a hardened fantasy fan, just starting to explore the genre, looking for a classic or something a little newer, this selection of the best fantasy books for teens has you covered.

The Best Fantasy Books For Teens

Children Of Blood And Bone, the first in the Legacy of Orïsha series, is one of the newer books on this list, but back when it was released in 2018 it was such a big deal that it definitely needs to be counted as one of the major successes in teen fantasy. The second book, Children Of Virtue And Vengeance is out too, if this one has you gripped from first read.

Zélie remembers the magic that has disappeared from her homeland – her mother died the night that anyone with magic abilities was murdered. Zélie wants to bring the magic back and fight back against the monarchy that is oppressing its use. Firstly though, she has to learn to control her power.

Christopher Paolini was just fifteen himself when he first conceived of Eragon, the first book in what would go on to become The Inheritance Cycle series. Eragon is not the greatest book ever written, but its popularity has endured to this day and it is a great book for younger teens to really dig into. There is no denying the richness of Paolini’s imagination.

Eragon is a poor farm boy who one day finds a polished stone. Thinking he will be able to feed his family for the winter, he takes it home, only for the stone to hatch into a baby dragon. Eragon soon finds himself mixed up in a world of magic and evil kings, where the fate of the Empire might rest on his shoulders.

3. The Gilded Ones – Namina Forma

The Gilded Ones is another newer entry for this list, but once again, it has already more than earned its place in the selection of the best fantasy books for teens. High fantasy can be, unfortunately, still a world where diverse characters and authors are struggling to break through. The Gilded Ones is an uncompromising success story in both those regards.

Deka prays for her blood to run red on the day of her ceremony to determine if she can become a member of the village. But her blood runs gold instead, and she will face a fate worse than death. That is, until a woman comes to her and offers Deka the chance to fight in an army of immortals charged with protecting the empire.

Kiran Millwood Hargrave’s debut was a smash success when it first came out 2016. People could not get enough of this book. It has a slightly younger target reading age than most of the books on this list, but for any young person who might feel intimidated by the much longer tomes, The Girl of Ink & Stars could be the best fantasy books for teens that they pick up.

Hargrave writes like she has dredged up a millennia old myth and is just transcribing it for modern readers. Isabella Riosse is forbidden from leaving her island, but dreams of adventure and the maps her father once made. When her friend goes missing in the island’s Forgotten Territories, Isabella volunteers to go looking for them and finds that the island is a monster-ridden wasteland.

At the other end of the spectrum is Good Omens, a novel that will be a great read for older or more confident readers. It hardly needs introducing; Terry Pratchett and Neil Gaiman are two of the most popular fantasy authors of their generation, and their team up novel Good Omens is a widely celebrated piece of work. It is great introduction for older teens to their work.

This is another work that needs no introduction, but no list of the best fantasy books for teens would be complete with The Lord Of The Rings trilogy.

It has been a gateway into the world of fantasy for so many people over the years, and continues to be almost 70 years later. The Hobbit is a good book for younger readers, but teens who really want to get their teeth into a high fantasy epic should definitely give this classic a go.

The hobbit Frodo is charged with carrying the magical One Ring from his quiet home in Hobbiton all the way to Mount Doom in Mordor, where it must be destroyed before its creator Sauron can regain his strength and pour his destructive evil army over Middle Earth. Frodo is helped along his way by a cast of beloved characters, all of whom are fighting for the very future of Middle Earth itself.

It is hard to believe that this novel is celebrating ten years this year, but a decade old it is – and it still is one of the best fantasy books for teens. It is also squarely a contemporary fantasy, which are some of the hardest ones to get right and make really compelling – but Riggs is a great author, full of creativity and adventure.

Following a family tragedy, 16 year old Jacob ends up on a remote island off the coast of Wales, where he finds the ruins of Miss Peregrine’s house. As he explores the house, Jacob begins to realise that the children who lived there may have been dangerous, and perhaps even quarantined because of it. They might also still be alive.

Northern Lights, the first in Pullman’s His Dark Materials trilogy, is a book that sets the bar for just how good fantasy written for young people can really be. Pullman’s writing is elegant and easy to read, but he never talks down to his audience or patronises them. In fact, he deals with some very difficult concepts – such as religion, crisis of faith and indoctrination – and always trusts his readers to follow him along the path.

In this first book, which is also known as The Golden Compass in North America, Lyra Belacqua is a young girl who lives in a world parallel to ours, spending her childhood climbing over the rooftops of Oxford University with her daemon, Pan. Local children have been going missing, and much of the first book focuses on Lyra’s search for them – and during her search she becomes embroiled in a war of cosmic and world-shattering proportions.

The King Arthur stories were some of the original fantasy tales, and T.H White’s The Once And Future King, based loosely on the versions written down by Thomas Malory in the 1400s, are fantasy through and through. Again, the reading age might be aimed at people slightly younger than teenage, but White’s storytelling is so utterly compelling that anyone of any age can read and enjoy his work.

Anyone who has seen the Disney film The Sword In The Stone will recognise that version of the story here, but White also tackles other parts of the Arthurian mythology, such as Lancelot’s story in The Ill-Made Knight. What makes White’s versions of these stories so wonderful is the philosophical and charmingly anachronistic way he tells his tales.

Garth Nix’s Sabriel is an endearingly popular fantasy for teens, a high fantasy about sacrifice and the nature of coming to terms with yourself. It also deals heavily with loss and grief, and some of these more mature themes make it an excellent book for those a little bit older. It also features a female protagonist; not such an outstanding thing these days, but back in 1995 when it was published, that was much less common.

Sabriel attends a school in Ancelstierre, a country that has little to do with the magic in the Old Kingdom. But when her father, the man charged with putting the dead to rest over the border in the Old Kingdom, goes missing, Sabriel knows it will be up to her to venture into the land of Free Magic and find him.

11. The Tiger At Midnight – Swati Teerdhala

Esha is a highly skilled assassin with one goal; take down General Hotha. Kunal is General Hotha’s nephew, trained from birth to serve and protect the king. When Esha and Kunal come across one another, neither quite knows who is calling the shots – and someone else is making moves that will drive the land apart.

If you’re looking for an urban fantasy romance set in Seoul, inspired by k-dramas and drawing more inspiration from Korean mythology then look no further than Wicked Fox, the first in Kat Cho’s Gumiho series. Sometimes fantasy needs to wear its heart on its sleeve, and Wicked Fox definitely does that.

Miyoung is a gumiho, a nine-tailed fox who has to devour the essence of men to survive – and she is fine with that. There’s plenty of evil men in Seoul to feed on. But once day, Miyoung saves the life of a human boy, Jihoon, and loses her gumiho soul. Jihoon doesn’t mind that Miyoung is a gumiho – but when being reunited with her soul goes terribly wrong, Miyoung has to choose between herself and Jihoon.

READ NEXT: The Best Dystopian Books For Teens