The Very Best of Edinburgh Fringe 2017 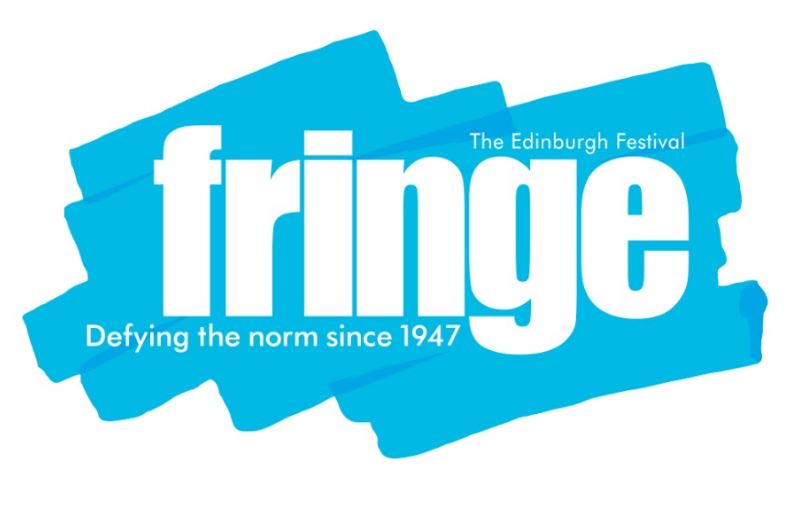 Each year I attempt to make an annual pilgrimage to what I can only describe as the most beautiful city in the world. Every year during the month of August, the city is taken over by various festivals, becoming home to music, literary, film, gaming, fringe and arts festivals, earning it the moniker of the adopted home for the creative arts.

I tend to visit the Fringe festival annually, but for 2017 I have decided to put together some short reviews. So if you’re looking for something to watch at the fringe, then look no further. It’s nearly at an end, so why not book tickets for these guys while there’s still time?

Tom Neenan: Attenborough
Tom Neenan returns to the Fringe with his fourth show in four years. His one man shows have been some of the most memorable shows to see at the festival and have garnered rave reviews. His latest show follows the basic same setup as his previous shows: Vaudeville, The Andromeda Paradox and The Haunting of Lopham House. Neenan himself plays all the parts and he’s usually helped by no one, but this time he has the help of a trusty projector.

David Attenborough’s latest documentary has flopped, and is offered one more chance by the BBC. He’s tasked with filming and documenting Bigfoot for the new head of BBC factual programming. He travels to America to shoot the footage and on his way meets various people, including locals and a villainous South African poacher.

Tom Neenan proved once again to be a star in waiting. His show was fast paced, well written and hilarious. I have never witnessed anyone perform a one man act as well as Neenan can and I would urge everyone at the Fringe who is looking for an alternative to stand up coming to give the show a chance. Easily the best show.

Richard Herring: Oh Frig, I’m 50
Richard Herring has returned to the Edinburgh Fringe this year, after taking a couple of years off. Previously he’d performed at Fringe for a decade from 2004 onwards, his last fringe show was Lord of the Dance Settee in 2014. Back in 2007 he performed Oh Fuck, I’m 40, and liked the idea of doing a show every 10 years in which he’d reassess his life at that point. Ten years later, we have a sequel.

Herring is more popular than ever, thanks to the Metro Newspaper Column and one of the best podcasts available today, Richard Herring’s Leicester Square Theatre Podcast. Herring himself can be quite a polarizing figure however, as his stand up can be abrasive and uncompromising – you either like him or hate him. He has gained a own cult following over the last decade and it’s easy to see why.

Richard Herring is one of the best stand up writers on the circuit today, and Oh Frig, I’m 50 is proof of that. During the past ten years he’s grown somewhat as a person, and Herring will be the first to admit that. Having followed him since the mid-2000’s, and being aware of him from the late 90’s onwards, Oh Frig, I’m 50 is one of the best put together shows on the Fringe this year. One bad point is that much of his act is based upon things that have happened in his personal life, of which he speaks about frequently on social media, meaning that Herring fans will know the punchline before the end. Then again, his delivery is worth hearing it all over again.

Mars Actually – Superbolt Theatre
Way back in the year of 2016, I bore witness to one of my favourite Fringe shows of all-time. That show is now known as The Jurassic Parks, a hilarious yet touching tale of a family dealing with the loss of their mother, and their love of the movie Jurassic Park. This show very well received and has garnered a cult following. I awaited to see what their next move would be.

That move would be Mars Actually. An entirely original tale, so this time they didn’t have the movie Jurassic Park to form the backbone of their story arc. The question is, could they do it? Would it be any good? Luckily, the answer to these questions is yes and yes. The show follows three Martians after their return to Earth after growing up on a Mars colony. Gracey, Chuck and Conway discuss their experiences on Mars, and their life trying to adjust to living on Earth.

Mars Actually portrays its plot via several different mediums comedy, drama and physical theatre are all employed here to good use to convey the funny, mysterious and touching story. What sets Mars Actually apart from most other Fringe shows is the shifts in tone between silly jokes and laughs to deep meaningful plot to touching physical scenes which explain the plot with no dialogue whatsoever.

Superbolt Theatre is a company to watch and for me it’s the one true highlight of the Fringe, and I’m already looking forward to what they serve up next.

A Heart At Sea – Half A String
When a young boy suffers a heartbreaking event in his life, his reaction to get over his sadness is to remove his heart, place it into a jar and cast it into the sea. A Heart At Sea fuses together puppetry and folk music to create a magical journey across the ocean.

The whole play is performed by just two performers: Peter Morton and Avi Summers. Morton performs much of the puppetry work and Summers plays guitar and handles much of the singing duties. Both help to voice the characters, which often speak through the medium of song.

The undoubted star of the show, however, is Morton’s large wooden box. It sit upon the stage, large and immediately noticeable, with several compartments and various latches and catches. Through the act each compartment is opened and revealed, which is itself a micro-set for the puppets to act within. This box is a work of crafting masterwork. Even at the end of the show when he opens up the box in its (near) entirety, I still cannot figure how it all went together.

Its beautifully crafted, the music and art work are all beautifully made and the performers all do a wonderful job of bringing the world of A Heart At Sea to life. Charming and wondrous for both adults and children alike.

The Road That Wasn’t There – Trick of the Light
In 2016 I was lucky enough to get to see The Bookbinder by Trick of the Light, a adventure focussing on storytelling, paper artwork, shadow puppetry and lighting work. It was one of the highlights of last year and so was perfectly put together, so when I heard that Trick of the Light were back with a bigger, more elaborate show I had to see it.

The Road That Wasn’t There takes the magical feel of The Bookbinder, adds a larger stage and an expanded world and tells the story of a son and her tall-tale telling mother who claims to have knowledge of another world. When he returns from London to the small village where he grew up upon hearing reports of her erratic behaviour, he visits the family home.

Through theatre and puppetry the story of how his mother met his father. The set is immediately captivating, with washing lines stretched over the stage with maps hanging from each one. The play is slow to get going, but at a certain point you begin to realise that is the point. This play builds and builds, becoming more and more tense and at points, kinda scary.

The performances in the show are great but it’s the puppet work that really shines, acting as the flashbacks for the mother and father’s mysterious and magical past. It’s bigger and more ambitious than Trick of the Light’s previous show, but it seems as though the gamble has paid off and is therefore one of my top picks for the Fringe.

That’s all for 2017, folks. Keep an eye out for these guys touring around the UK (and the world) and until next year, happy Fringe!