The New 52, Flashpoint, DC Rebirth - it's been a transformative decade for DC comics 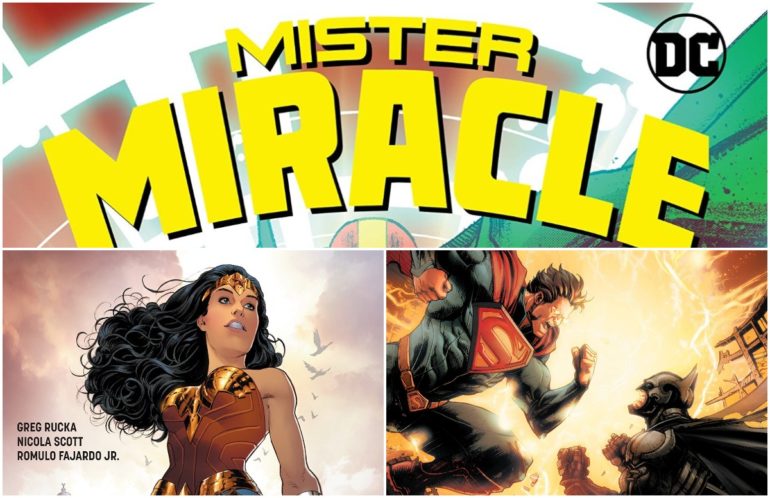 To say DC Comics had a transformative decade would be an understatement. DC decided to change their status quo by writing Flashpoint, and in September 2011, they launched the New 52. The New 52 revamped their entire comic line by scrapping all previous series and starting fresh with a reboot that had 52 new titles. It did well to increase DC’s market share but had its fair share of criticism. Most of its duration had mixed reactions claiming that the stories felt too dark, and were trying to be edgy.

DC then scrapped the New 52 by doing a soft reboot called DC Rebirth. It managed to combine elements from the New 52 and the pre-Flashpoint timeline to appease new and old fans alike. They even got Brian Michael Bendis (longtime Marvel writer) to write for DC with titles like The Man of Steel and Event Leviathan.

To celebrate the decade and DC Comics, we’re going to countdown the best DC Comics stories of the 2010s. 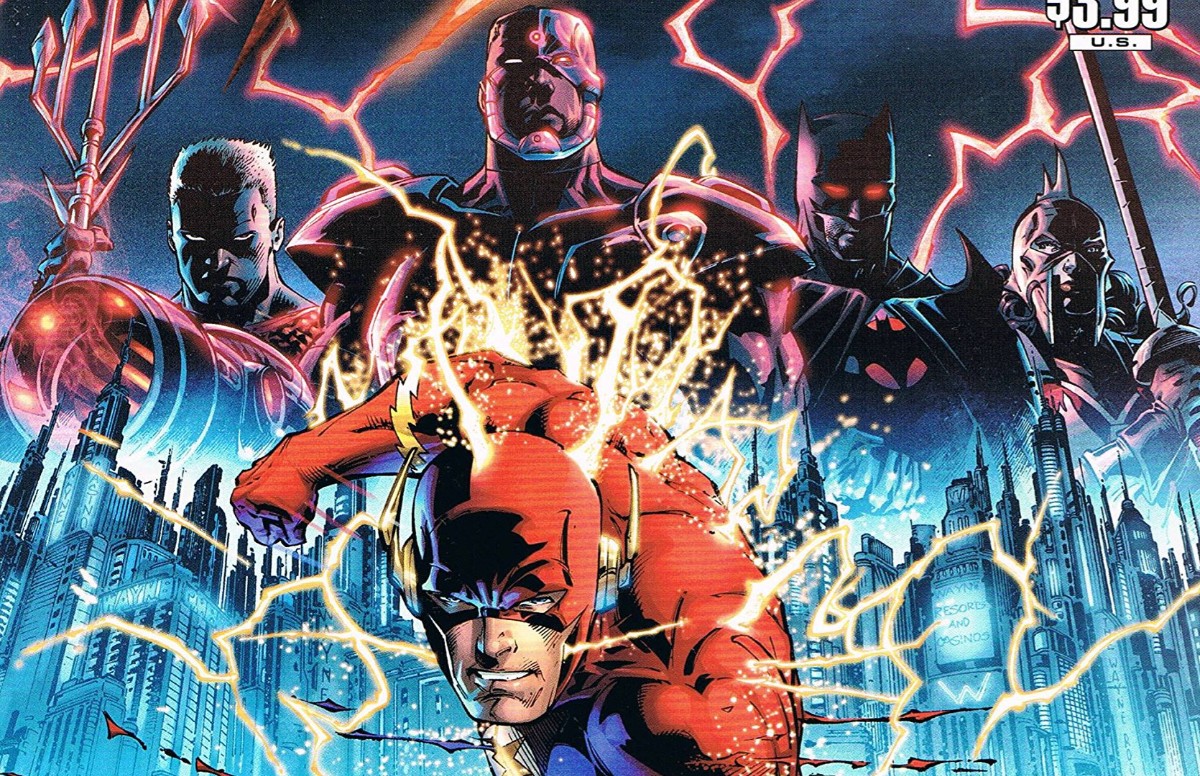 The story that changed DC Comics as we know it, Flashpoint focuses on Barry Allen, who wakes up to find that his mom is alive, and he has no powers. The world is on the brink of destruction as Atlanteans and Amazonians have raged war against each other. Now Barry must gain his powers back and fix the timeline before it’s too late.

Despite being a large DC event, it’s still a Flash story at heart. To see him with his mom is equal parts heartbreaking and heartwarming. It also features one of the best alternative Batmans we’ve seen, with Thomas Wayne as the Bat. The twists that they do with Batman are very fascinating to read. Combining great development for the Flash and great action, Flashpoint is a must-read for any DC fan. 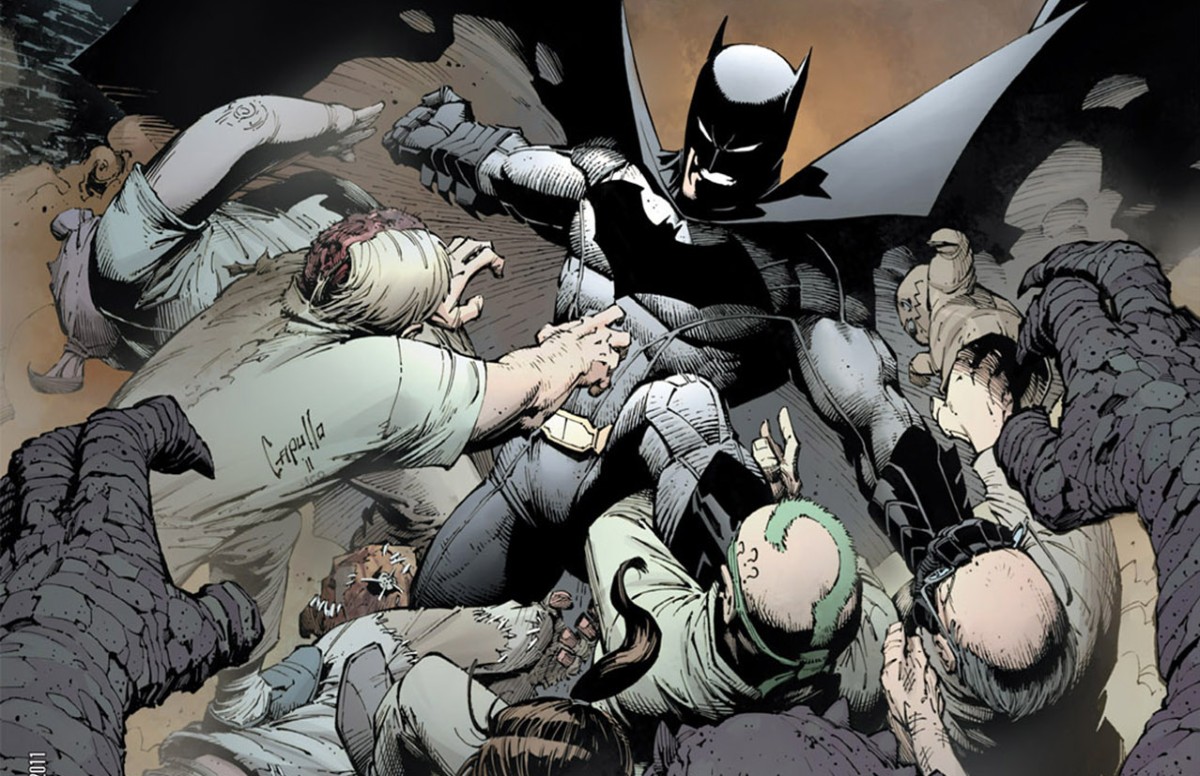 The New 52 wasn’t a smooth transition for a lot of DC fans, but one title they’ll agree is the best one is Scott Snyder and Greg Capullo’s run on Batman. Their first story, Court of Owls, involves Batman discovering a secret society in Gotham dating back to the beginnings of the city. Court of Owls has active elements of horror and suspense mixed in. The secret society of Gotham makes it feel like the city is more of a character than just a location. We get to know the history of the city dating back to its origins as they have a strong influence on Gotham.

Also, the Talons (the foot soldiers of the court) are terrifying. They can’t be stopped and do a sufficient job of breaking down Batman. Capullo’s breathtaking art is amazing and has one of my favorite panels of Bruce Wayne. He’s standing on a gargoyle with the dawn rising as he’s looking down at the city after brutally beating a Talon. After this story, you’ll want to binge Snyder’s whole run. 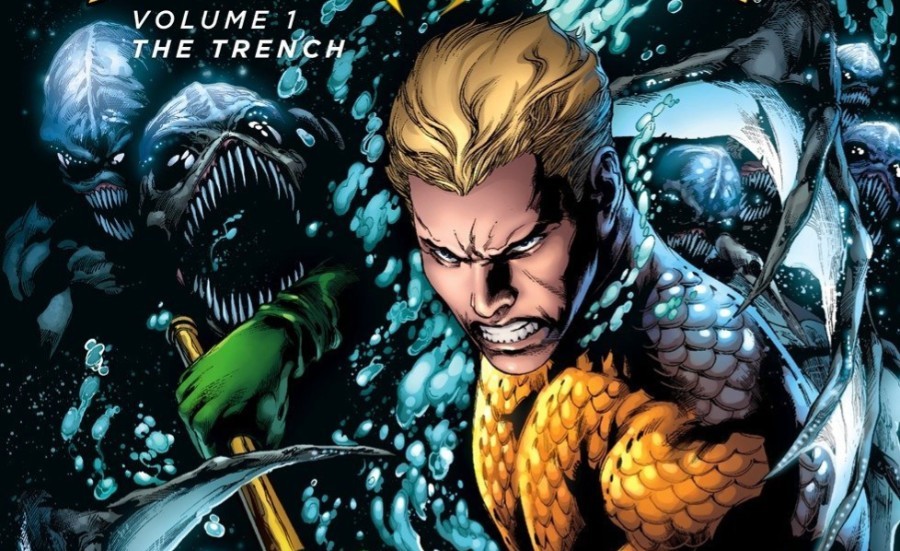 Before Jason Momoa played Aquaman, the character was treated as a joke in pop culture. He’s the guy who can talk to fish, and only uses his powers underwater. Well, Geoff Johns decided to play into the misconceptions and show everyone how great Aquaman is in The Trench. In this story, everyone treats Aquaman as a joke. Cops are embarrassed that Aquaman stopped a shootout before they did, people assume he talks to fish, and he’s made fun of on Saturday Night Live. Yet Arthur Curry doesn’t have time for this.

It leads to a great moment when someone rudely interrupts Aquaman during lunch and asks him how he feels to be no one’s favorite superhero. Arthur looks at him straight in the eye and slowly pulls out his trident. Besides playing against tropes, The Trench features a stunning look at Atlantis and the Trench. You can definitely see where James Wan got his inspiration when making the Aquaman movie. This comic has some strong horror vibes, as these creatures are frightening. If you still think Aquaman is a joke, then you need to read The Trench immediately.

7. Injustice: Gods Among Us Year One (2013): Written by Tom Taylor, Illustrated by Jeremy Raapack and Mike S. Miller 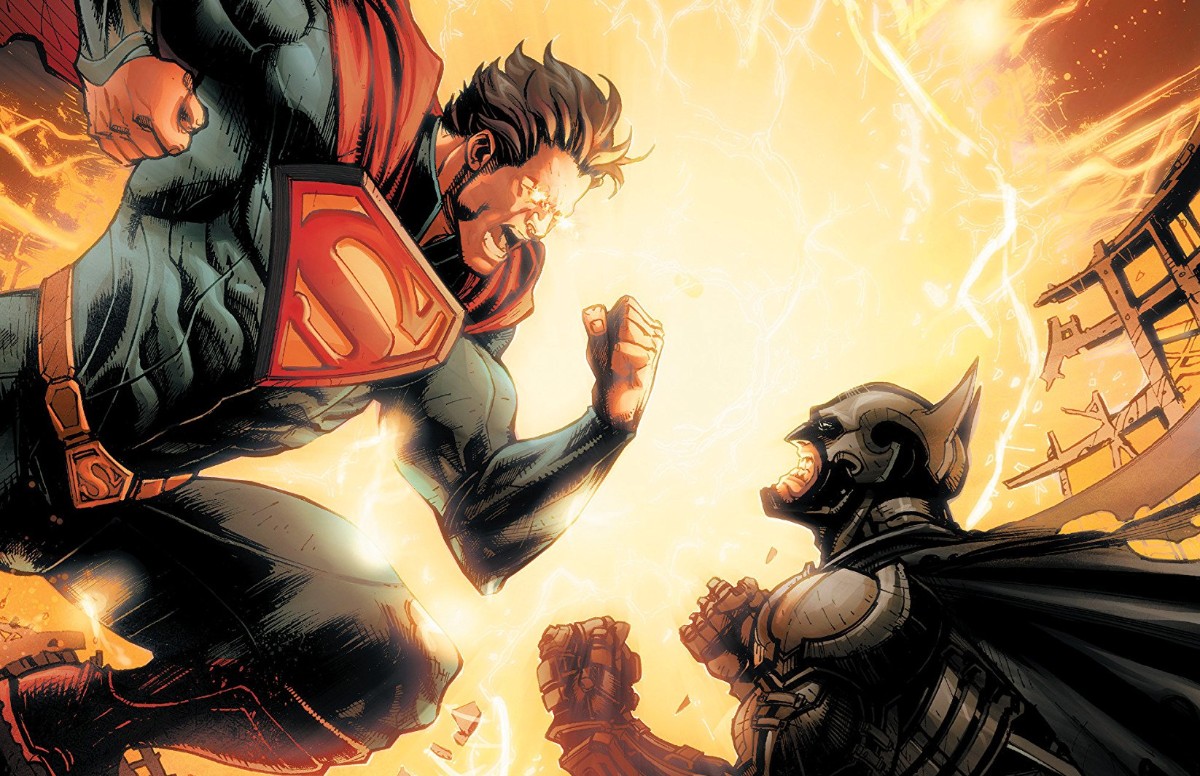 The Injustice: Gods Among Us game features a brilliant campaign that has Batman, Green Lantern, Green Arrow, Aquaman, and Wonder Woman accidentally travelling to another Earth where Superman rules the world. This tie-in series shows what led to this point, and how Superman and Batman became enemies. Honestly, this series shouldn’t be as good as it is. It’s a tie-in comic that could have no effort.

Still, Tom Taylor does a brilliant job of blending tragedy, drama, action, and comedy (especially from Green Arrow and Harley Quinn) altogether. Every character gets a standout moment that leaves quite an impact. The conflict of Batman and Superman is at the forefront as it deals with a broken friendship that leads to heartbreak. It leads to one of the best Batman vs. Superman fights. A comic so good that it’ll make you want to play Injustice all over again. 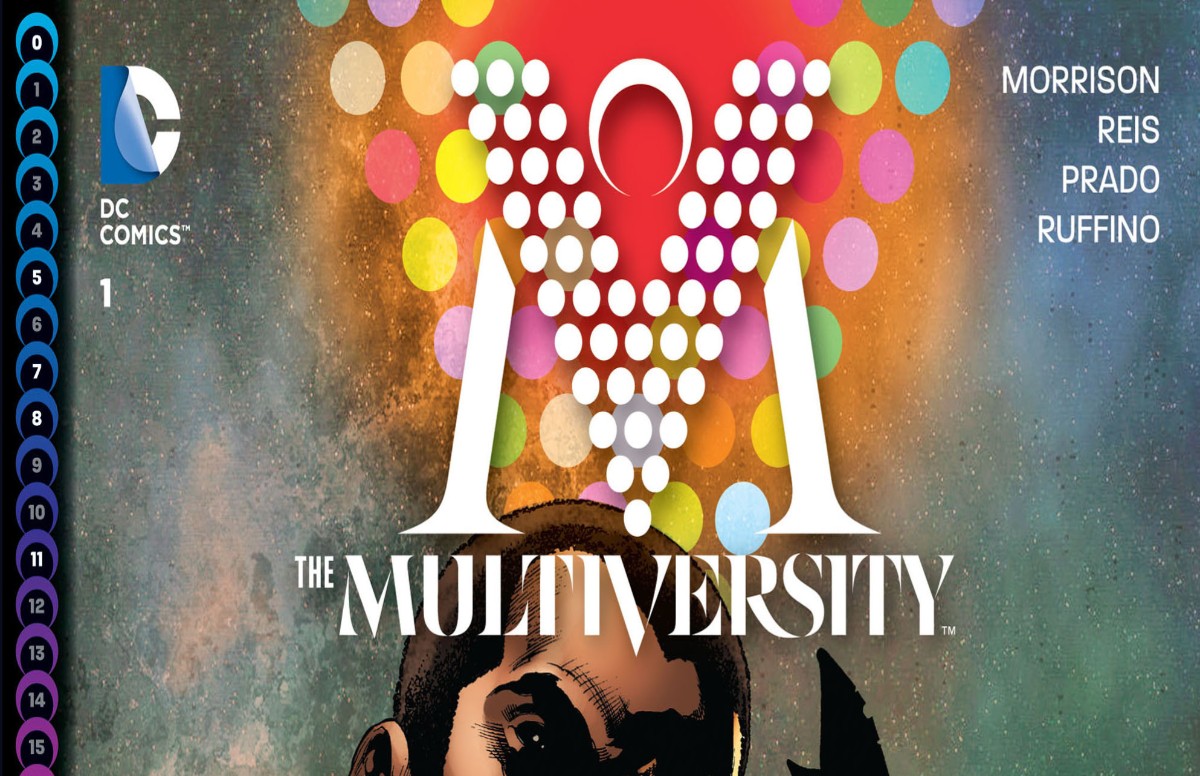 If there’s one word to describe Multiversity, it would be madness. Grant Morrison takes a deep dive into the craziness that is the multiverse, an infinite amount of universes. The Multiversity is a series of one-shots that shows each world from the multiverse. They range from a world where the focus is on the kids of legacy characters (Batman, Lex Luthor, etc.), to a world where the Nazis won World War 2 thanks to Superman’s rocket crashing in Germany, and many more.

Besides Morrison’s brilliant writing, each issue is drawn by a different artist, setting its own tone and atmosphere for each world. It’s so good that I’ll gladly read a series that’s based on one of these issues. Morrison also has a guidebook to the multiverse, which shows off a majority of the Earths with their own art style and description of the world. It’s a crazy fun dive into the rabbit hole that’s all things DC. 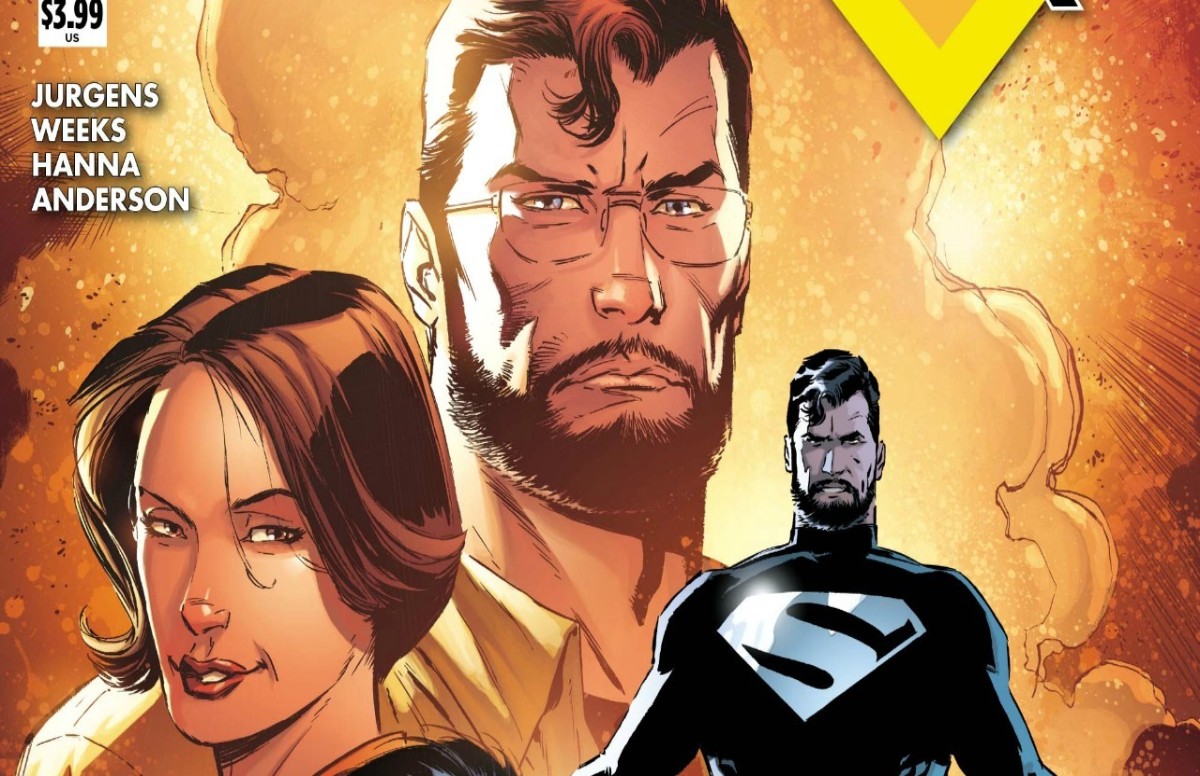 We’ve seen many sides of Superman, but seeing him as a dad brings such a fascinating look at the character. It deals with pre-flashpoint Superman and Lois Lane arriving at the beginning of New 52, having to live in secret while raising their son, Jon. To see Superman as a father feels like a fresh breath of air for the character. It’s reminiscent of Jonathan and Martha Kent raising Clark as they figure out his origins and power. Only this time, Clark and Lois hailing from before Flashpoint have to adapt to the New 52, which they describe as a cold empty place.

Jurgen is smart not to have the conflict within the Kent family, but to have the family go up against the world. You can feel the warmth and compassion that the Kent family has for Jon. It’s a fantastic start to an amazing run that should be highly recommended by anyone who still thinks Superman is bland. 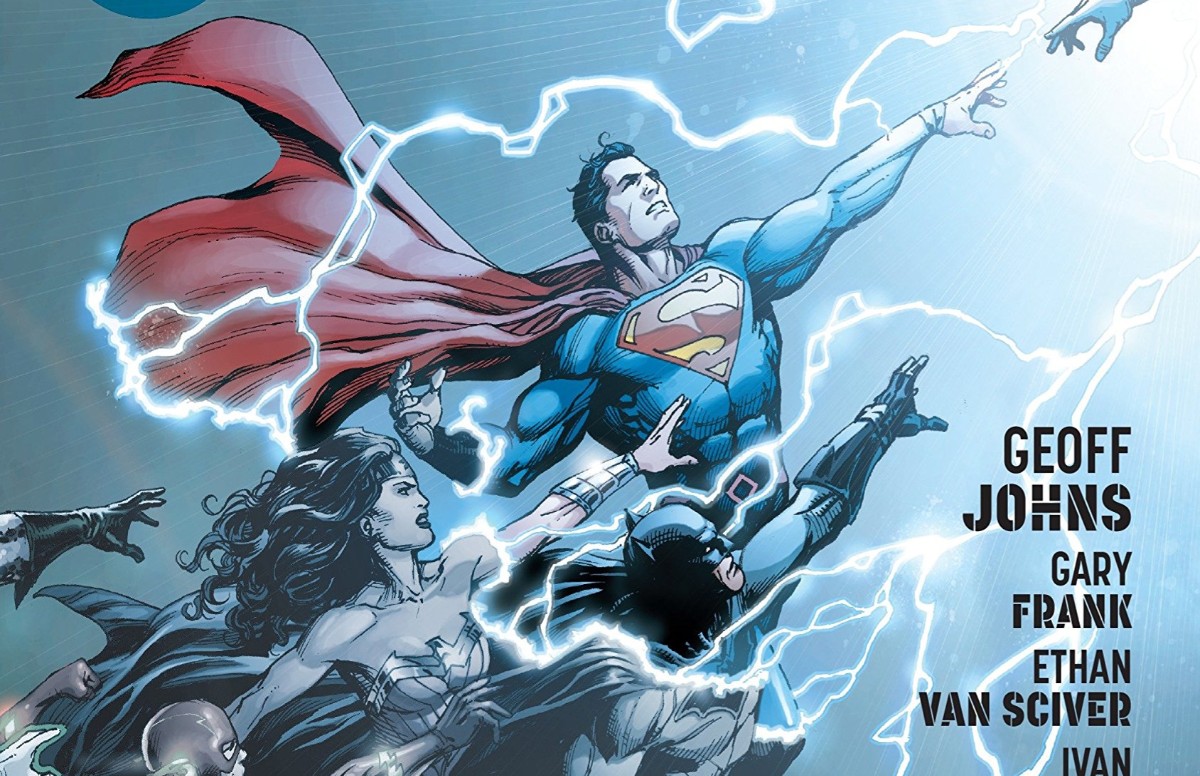 The Rebirth Special felt like a much-needed ray of light into the gritty New 52. It’s like a tribute to DC Comics, celebrating the past, present, and future. What’s smart about it is that they don’t throw out the New 52 and bring in elements from before Flashpoint. The main thread of the story is the Kid Flash before Flashpoint trying to get someone to notice him as he’s stuck in the Speed Force.

The clock is ticking as he needs someone to remember him before he’ll be in the Speed Force forever. Throughout the special, there are many reveals like the New 52 Superman that set up Rebirth well. It also concludes with one of the most shocking bombshells in recent memory that I won’t dare spoil. It’s a fresh start that gets any new reader interested in what DC has to offer. 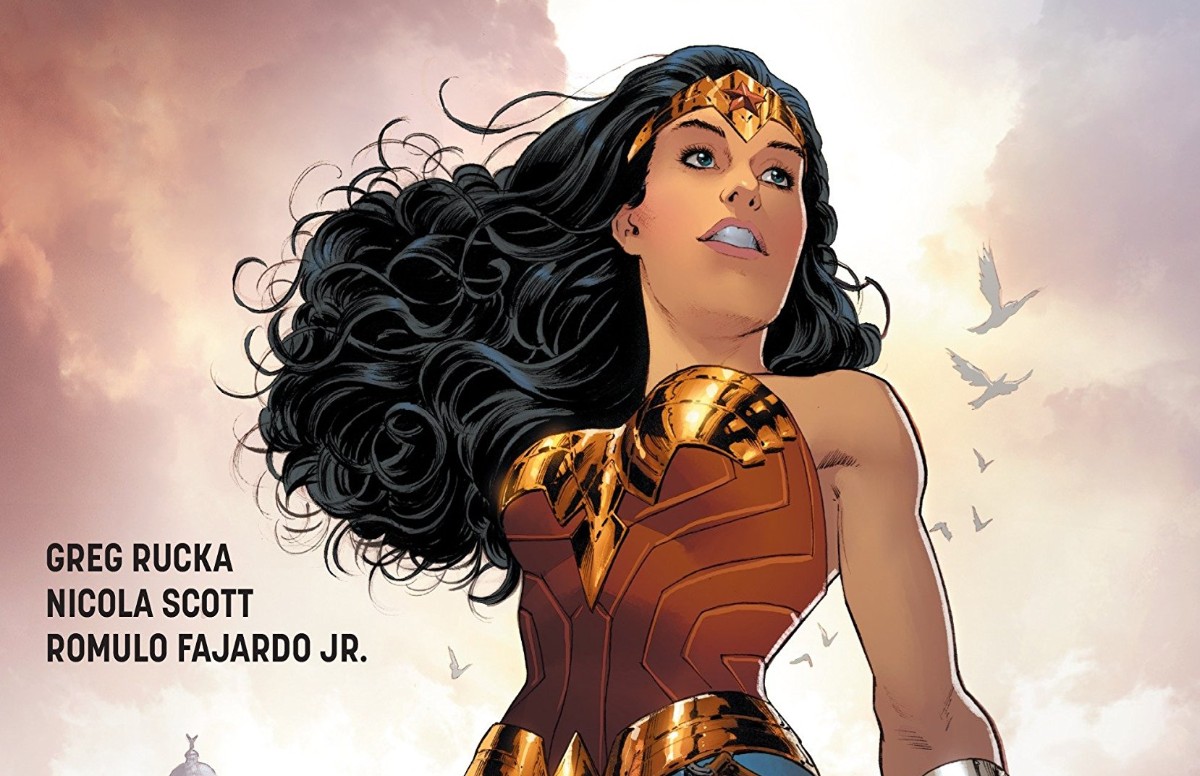 The first arc features a definitive origin for Wonder Woman that proves these creators get her. She’s strong, vulnerable, loving, caring, a warrior, and so much more. Not only did we see this from the writing, but from Scott’s breathtaking artwork. Diana is drawn like a Greek Goddess with fantastic expressions that make you drawn to her. If you’re a fan of Patty Jenkins’ Wonder Woman movie, you need to immediately this read this great origin tale. 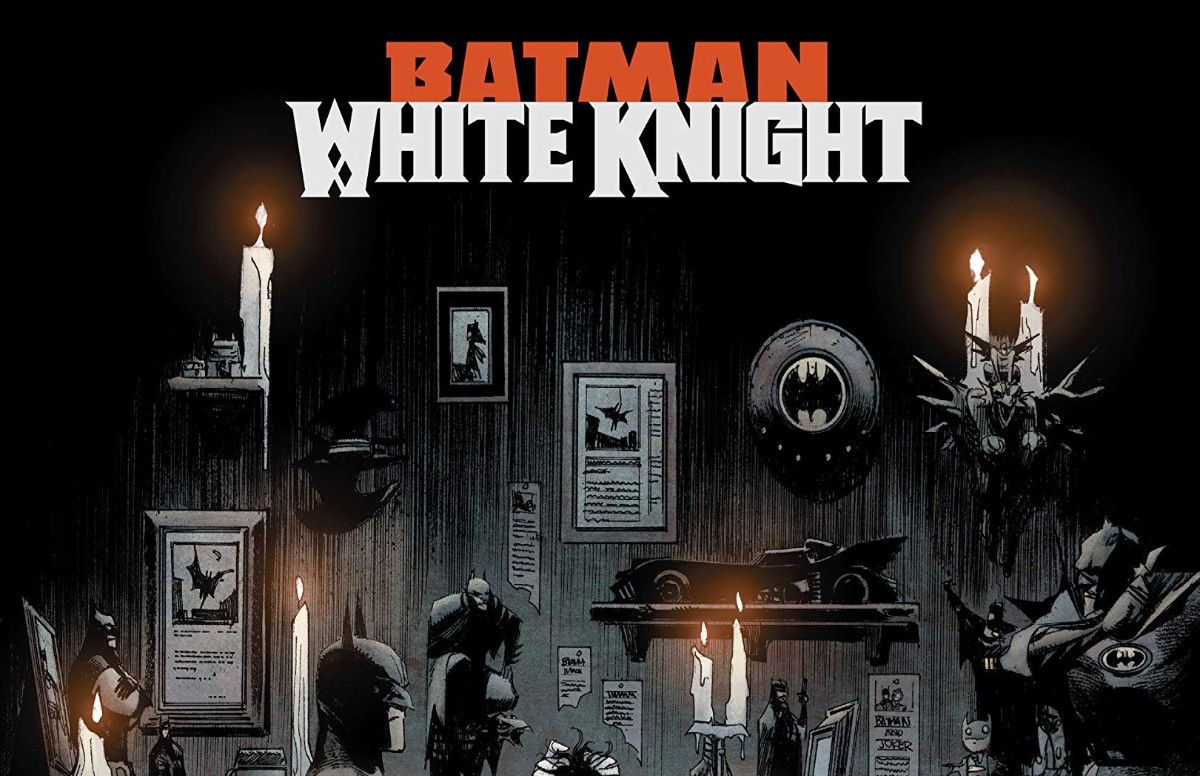 Batman has had many captivating relationships with several different characters throughout the decade. One of his most famous connections is to The Joker, creating the ultimate hero and villain dynamic. Sean Murphy turns that on its head in a significant way by making The Joker the hero and Batman the villain. The story starts with Batman brutally beating up The Joker and shoving a handful of pills down his throat. The medical cocktail actually makes The Joker go sane and deeply regret his evil past. Joker turns into Jack Napier as he starts a campaign to take down Batman, arguing that he’s what’s making Gotham go bad.

Despite the reversal dynamic, no one is either the hero or villain. Jack still uses morally wrong methods like controlling the other villains for his cause. Batman is seen as almost going across the line and is very unhinged thanks to recent events in his life. It’ll make you ask if Batman’s methods are justified or just deeply flaw. A story that’ll soon be a classic, it’s a must-read for any Batman fan. 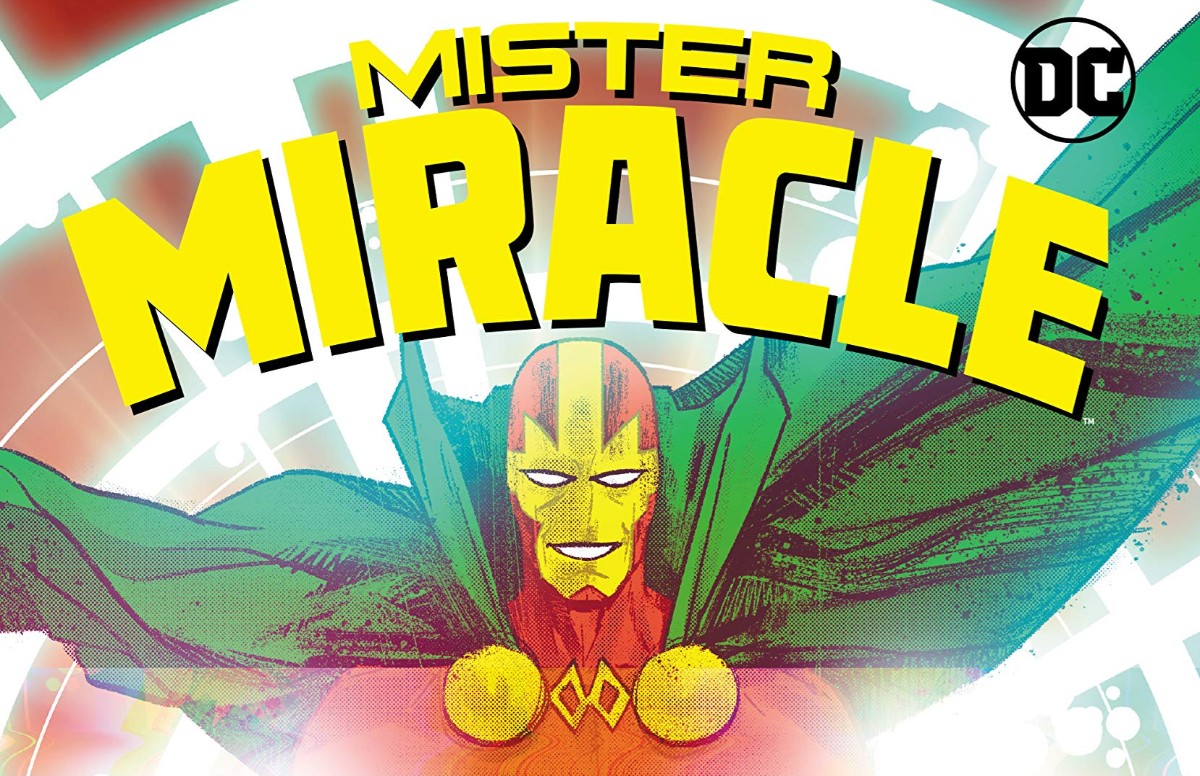 You could argue that Mister Miracle could be a B-List or C-List character, but there’s one thing for sure; he’s nowhere near the top. Yet, Tom King and Mitch Geraldis make Mister Miracle into one of the best stories of the decade. Even if you don’t know anything about him or the New Gods, issue one perfectly tells the origin of Scott Free. We get to see Scott battle his own PTSD from his childhood, being a father, and trying to maintain a grip on reality. Despite its grand scope, Mister Miracle is a profoundly personal story all about Scott.

His relationship with Big Barda has to be one of the best-written couples in comics. The way they understand each other, and the passion that they share is heartwarming. Without going into spoilers, just the words “Darkseid Is” that’s a frequent motif in this story will send you chills. This story gives a lot more interest to Ava DuVernay’s New Gods film that’ll come out in the future as Tom King will co-write the movie with her. If they get close to this masterpiece, then it could be up there as one of the greatest comic book films of all time. Even if Mister Miracle isn’t an A-List character, this story will definitely make him one for the future.