5 Best Christmas Movies About Children But Not For Children

Not into traditional Christmas movies? We got you covered. 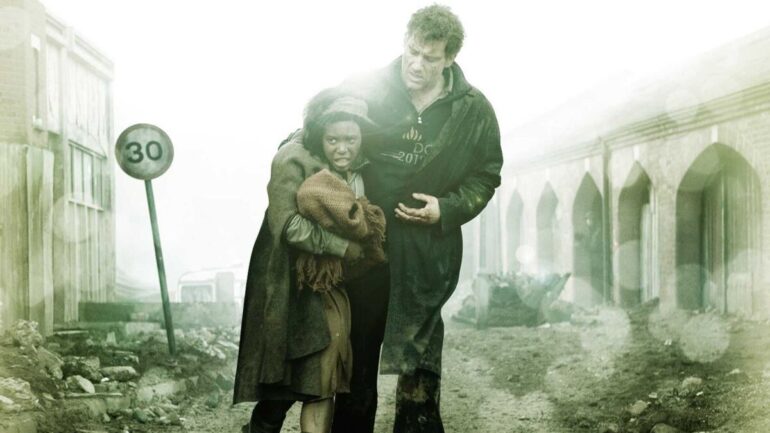 For this article I’d like to focus on five movies that are about children, to varying degrees, that, again to varying degrees, are not for children. These movies engage Christmas with their stories of hope, community, forgiveness, and faith, even if they tell those stories with heavy doses of violence and swearing. Here are five of the best (not quite) Christmas movies about but not for children, ranked by how much and how well they engage those themes.

The earliest movie on this list is also the most kid-friendly. Curse of the Cat People is the sequel to 1942’s Cat People but has little in common with that film beyond the cast. Curse of the Cat People follows Amy (Ann Carter), the daughter of Oliver (Kent Smith) and Alice (Jane Randolph) from the first film who have moved out of the city and into the suburbs to live the stereotypical American Dream.

But Amy doesn’t feel at home in the suburbs, not that she would feel at home anywhere in plain old reality. She’s a very imaginative child who struggles to make friends with other children. So when she receives a ring from a mysterious old woman neighbor that the family butler tells her is “a wishing ring,” she simply wishes for a friend. The movie then re-introduces Irena (Simone Simon), the titular “cat person” who died at the end of the first film, as a ghostly friend to Amy.

Irena becomes a confidant for Amy and someone who she can freely be her imaginative self with, as opposed to her father and mother who chastise her for not living more firmly in reality. As the story goes on, Amy also develops a friendship with Julia (Julia Dean), the old woman from the house nearby who gifted her the ring. These relationships are where the film feels most like a Christmas movie.

Irena’s ghost is reminiscent of A Christmas Carol’s ghosts of Christmas past, present, and future. This is most clear when Amy leaves the family Christmas Eve celebration in the home to give a gift to Irena in the garden. And in her friendship with Julia, Amy gives the old woman, a former actor who is now confined to her home by her controlling adult daughter, hope and companionship by acting as her audience. These friendships play on the familiar Christmas themes of loneliness and the importance of finding community, as well as the theme of finding hope in a child.

The film is also notable as the first film directed by multiple oscar winner Robert Wise, who went on to direct The Sound of Music and West Side Story. It is also the third Val Lewton produced film that I’ve included on a list after the original Cat People, and The Seventh Victim, so you could say I’m a fan.

Moving right along from most kid-friendly to least kid-friendly, Inside is one of the major horror films to come out of the ultra-violent New French Extremity movement and among the most difficult to watch of those films.

Inside takes place almost entirely on Christmas Eve, the night before pregnant Sarah (Alysson Paradis) is scheduled to give birth. Four months prior Sarah lost her husband in a car crash and since then she has fallen into an isolating despair. At the start of the film we see her turn down her mother’s invitation to spend the holiday together, opting instead to spend the night at home alone.

The story begins when a mysterious woman (Béatrice Dalle), known simply as “the woman,” appears at Sarah’s door asking to be let in and appearing to know that her husband is dead. This woman makes clear to Sarah that her goal is to take Sarah’s baby as her own through a forced cesarean. From here the film takes on a fairly standard home invasion and slasher plot: other characters come to the home and are dispatched by the woman in incredibly brutal ways.

But through all the gore, and there really is a lot, it’s always clear that for this woman, who has fallen into a despair that mirrors Sarah’s, the baby is a symbol of hope that life can be better. But the fact that a baby set to be born on Christmas day serves as a symbol of hope and salvation for a desperate person is only one of the ways that Inside addresses Christmas themes.

Throughout the film there are references to the 2005 riots across France in response to police mistreatment of African and Arab immigrant communities. While these references never become the focus of the story, they play as a Dickensian foil to Sarah’s experience. The mention of the riots highlight the expected violence faced by the immigrant communities in opposition to the unexpected violence being perpetrated against Sarah in her wealthy suburban home, in addition to the quick and willingly helpful response that she gets when she calls the police.

And of course as a home invasion film set around Christmas, it’s hard not to think of Home Alone.

Charles Laughton’s only film as director has become a classic over the past sixty five years for many reasons: Robert Mitchum’s iconic performance, the film’s genre mixture of noir, horror, and fairy tale elements, and the gorgeous black and white cinematography. But it still often gets left out of discussions as a classic Christmas movie.

The film opens with Mitchum’s Preacher Harry Powell meeting a thief in jail who tells him about a big score that he’s hidden. When Powell gets out he seeks out the man’s widow (Shelley Winters), seduces and marries her, and then kills her so that he can take the money. But he can’t find the money.

He knows that the children John and Pearl, played by Billy Chapin and Sally Jane Bruce, know where the money is and the film becomes about his attempts to get this information from them. As he becomes more and more desperate he also becomes increasingly violent towards the children, until they fear for their lives and run away.

It’s on their journey that the film becomes a true Christmas movie. After the children float down a river in a small boat, like the baby Moses, they find a barn where they spend the night, like the baby Jesus. They then meet Ms. Cooper (Lillian Gish), an older woman who takes in and cares for stray children. She brings them into a new loving family, reads them stories from the Bible and preaches Christian compassion, in stark contrast to the misogynist fundamentalism of Powell.

The film ends at Christmas, and Ms. Cooper gives a short speech on the resilience of children: “Lord, save little children. You’d think the world would be ashamed to name such a day as Christmas for one of them and then go on in the same old way. My soul is humble when I see the way little ones accept their lot. Lord, save little children. The wind blows and the rain’s a-cold. Yet they abide…They abide and they endure.

In Bruges, like Inside, doesn’t have any significant children characters, but there are two children that loom large over the film. The first is the young boy that protagonist Ray (Colin Farrell) accidentally killed when on his first assignment as a hitman, to assassinate a priest no less. The second is the unborn child that Marie, the hotel owner, is pregnant with.

The film follows Ray and fellow hitman Ken (Brendan Gleeson) who have been sent to Bruges (it’s in Belgium) by their boss Harry (Ralph Fiennes) to lay low for a while after the death of the boy. Given the premise, it’s a remarkably lighthearted black comedy for most of its runtime, often irreverent in a way that may be off-putting to some, but never malicious.

But there are moments in the movie that are truly powerful and feel inherently tied to Christmas. The first comes after Ray and Ken visit an exhibit featuring The Last Judgement by Hieronymus Bosch, Ray asks Ken if he believes in “all that about heaven and hell,” and Ken consoles Ray in his suicidal guilt. Perhaps the heart of the film is when Harry orders Ken to kill Ray for having killed a child and Ken cannot bring himself to do it, having faith that Ray can live and change, and perhaps even help the next little boy, emphasizing a dichotomy between unforgiving moral certitudes and forgiveness that allows for hope that things can be better.

Throughout all this, Bruges is a beautifully Christmassy backdrop of a small Medieval Belgian town decorated for Christmas, and Marie’s pregnancy serves as a symbol of hope for Ray. And by the end of the film, much like George Bailey in It’s A Wonderful Life, Ray wants to live again.

Children of Men is simultaneously the most and least Christmas movie on this list. While it was released in the US on Christmas Day in 2006, there’s no mention of the holiday in the film and the bleak grey world has nothing in it that could be construed as decoration for Christmas or otherwise. And yet, it’s a science fiction retelling of the Nativity story that engages with that story’s themes of hope and salvation through a child.

The world of Children of Men hasn’t had a new baby born into it for eighteen years, it is falling apart economically, and Britain, where the film takes place, is facing an enormous refugee crisis. Nothing in this world seems worth being optimistic about, the end of humanity is not just something to be theorized, it is in sight. But then a miracle occurs, a young woman named Kee (Clare-Hope Ashitey), a dispossessed refugee no less, becomes pregnant.

The woman’s identity is not incidental in any way. She is from Africa, scientifically the birthplace of humanity, and as the first pregnant woman in eighteen years, she is the hope for the future of humanity. And she is a refugee just as Mary was when she fled to Bethlehem to give birth to Jesus.

One of the final scenes in the film emphasizes the Christmas-ness of it all. Kee’s child is born in the middle of a battle between the British military and a militant immigrant rights group. The chaos, violence, and overwhelming noise of the clash subside as Theo (Clive Owen), Kee, and the baby make their way out of the building where the child has been born and through open streets where the battle had been raging seconds before. The appearance of the child brings with it hope for all, and for a brief moment at least, a microcosm of peace on earth.