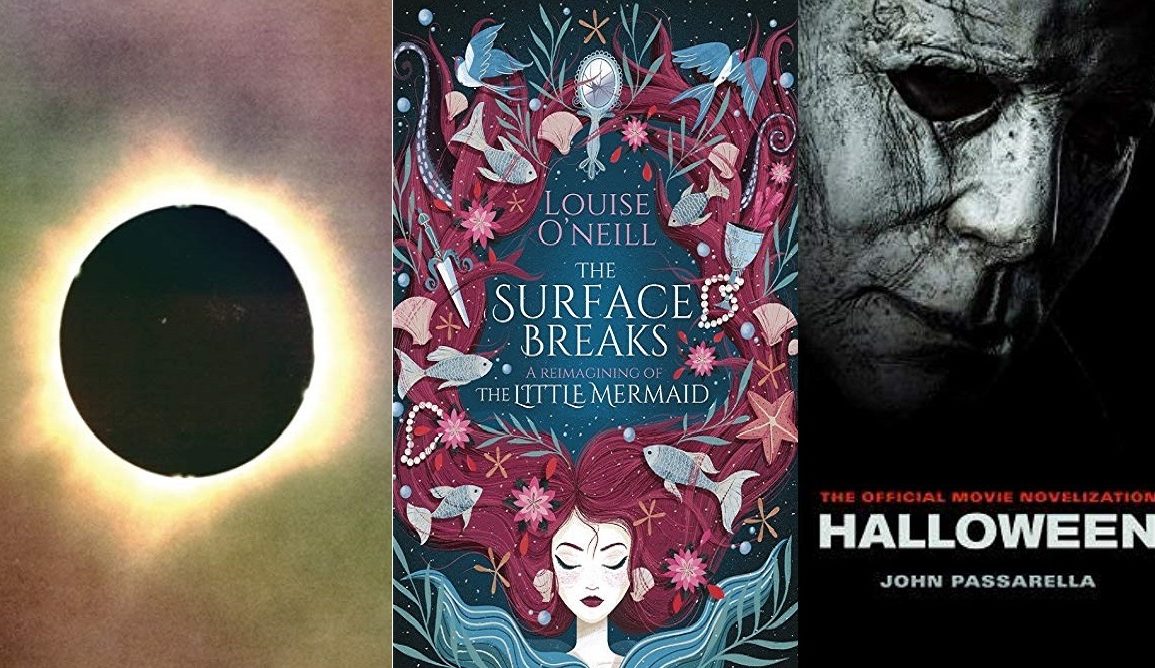 We asked some of our Vultures to dig deep into their memories to tell us all about the best new books they read this year.

We asked some of our Vultures to dig deep into their memories to tell us all about the best new books they read this year. The only rule was that the book had to be published in 2018, and the variety of genres and styles shows what a well-read lot they are.

1. In The Desert of Mute Squares by M Kitchell | Ben Arzate

In this literary labyrinth, combining photography, text, and found objects, M Kitchell creates one of the most fascinating reading experiences I’ve had in a while. Kitchell’s poetic and well-crafted prose weaves dream-like narrative vignettes and philosophical insights on eroticism, language, limit-experience, and more. It’s a dense work in its size, its presentation, and the ideas presented in its text, but it’s well worth the effort. Of Kitchell’s work I’ve read, this is probably the most unique and engaging. He remains one of the most fascinating authors working today and continues to push the limits of literature and what it’s capable of.

Deserving of a shout out is author John Passarella, (perhaps mostly known by Buffy or Supernatural fans) for his ability to effectively adapt a pretty neat horror film into a remarkable novelisation. Halloween proves to be a worthy companion piece to David Gordon Green’s box office hit movie – adding bits of dialogue and suspense to scenes that are either much shorter, or simply not present in the film. I would also go as far as to say that some of the characters are more fleshed out here than in the actual film. Maybe Passarella borrowed from an early cut of it, or from one of the 80+ scripts Green, Danny McBride and Jeff Fradley had penned. Either way, the author manages to showcase an almost seemingly effortless talent to lull his readers into the story as it unfolds. It’s a wonderfully suspenseful read, enjoyable whether you’ve seen Halloween or not.

I’ve been a fan of the Reacher novels since late 2005. I spotted an advert on the tube for One Shot and bought it on a whim. I fell in love with the action and detail of Child’s writing immediately. Past Tense sees Jack Reacher serendipitously at a sign post to his father’s childhood home, which he decides to try and visit. What follows is an adventure involving recreating ancient crimes and discovering a family secret 80 years in the making. The action is tense and well described and it doesn’t feel as formulaic as some of the latter novels in the series have been. It’s my favourite of the recent novels in the series with storytelling on a par with some of Child’s best. With the Netflix series on the horizon it’s great to see Child finding his groove again.

4. Notes on a Nervous Planet by Matt Haig | Alice Thomas

I will never have the right words to describe this book.

I knew I needed this book the second I heard about it, but the second I had it in my grasp and began to read it, the fear set in and it took me a long time to finish it. Because it was about anxiety.

Anxiety has been the lying voice inside my head for as long as I can remember. It wants me to believe that I am the worst human alive and nobody will ever understand. This book has shot so many of my anxious thoughts to pieces.
No wonder it took me so long to open the book in the first place; my anxiety must have known that between the pages I would find the keys that would help me free myself a little more from its grasp.

I can’t say I’m alone any more when I’ve read the very thoughts I’ve had written so exactly by someone else.
Matt Haig is a firm fixture on my Twitter and Instagram timelines, with beautiful quotes from his books, calm defiance against internet trolls and strong messages about mental health. With so many people sharing how much this and Reasons to Stay Alive (his additional weapon against depression) had made a difference in their lives, it is impossible to see my mind as a sinking ship on an empty ocean.

To begin with, reading this book felt a little like being flung into a panic attack. Haig begins with a methodical exploration of our collective anxieties and where they come from. But as he addresses the reasoning behind these feelings, and the answers we should know when the voice begins to nag us, the panic began to dissipate. The final section was basically a mediation, a decluttering of the mind and a re-cluttering with better, calmer, sweeter thoughts.

The world was more beautiful after reading this book.

Mermaids are entrancing. I’m sure we are so caught up in myths about them because of how closely they resemble us. It makes them the perfect narrative vehicle to help us explore the truth about ourselves.

Disney’s The Little Mermaid has some lovely songs, but it… did not deliver a good message to young girls. The only thing that boys care about is how pretty you are. Looking at a guy once equals true love. Don’t get me wrong, I love Ariel so much she lives on my desk, but boy does she deserve a better story.

My housemate at the time messaged me when she saw this book in a shop. At the words ‘Feminist retelling of The Little Mermaid’ I demanded she buy it for me right then. And FINALLY here was a mermaid story worth sharing with our daughters. The best bits of the original fairy tale and the Disney movie are drawn together and questioned. Harshly.

I can’t wait to reread it and fall in love with it again.

For the last couple of years, I have been super into fiction written by women, and The Sealwoman’s Gift is exactly the kind of novel I love – historical, excellent female characters and writing so beautiful that sometimes you have to stop because you find yourself holding your breath. It is based on true events – the little known abduction of Icelanders in the 17th century who were sold as slaves in North Africa – and that is important, but it is also just a great story, lovingly told. The scenes with the main character, Ásta, and the slave owner who buys her, were some of the most intense pages I can ever remember reading. I have been recommending this book to everyone who even breathes in my direction.