15 Years Later, Before Sunset Is Still the Stuff Of Elusive Romantic Dreams

"Memory is a wonderful thing if you don't have to deal with the past." 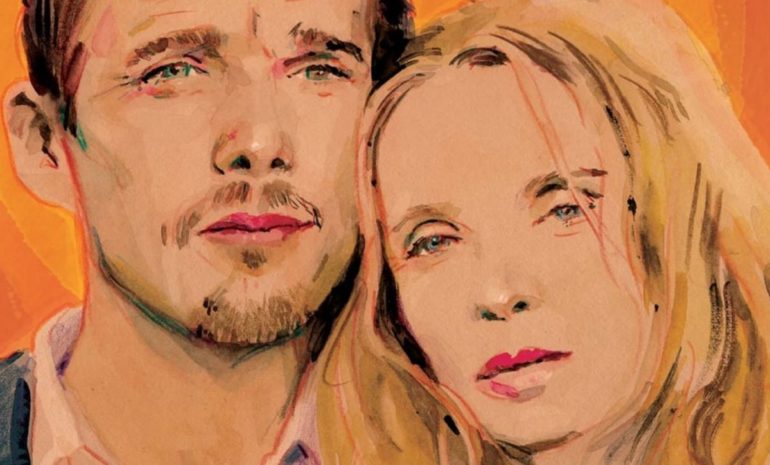 I saw Before Sunset about 5 years after its release, on some YouTube channel that had uploaded the entire movie. I wanted to watch a romantic movie, and it popped up as a possibility, so watch it I did. At that point, I didn’t know about the first movie (which I watched after the fact), but my God I have been unable to shake this movie from my mind since. Especially re-watching it now in my 30s, where I am at the same point of my life as Jesse (Ethan Hawke) and Celine (Julie Delpy).

At the beginning of the movie, and interestingly the end of Jesse’s book tour (the movie plays up the idea of beginnings and endings quite a fair bit), he speaks about experiencing a past moment within a present moment. He describes a father watching his little girl dance to a song in the present while reminiscing about a previous girlfriend dancing to the same song.

Essentially, it means that memories are never insular or complete; they exist in a story we keep lengthening and continuing. A past memory will thus never remain where it is, we call it back into the present when something reminds us of it. This is the movie in a nutshell: Jesse and Celine bringing the past into their current interaction with each other. Snippets of the previous movie are also intertwined with this one, so we too are reminded of the past they shared.

As they dance the dance of nostalgia, there is also the lament of what has been irrevocably lost. Years that could have been spent together all but dissolved because of the foolhardy ways of youth. We as cynical adults know better: the world is not our oyster and there isn’t an infinite number of people to love. Connection is rare, and it should not have been gambled on the serendipity of a single day.

Jesse’s desire to make tangible that whole experience makes sense to me. How else can we hold onto dreams? By writing about it, he breathes life into it as well as possibility. For Celine is here now, and they are having the meeting they never got to have all those years ago. But is it too late? Has time apart brought them too far apart to ever get back to each other?

As we follow them around Paris, we find ourselves hoping they get a second chance, which of course is not the best thing since Jesse is married and Celine has a boyfriend. What I have discovered after years of watching and reading romantic stories is that sometimes dodgy behaviour is required to get two people together.

In You’ve Got Mail, Tom Hanks and Meg Ryan’s characters are basically emotionally cheating on their partners as they email and get more invested in each other. It is set up as an obstacle to the relationship. Two single people wouldn’t create tension the way two people in relationships would. Celine and Jesse need a bit more time before they can give themselves permission to fall.

And fall back into each other they do. We never get to see their coupling completely play out on screen, but it is obvious from the way he keeps lengthening the meeting and after she sings him the song she wrote about him. Celine has been the ambiguous factor the whole movie, because we aren’t sure where she stands. She keeps urging him about his flight, yet she also showed up at the bookstore to see him. When she sings that song, we now know how she feels and how she would always feel.

Celine and Jesse’s rekindling in this movie is a reminder to us about the people we left behind. Both of them discuss the idea of ‘The One” and the myth of it. Of course there isn’t one particular person for everyone, however, our choice to love and be able to receive it in turn does not come as often as we think, which leaves us with a handful of people we give our hearts to. Out of this minuscule number, there is going to be one person who stands out, not always because you loved them the most. They are, for some reason, the ones whose loss you cannot get over – tied to us in a blazon of passion or a torrent of pain.

A gesture, a sound, a visual – any little thing can bring them into the present moment with you again. Like Celine says, we keep the little details with us always, turning them over in our mind like pages of a worn-out book. As you read this, you have someone in mind right at this moment, don’t you? Allow the memory a moment to flicker before you, a temporary moment of hope and possibility, before the real world intrudes once more.

Buy Before Sunset on Amazon