Avengers: Endgame Helped Me Come To Terms With My Mental Health 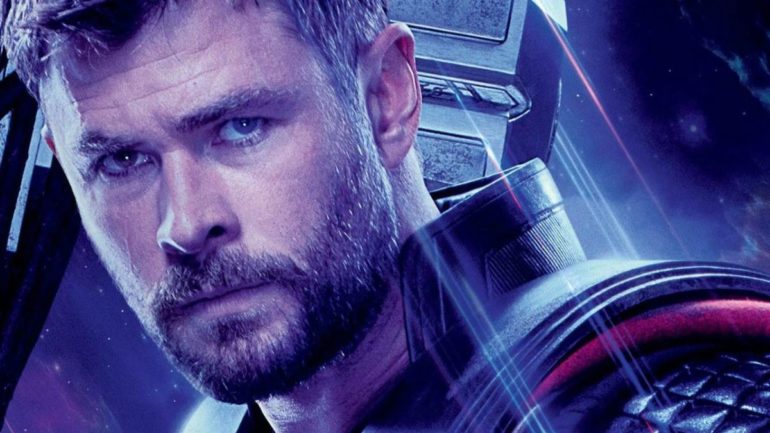 Avengers: Endgame was the cinematic event of the decade. The culmination of 22 films of build-up and years — actual, real-time years — of investment and anticipation. It’s a watershed moment, validating hundreds of hours’ worth of pop cultural investment. It was, as Cultured Vultures’ own Annie Banks called it, ‘a harrowing farewell’ to a universe and a cast of characters we’ve all grown so attached to.

And, if you’ve already seen Endgame, you know what it does to Thor. The usually chiselled God of Thunder isn’t quite so muscular here. When Endgame’s plot really starts moving, Thor is presented as a fat, bearded drunk, hiding away in a pair of ratty pyjama bottoms and playing Fortnite with a giant rock man. Infinity War’s climax affects the Avengers in a variety of ways: Captain America starts a therapy group for the bereaved, Hawkeye becomes a sort of samurai vigilante on the streets of Tokyo and Thor, as it turns out, decides to comfort eat. Following on from the precedent set by Thor: Ragnarok, and indeed by most of the overweight characters in most films ever shot, Thor becomes a source of real comic relief.

After a first act defined by the lingering loss of Infinity War’s snap, by the sudden, barely explained loss, of family and friends and colleagues, and by the empty world they left behind, the first thing Thor does is half-drunkenly threaten a twelve-year-old over a game of Fortnite. Rocket Racoon and Bruce Banner are only able to convince him to follow them with a thinly veiled joke, a not-so-subtle dig at his recent gluttony: “there’s beer on the ship”. After that, Thor barely has the courage to stick to the team’s plan, is motivated almost exclusively by beer, and can’t even get through a team meeting without getting side tracked talking about his ex-girlfriend.

This is a brave decision. Thor is one of the most important characters in the Marvel cinematic universe; he’s a central member of The Avengers, and it’s a stark U-turn from the gritty, battle-hardened Thor we got in Avengers: Infinity War. In fact, you can tell it’s brave because it’s pissed so many people off. You don’t have to search long to find people talking about how ‘Marvel ruined Thor’ by giving him tangible physical flaws, and, equally, you don’t have to go very far to find more reasonable articles about why Thor’s weight gain, and the corresponding comedy, are deeply problematic.

But, even more fundamentally than all that, it’s brave because Thor has always represented something of an ideal. A chiselled, hyper-masculine, uber-competent warrior-god. Making him facile and weak, not always equipped for the situation at hand, was a bold move; one of the biggest surprises in a film already filled with them.

And, for me, it was one of the most important decisions Endgame made. Criticisms about the film’s fat-phobic tendencies are entirely valid, and, even if they weren’t, I’m not equipped to rebuke them. But its representation of mental health was validating and consoling. Where Captain America copes with his failure in a stony, heroic silence, a willingness to move on, Thor does what most people would do. He collapses. He’s lost his family and friends, his homeland is gone, his people are refugees, and he failed to defeat the one man who threatened what little he had left. For a man who has defined himself by his success as a warrior and his virtue as a leader, it makes total sense for him to hide from his failure with booze and junk food and video games. It’s what people do. it’s what I did.

I started struggling with my mental health around two years ago. It felt like a part of my brain had switched itself off and there was a huge, painful vacuum where all my thoughts, opinions and genuine emotion used to be. My attention span was shot to bits, my short-term memory was in tatters and social interaction — even with old friends and family — was physically exhausting. I stopped doing all my favourite things, stopped exercising, stopped reading and stopped writing. I managed to keep my head above the water at university but decided just before my first-year exams that my mental health problems were related and dropped out. All the things I used to be good at became difficult. And the fact that they were difficult reminded me of how much I felt like I lost, which itself reminded me of the fact that I was still struggling, that I didn’t know how to get better. I would stand in the shower, sometimes for more than an hour, trying to re-centre myself and berating myself for not doing more.

Like Thor, I felt like a failure. I’d dropped out of university, I’d stopped doing all the things that gave my life meaning and, though I wasn’t overweight, I was eating too much. Way too much. I felt heavy-headed and dull, incapable of being the kind of person I thought people expected me to be, the kind of person I used to be.

So, for a sculpted six-foot two Nordic lightning man, Thor’s struggle was more relatable than maybe it had any right to be. He did what I did, what I’ve been doing for the last two years. And seeing that was moving, and it reminded that the way I felt wasn’t my fault, that it happened, not just to everyone, but to hammer-wielding warrior gods. Especially because he eventually comes out the other side. Around half-way through the film, Thor and Rocket Racoon go back in time to Asgard to retrieve one of the Infinity Stones. It’s a difficult mission for Thor. He might see someone who recognises him and their shock — at his weight, his unkempt beard and his obvious alcoholism — might provide a touchstone for just how far he’s fallen, might reaffirm his understanding of himself as a disappointment.

What follows is a bit of a pep talk. Thor stumbles blindly into his mother, who sees through him in seconds, and seems to understand that this, future Thor, isn’t quite the same as the Thor she now calls son, and she effectively tells him he doesn’t have to worry about being the infallible king other people expect him to be. It’s a powerful sequence, not least because Thor’s struggles with identity, with a self-imposed pressure to be something he’s not, are entirely relevant in a social environment as image-conscious as our own, but because it ends with that now-famous moment of validation: “I’m still worthy”. Moments before Thor and Rocket Racoon have to leave for their own time, Infinity Stone in tow, Thor reaches out his hand and calls for Mjolnir: a few, tense seconds pass and it lands in his hand. Regardless of what Thor went through, of his failings, and his own plummeting opinion of himself, he’s still valuable, still ‘worthy’ as a person.

The moment redefines the character; makes him someone capable of coming back from the bottom of the bottle, rather than someone who lost his grip at the top of the heap. Nor does it downplay the effects of Thor’s depression. He keeps his beer belly and his messy dreads, he doesn’t stride out into the final battle and manhandle Thanos, and he doesn’t go on to rule Asgard the way he thinks he should. He tells someone else to do it. Endgame creates the impression that this new Thor, though still worthy, is still quietly struggling. He’s healed, but his magic hammer hasn’t just erased his problems.

It’s a wonderful, human arc for a film mostly about going back in time to reverse a purple man’s cosmic genocide. It might be simple, and it might not handle Thor’s weight as empathetically as it should, but it makes the bold choice to disempower one of the staple heroes of a generation defining franchise, show them lose their grip on themselves, and come out the other side healthier, but not entirely healed. For me, sat in the theatre on a mid-week viewing, and almost as low as I’ve ever been, it was exactly what I needed to hear. Avengers: Endgame is itself about regaining what’s lost, about literally snapping your fingers and undoing five years of failure and loss. But Thor’s not about that. Thor has already lost things he can’t get back. Thor’s story asks what it takes — and what it means — to rebuild.