Take to the skies at a low price. 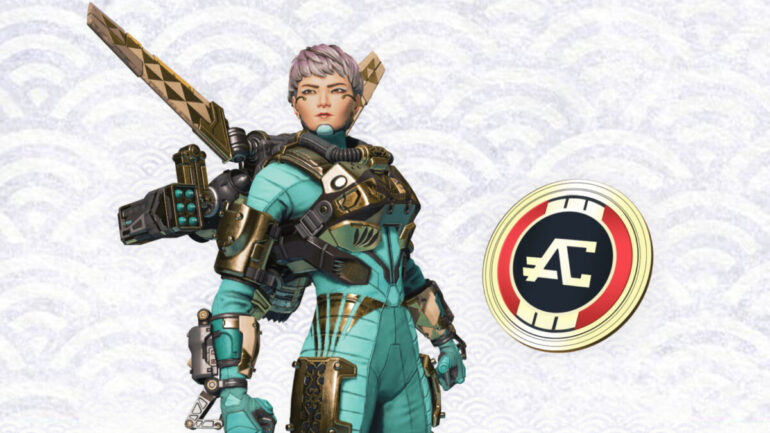 If you’re among the many millions who have played Apex Legends since the launch of Season 9, you’re probably going to want to take a look at the Valkyrie Starter Pack for Legacy.

Basically a cut-price bundle of cosmetics that seems to have been inspired by Fortnite, Apex launches one of these each new season. Season 8 was dedicated to Fuse, and Legacy’s will see Valkyrie take center stage. The “pilot” is the most anticipated new Legend in quite a few seasons, so there will no doubt be people all over her pack.

Here’s everything you should know about the Valkyrie Starter Pack in Apex Legends.

You just get two things with this pack:

The skin will only be available as part of this pack, while Apex Coins can be used to put towards other skins and general cosmetics.

Does It Come With Valkyrie?

Weirdly enough, you won’t unlock Valkyrie with this pack, which always feel like a bit of an oversight, even if is to keep the price down.

That said, you can use part of the 600 Apex Coins to put towards the 750 you need to unlock her and with there being 300 free Apex Coins in the Battle Pass, you can save yourself a good amount of money.

Based on the previous packs, the Legacy Starter Pack will set you back £3.99/$4.99. You won’t be able to buy it with Apex Coins.

The Apex Legends: Legacy Valkyrie Starter Pack will be available from May 13th, 2021 and will remain up for grabs for the rest of the season.

READ NEXT: Apex Legends: Who Is Valkyrie’s Father?