The Lie is built on a premise so shaky that it falls apart very quickly. 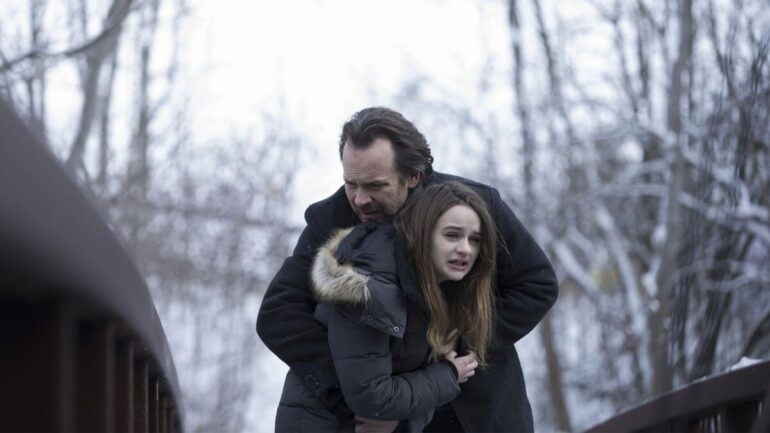 The Lie is part of Welcome to the Blumhouse’s selection of four films that will be released on Amazon Prime this Halloween. Black Box and The Lie were released this week, with the films Nocturne and Evil Eye to be released the following week, on October 13.

The Lie has a solid cast, with the likes of Joey King, Mireille Enos and Peter Sarsgaard on board. Unfortunately, the premise that The Lie is built on is so outrageous and flimsy that it’s impossible to buy or fathom any of the characters’ decisions.

It all begins with Enos’ Rebecca driving her daughter Kayla (King) to her father’s place, so that he can send her to ballet camp. The once happy family we saw in the video montage at the beginning (this is a nice touch) are no longer together, and based on Kayla’s reaction to Jay’s (Sarsgaard) girlfriend, it seems that the reason behind the divorce is Jay’s infidelity. Rebecca too has a new beau, so it seems that everyone has moved on, except Kayla.

King does such a good job communicating Kayla’s interior in these moments, the way she looks at Rebecca kissing her boyfriend in subtle annoyance, the slight hopefulness on her face every time her two parents are in vicinity of one another. So yes, she desires a reunion between her parents, and wants their family unit reestablished, but what the film allows her to do in the face of such motivations just isn’t plausible.

On the way to ballet camp, Kayla convinces Jay to pick up her friend Britney (Deverey Jacobs), who is also on her way to ballet camp. While they are in the middle of nowhere, the pair ask Jay to stop so they could go take a pee in the woods. So he does, and they go, and he stays in the car, until he hears a scream. He runs into the woods to find Kayla alone on a bridge, in the middle of a freak-out. Where’s her friend? Kayla says she pushed her off the bridge into the rapids below. Jay takes off like a mad man, but Britney is nowhere to be found.

Jay, as any parent in a situation like this, isn’t sure what to do. He wants to protect his child, but that is no easy feat when Kayla keeps reiterating that it wasn’t an accident. He brings Kayla back to Rebecca, who quickly discovers what Kayla did, since Jay and Kayla are both acting so odd. So this is where the ‘lie’ is constructed, with the two agreeing that they will do whatever it takes to protect their daughter, which they sometimes question when she seems to be carrying on as per usual, in a cheerfully unsettling way.

The ambiguity here of what Kayla could be is interesting (sociopath, a desperately lonely child?), but because of the premise, you will realise on hindsight that everything was pretty much meaningless anyway.

Where The Lie succeeds the most is within the atmosphere of the film. With the seasonal setting being that of winter, it allows director Veena Sud to craft the sense of increasing isolation Jay and Rebecca start to feel as they are forced to retreat to protect the lies they told for their daughter. It is wonderfully melancholic, and we are often left to ponder what we might feel compelled to do in order to safeguard the ones we love.

Then the conclusion happens, and everything unravels. But it was unravelling before that. There are certain sequences that are crafted to create suspense, and upon reflection, you will realise that the horror treatment just doesn’t make sense. The film loses all credibility for a cheap twist, one that you will see coming a mile away.

READ NEXT: 10 Most Underrated Blumhouse Movies 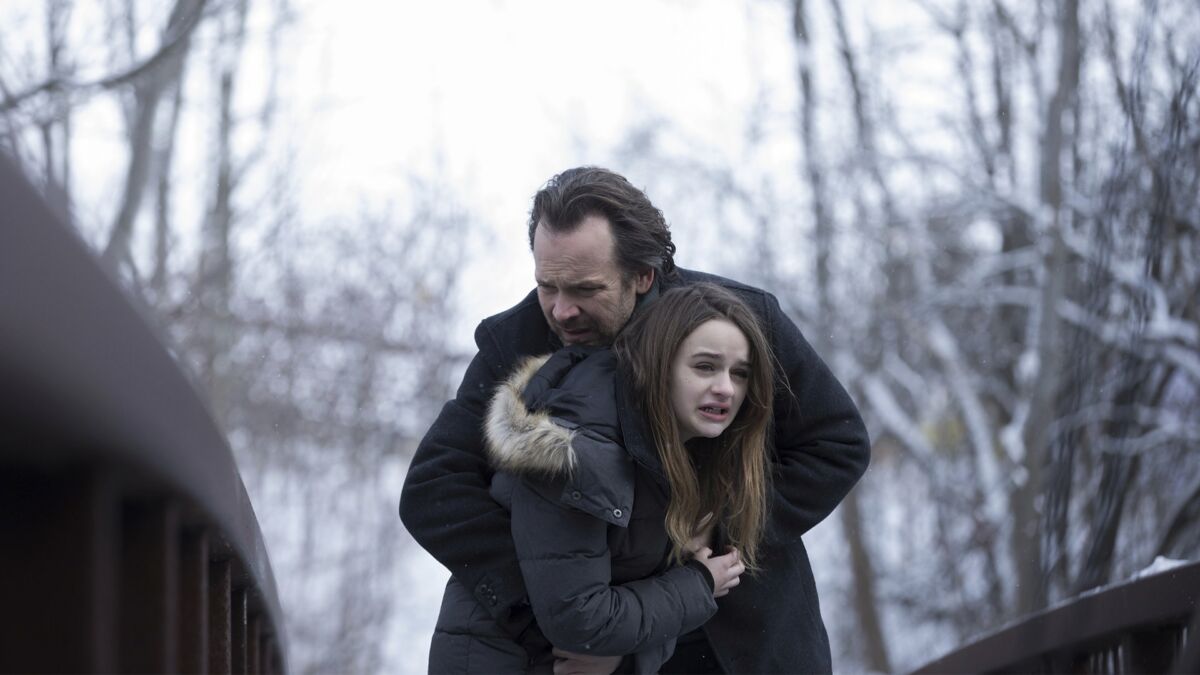 Verdict
The Lie has a strong sense of atmosphere and setting, but doesn't think through the incoherence of its premise, which leads us down wacky, incomprehensible paths.
5
Cultured Vultures is a pop culture website established in 2013 covering all things gaming, movies, and more. We eat your words.
All The News On The Biggest Games