Aggretsuko: Season 3 REVIEW – A Bit of A Change in Tune

Sanrio’s anthropomorphic anime series returns with an interesting development in tone and plot. 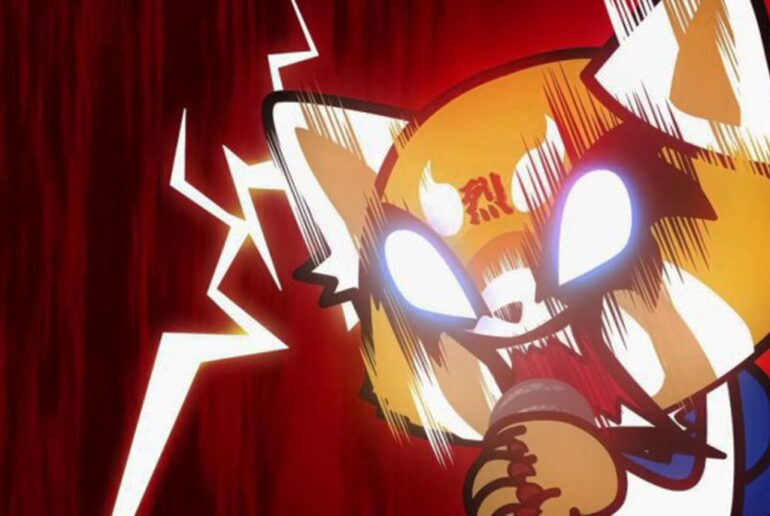 Upon watching the first two seasons of Aggretsuko, it becomes apparent that there is a problem: they both have the same plot structure. The main character Retsuko finds a deep dissatisfaction in her working life which she seeks to rectify, usually by finding love. Though they were entertaining self-contained stories, it’s clear that this narrative would eventually become old after repeated use. Season three solves this by doing something very different – having Retsuko become part of a pop idol group. How well does Aggretsuko execute this new change?

Spoilers ahead for Aggretusko season 3.

The show picks up directly after the end of the last season. Left with a broken heart, Retsuko ends up recklessly spending all of her savings on micro-transactions for her VR boyfriend, which leaves her in a financial predicament when she accidentally reverses her car into another vehicle. Unable to cover the damages, Retsuko ends up working for the passenger, Hyoudou, to pay off the debt, initially working as the accounting manager for his pop idol group before eventually becoming a member of the group itself. As per the previous seasons, it still has a short-but-sweet running time. It’s made up of ten episodes which run from 15 to 24 minutes long, and the season can easily be finished in a couple of hours. The dubbing continues to be spectacular, so either watching it in subbed or dubbed is equally enjoyable.

Much of the charming comedy that made Aggretsuko so popular in the first place is still present in this season, but it also takes much more of a dark tonal shift in its story. Obviously, with a show of this theme – a Japanese anime focusing on Japanese idol culture – the references to Satoshi Kon’s Perfect Blue are dotted throughout the season. The first one is the idol fan who is a caricature of Mamoru Uchida, which is amusing for those familiar with the anime. However, it also takes some beats from that film’s story as well, when Retsuko finds herself being stalked by one of her fans. This more serious plot is a drastic change and it might not sit well with some viewers – after all, this season is a bit on the nose with its inspiration and contrasts from Aggretsuko’s usual amusing tone. However, with that being said, it’s a very refreshing angle to take and much of the show’s original charm is still there.

Despite this change, a lot of Aggretsuko’s themes are still prevalent throughout this season. Since this season mainly focuses on Retsuko’s newfound passion, it was really enjoyable watching the other character’s ‘side gigs’ and passions outside of work as well. Anai, who used to be a loathsome character, is a lot more likable now, investing into his passion for cooking by writing a book – it was also nice to see how his anxiety-fueled temper, something which made him so unlikable in the second season, is now played up for laughs. Best boy Haida gets more development as well, going into his punk roots and letting the audience discover he actually used to play bass in a band. Komiya running a pop idol blog and discovering Retsuko’s double life started off amusing and it leads up to one of the funnier interactions between him and Ton, even though the scene is only a few seconds long.

As well as developing the show’s established characters even further, the writing of the show’s wider narrative still stays strong. It still focuses on the ennui and stress associated with a life centred around work and resonates strongly with its demographic. Personally, since I am 24 and Retsuko is 25, a lot of her complaints and miseries caused as a result of work really hit home for me, even if our cultures vary greatly. There’s also an interesting monologue from Retsuko where she basically gives the middle finger to capitalism and the rat race that is working life – which is kind of ironic, considering that Aggretsuko’s parent company is a huge corporation that profits off such a concept.

Along with the recurring cast, there are some new characters introduced in this story. Hyoudou, the man who Retsuko crashes into during the first episode, is portrayed as a leopard and as is typical for previous characters, the animal they are is reflective in their character – his predatory and serious nature seems to fit him into the role of the pop idol’s producer perfectly. There’s the rest of the group: Manaka, portrayed as a rabbit, fits well with her cute pop idol persona, but is vastly different to how she treats the people she works with. Hidarin and Migi, the Guinea Pig backup singers of the group are innocent, ditzy and sweet. Inui is an administrator who works in the same building as Retsuko and Haida, and her being portrayed as a Cavalier King Charles Spaniel is reflective of her warm nature.

Finally, there is Retsuko’s stalker, who is a donkey, which is noteworthy in itself. In the show, the only other character that is a donkey is Tadano, and while his stubborn nature is portrayed in a charming, pleasant light, it adds to the sinister nature of the stalker character. Even though he has a very minor role, his intimidating and antagonistic nature can be strongly felt by the audience, as well as by Retsuko.

Despite all its strengths, there was one problem which seemed to stand out: the love triangle between Retsuko, Haida, and Inui. At first, the little office romance that was blooming between Haida and Inuei was so cute and well done, it felt like a nice breather from the main plot. However, inevitably, the feelings he has for Retsuko rear their head and while most of this season’s changes  do feel refreshing, this feels boring and unoriginal. The development between Haida and Inui was sweet at first, but having it become just another example of the tired love triangle trope feels subpar compared to the rest of the show’s writing. This problem eventually comes to a head when it seems like Haida and Retsuko get together at the last episode – though it’s something many fans would have wanted, it feels unwarranted in this manner.

Aggretsuko’s third season is an interesting observation in what happens when creators feel the need to change up ideas. Most of the changes this mix provides hit off really well: a dramatic new story for characters the fans are familiar with. However, there are some small changes which chafe against this overwhelming success. Some fans may find the change in tone a bit jarring, which is understandable, and the love triangle felt unnecessary to the story. But Aggretsuko still continues to do what it does best: rocking on. 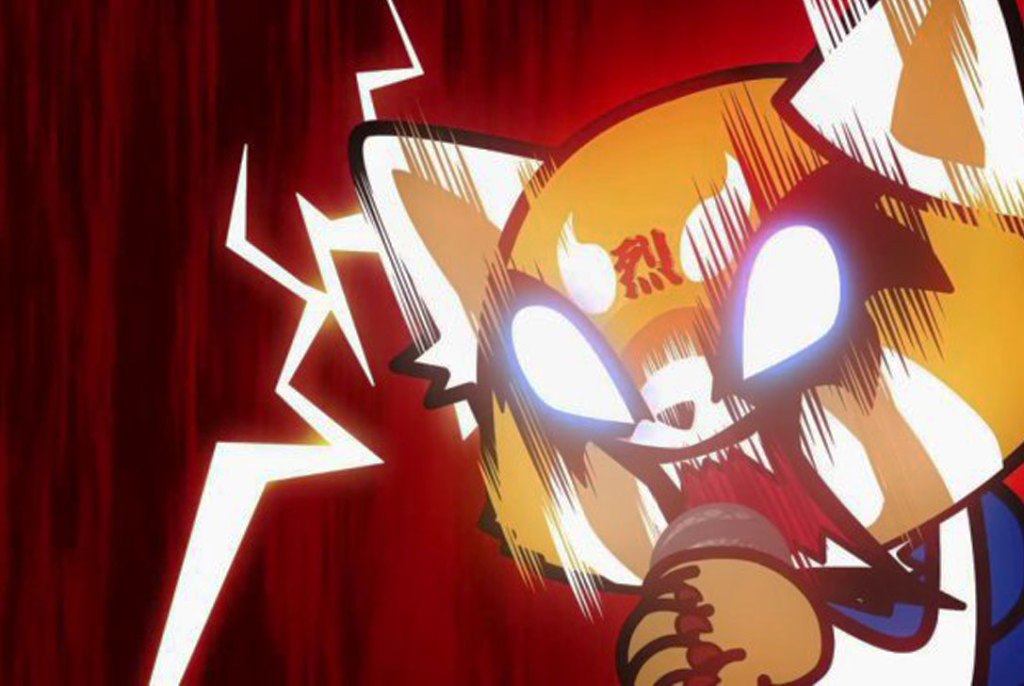 Verdict
Aggretsuko: Season 3 continues to successfully carry on a wonderfully entertaining story, while also mirroring aspects of one of the most important anime films of all time.
8
Cultured Vultures is a pop culture website established in 2013 covering all things gaming, movies, and more. We eat your words.
All The News On The Biggest Games