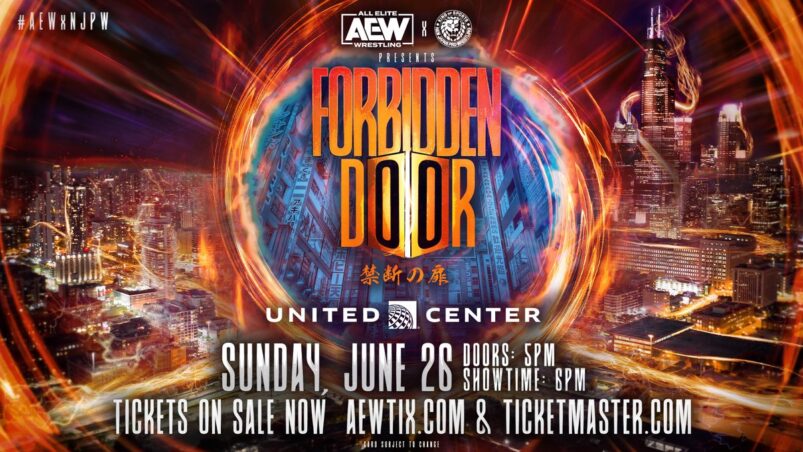 AEW and New Japan Pro Wrestling’s first-ever cross event is taking place this Sunday at the United Centre in Chicago. The wrestling world is buzzing to see some huge, blockbuster clashes between some of wrestling’s biggest stars outside of WWE. New Japan and AEW have not held back for this huge inaugural event, bringing across some huge draws including: Kazuchika Okada, Hiroshi Tanahashi and Bullet Club. Headlining the event will be the Interim AEW Championship match between ‘The Ace’ and Jon Moxley, something which fans have been long-anticipating since the unfortunate injury sustained by CM Punk.

This is an event like no other, almost four years in the making and with a card that’s built to reflect the immense journey AEW has been on since it’s inception. Here’s what to expect as we all break through the Forbidden Door this weekend.

Forbidden Door airs live on Sunday, 26th of June on B/R Live & Fite.TV in the UK.