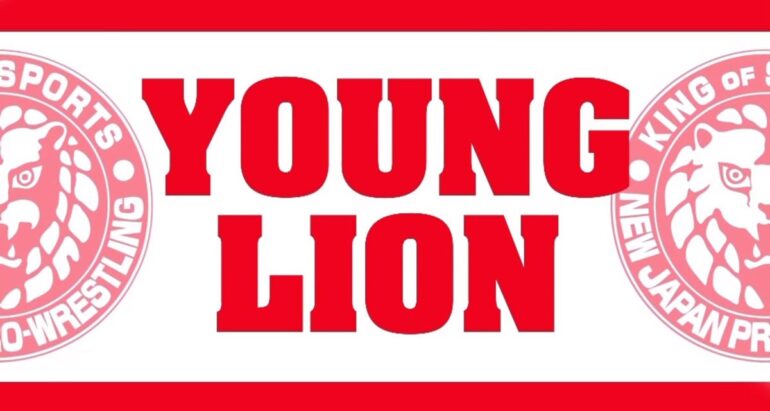 AEW is host to a plethora of young, budding and exciting talent, all of whom need experience to grow. On a TV ready product it becomes difficult to afford these younger wrestlers the chances they need to become even better, so would it be beneficial for AEW to employ a Young Lion system instead?

Commonplace in Japan, a Young Lion system is a well-established way of building a young wrestler into Best in the World, Ace material. In New Japan Pro Wrestling, take Hiroshi Tanahashi, Shinsuke Nakamura or Kazuchika Okada, as they’re all products of a Young Lion model. Young Lion style systems aren’t routine outside of Japan, but AEW could create one of their own in the USA if they so wish.

The system usually comprises of a conventionally 3 year period of “learning”, which is the black trunks, rarely winning phase that Gabriel Kidd is currently going through, followed by an overseas “excursion”. Shota Umino (in the UK) and Ren Narita (in the USA) are currently in this phrase, as they are experiencing vastly different wrestling styles, environments and crowds than they performed in front of in Japan.

Young Lions graduate on their return from excursion as a fully fledged member of the NJPW roster, either Jr. or Heavyweight. Their returns are often greeted by great improvement, additional experience and thorough excitement.

A Track Record That Speaks For Itself

There are many reasons for AEW birthing a Young Lion system, a principle one being the phenomenal track record of such practices. All of the great New Japan wrestlers have gone through a rigorous, yet rewarding, Young Lion – from Jushin Liger and Prince Devett to Satoshi Kojima and Togi Makabe and everyone in between.

This proves that the system works. So, is this transferable to AEW?

AEW has a wealth of excellent young talent, which could all be helped by additional in-ring experience. Tetsuya Naito was rejuvenated by his excursion, with it planting the seeds for his ‘Ungovernable’, Los Ingobernables de Japon leading persona. There are plenty of AEW wrestlers who could experience similar upward trajectories if they were given the chance to explore a different wrestling scene.

A Young Lion type system really could be a golden opportunity for some of AEW’s top young talent. Crucially, the method has two major upsides: affording wrestlers varied experience and an enhancement of their skills.

First, experience. Private Party, Lee Johnson or the Acclaimed could be greatly benefited by a Young Lion program, and critically an excursion elsewhere. They could travel to a smaller US promotion, such as IMPACT or the NWA, or across borders to international promotions.

AEW’s successful working relationships with companies all around the world would be perfect for excursion, as they would offer an array of different experiences to their arsenals. The key point of an excursion is to help a wrestler find themselves – their style, their character and their moveset – so varied promotions would deliver varied enhancements to the given wrestlers.

This brings us onto the second key upside, enhanced skills. There is a reason why a Young Lion comes back from excursion as an even better wrestler. The excursion program allows talent to grow, so there is no reason to doubt this could be the case in AEW too. If an Austin Gunn or Nick Comorotto went to a fellow US promotion, or a top company from somewhere else in the world entirely, they would return to AEW all the best for it. With improved in-ring ability, charisma and perhaps even star quality to boot.

Importantly for AEW installing a Young Lion system would mean “greener” talent wouldn’t be taking up prime TV time, and instead these spots can be given to more accomplished and exciting wrestlers. This doesn’t mean older wrestlers, but it does mean better.

Also, on return from excursion those wrestlers would be fully equipped to be thrust into prominent positions within AEW, in much the same way Kazuchika Okada was fired to the IWGP Heavyweight Championship upon his return to NJPW from excursion.

The talent would be much more clean cut in their Dynamite appearances, making the show better as a result. Currently, there is talent which aren’t really deserving of their primetime TV slots, but are getting there readily. With a system similar to that of the Young Lions, these wrestlers would only debut on Dynamite when they are absolutely ready to do so.

The weekly YouTube shows Dark and Dark: Elevation are already being used as a quasi “proving ground” for future stars, so this would be the perfect feeder into a worthwhile excursion. Wrestlers could hone their craft on these shows before gaining valuable experiences elsewhere and returning ready-made to AEW Dynamite in due time.

On balance, there are a few arguments which say AEW wouldn’t be benefited by a Young Lion-esque system. It already has AEW Dark, AEW Dark: Elevation, and it’s going to have AEW Rampage very soon. So, does AEW need this Young Lion system?

In America I think a Young Lion system would work best similar to a sports “loan” deal. With wrestlers being “loaned out” to a fellow promotion in order to improve, before returning to their “parent promotion”.

AEW has a wealth of sparkling youngful wrestlers, with their advancement utterly crucial to the long-term success of the promotion. So, a Young Lion could be the device which best delivers this improvement.

It’s all about star making – the unparalleled skill of NJPW’s superb Young Lions. If this is transferred to AEW, the result could be astounding and incredibly valuable to the future success of both wrestler and promotion. It could just be the golden ticket to AEW’s success.