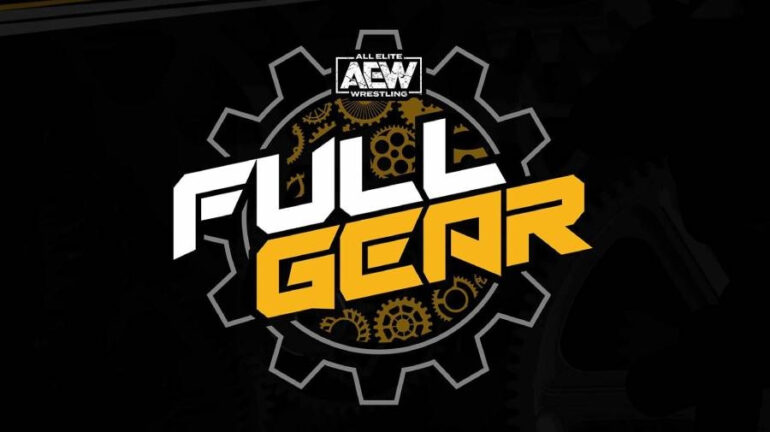 AEW’s fall pay-per-view hits New Jersey with a huge match card for the third year on the trot when Full Gear 2022 revs into action on November 19th, 2022.

In the main event, Jon Moxley will defend his AEW Championship against the hot, young upstart MJF in a match that has been talked about for well over a year. Supporting Mox and Max will be a massive card, packed full of title matches, the in-ring return of Saraya (fka Paige), blood feuds, legends and more.

Below is the full match card and line-up for this year’s edition of Full Gear, which takes place this coming Saturday, November 19th, 2022 on select providers.

There a total of seven title matches on the card for Full Gear 2022. In fact, only three matches in total don’t have a title on the line.

Also confirmed for Full Gear is a full roster-reveal for AEW’s upcoming video game, Fight Forever, which is being developed by Yuke’s, the same minds behind classic WWE games. Fight Forever itself is heavily inspired by No Mercy, often seen as one of the best wrestling games of all time.