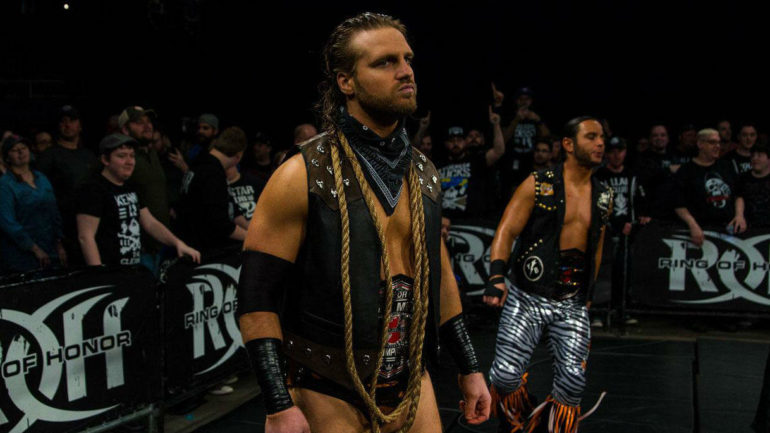 All Elite Wrestling’s World Champion Jon Moxley has stood at the top of the company since his coronation earlier this year at Revolution. PWI’s number one ranked singles wrestler in 2020 recently defended his title on Dynamite against fellow brawler Eddie Kingston, and his next defence will pit him against ‘The Murderhawk Monster’ Lance Archer.

Either of these men would make fantastic world champions, although we’re in no rush to see Mox’s reign end. But, when his time does come, who should dethrone the top guy? Here are five potential dream crushers.

With Jake Roberts in his corner, Lance Archer has been running through the AEW roster since his debut in March, with his only loss coming in the finals of the TNT Championship tournament at the hands of Cody. Archer will receive his championship opportunity on the Dynamite anniversary show on October 14th, awarded to him for winning the Casino Battle Royale at All Out 2020.

Archer and Roberts have been a highly entertaining act, particularly whenever Jake whispers a sinister tale of how everybody will die as Archer decimates some victims in the background. The duo would only be improved by being in possession of the top prize in the company.

They could continue to prove true the “everybody dies” mantra by crushing any challengers for the belt, until some underdog babyface – perhaps someone else on this very list – would step up and slay the monster in a star-making performance.

Although he came up short in his opportunity on Dynamite, it seems the ‘Mad King’ is not done with Jon Moxley. With the assault that he and his ‘family’ laid on the champ after their match, a rematch is almost certainly on the cards in the future for Kingston.

Eddie Kingston has been on fire since his debut in All Elite Wrestling, putting on a fantastic match with Cody on his first night and brawling with Moxley in their championship match to the point that both men were seemingly out on their feet and it looked like either could win at any moment.

Putting the title on Kingston would provide more ammunition for his impassioned promos about grinding and working harder than anyone else, and he could shout about finally reaping the benefits of staying true to himself all these years rather than becoming a “sports entertainer sell-out” like Mox. Plus, with his newfound ‘family’ watching his back, he may reign for a long time.

The ‘Prince of Pro Wrestling’ recently returned on Dynamite, with a new hair colour and a new attitude, attacking The Dark Order and viciously destroying the leg of a minion. Now, it could be that this new edge is just reserved for those who put him in the hospital, but what if it wasn’t? What if The Dark Order have changed the ‘American Nightmare’ permanently?

Maybe watching his family being repeatedly beaten down by Brodie Lee and his henchmen has driven him a little mad – which is exactly what he needs to take on a man like Jon Moxley. This new Cody could then go back on his word to never again challenge for the AEW Championship and prepare to take on Mox.

Cody could reign as a mad heel in power, using his publicly known position as Executive Vice President to control who he defends the title against, all while his brother and wife try to bring him back to the side of the family.

It’s quite possible, given his tag team ventures within All Elite Wrestling throughout 2020, that some fans may have forgotten that Kenny Omega is the man. During his recent appearances at the Dynamite commentary desk, ‘The Cleaner’ has stated his intent to pursue a singles career in AEW.

Omega becoming AEW Champion is an event that some fans expected to happen much sooner due to his prior popularity with western audiences for his work in Japan. There’s no reason he couldn’t be the one to beat Moxley; maybe in a rematch one year on from their unsanctioned match at Full Gear 2019, with Kenny coming out on top this time around.

Plus, while he may not be as much of a ‘home-grown’ talent as MJF or the next person on this list, Omega certainly can’t be seen as an ex-WWE guy like the previous World Champions, so his victory would be a show of confidence by AEW in themselves. We’ve seen that Omega can hang as the top guy in a company; and if he feels he needs to turn heel to accomplish this in AEW, that would be just fine too.

Adam Page has been a very popular man in All Elite Wrestling, with his ‘no Fs given’ personality, solid in-ring work and extremely over finishing move leading to many fans clamouring for a World Title run for the ‘Hangman’. Since the end of his Tag Title-winning partnership with Kenny Omega, Page has been competing in singles competition and will be moving up the ranks with these constant wins.

While Page has also wrestled in high profile matches for other promotions, he is not a multi-time world champion like Omega, and therefore could truly be seen as an AEW project and therefore arguably a huge step in the right direction for the company.

‘Hangman’ could face Moxley in a face vs face encounter, finally getting the big win and then reluctantly transition into a feud with a jealous Kenny. This will no doubt result in fantastic matches to remind us of the individual wrestling abilities of the two men.

Any of these challengers would make a great AEW Champion and it is likely that all their times will come eventually. For now, though, it doesn’t look like Mox is giving up the strap anytime soon, but we’ll see what Archer has to say about that on October 14th.