Why Adam Cole Needs To Become AEW Champion At Revolution 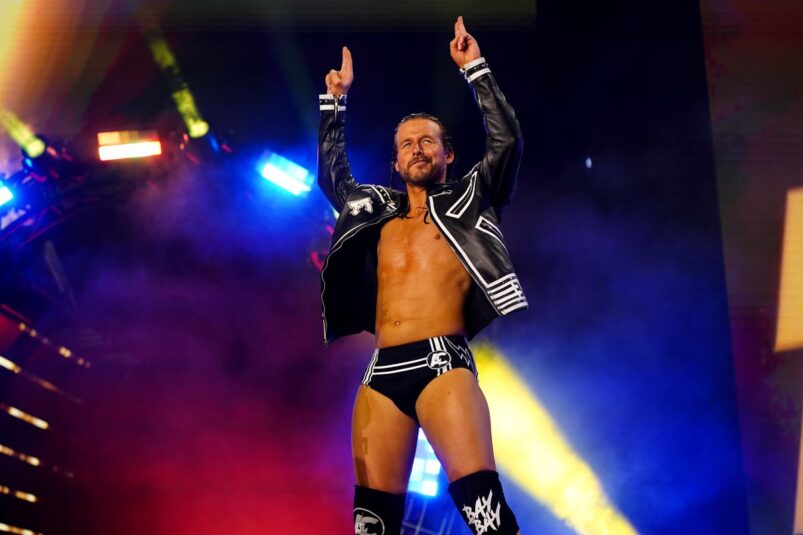 The Elite’s Adam Cole made his championship intentions clear in the closing moments of the Texas Deathmatch between Lance Archer and the reigning AEW Champion, ‘Hangman’ Adam Page. Being ranked #1 in the singles division, Cole has more then earned himself a pop at the title, bringing new life to the ongoing feud between ‘Hangman’ and The Elite. Now that this dream title fight is now all but confirmed for the upcoming Revolution pay-per-view in March, a conundrum presents itself: is this Adam Cole’s one shot to make it big in AEW?

Since making his first appearance at AEW All Out 2021, Adam Cole has been a shadow of his former status, playing second-fiddle to the likes of Kenny Omega and The Young Bucks. Cole has almost seemed like a bit of a lingerer, failing to really stand out as a bona fide superstar unless he’s shown alongside his Elite brethren. However, since the start of Omega’s injury hiatus, Adam Cole has slowly crept into the spotlight and is starting to shine as the Adam Cole we all hoped we’d see in All Elite Wrestling.

With former Undisputed Era pals Kyle O’Reilly and Bobby Fish standing by his side, this sets up the potential for a future split from the Elite, severing ties with his past and finally reaching his megastar potential. A stable war with Omega and The Bucks is indeed something that’s on everyone’s minds for the future, and this could go ahead regardless of the result at Revolution, but would it really be as effective if Cole didn’t become the next ‘guy’ during Omega’s absence? Plus, considering that it was Page that dethroned Kenny for the AEW Championship, for Adam Cole to swoop in and then defeat the guy that defeated ‘The Cleaner’ helps establish a potential reason for an envious Omega to return to set up this blockbuster feud.

Not only that, but Adam Cole has also yet to receive a big win since debuting for AEW. Aside from a few singles match wins against Jungle Boy and Orange Cassidy, Cole hasn’t really met the high expectations of the fans since his debut — he’s just sort of blended in to the rest of the roster. Here is his big chance to prove the doubters wrong and live up to his previous status: winning the AEW title in his first PPV main event would be a huge way to restore faith. The last thing AEW would want is for the guy that’s been considered the modern-equivalent to a young Shawn Michaels to be allowed to just be another wrestler on the roster.

Adam Cole could also become the first former NXT headliner to arrive in AEW and capture their top championship. With the tides of the AEW-WWE rivalry very much in their favour, having one of the mainstays of NXT during the hype of the Wednesday Night Wars successfully jump ship and become the AEW Champion is a huge statement to all those wrestlers deciding to follow suit. With the likes of Andrade El Idolo, Malakai Black, Kyle O’Reilly and AEW’s most recent acquisition in Keith Lee all being from the same ilk, watching a guy like Adam Cole reap the benefits of greener pastures to become an even bigger star than he was in NXT would be a massive boost to their potential within the promotion. Rather than giving the titles to those who came from WWE based solely on the fact that they’re former WWE superstars, and instead because they are genuine headline attractions that weren’t pushed as far as they could be, would be a massive credit to AEW.

Is there any argument at this point? ‘Hangman’ Adam Page has been a great champion during his first stint and should definitely find himself in the title picture again down the line. But his time is up and Adam Cole is the name on everyone’s lips. This is more than just playing hot potato with the title, this is about setting up AEW for a huge year and making a statement to all those wrestlers who are in the process of signing with AEW or are at least considering it after being jaded by WWE.

There’s only one name we should hear at the end of Revolution, and that’s Adam Cole.