Requiem For A Dream (of Rats). 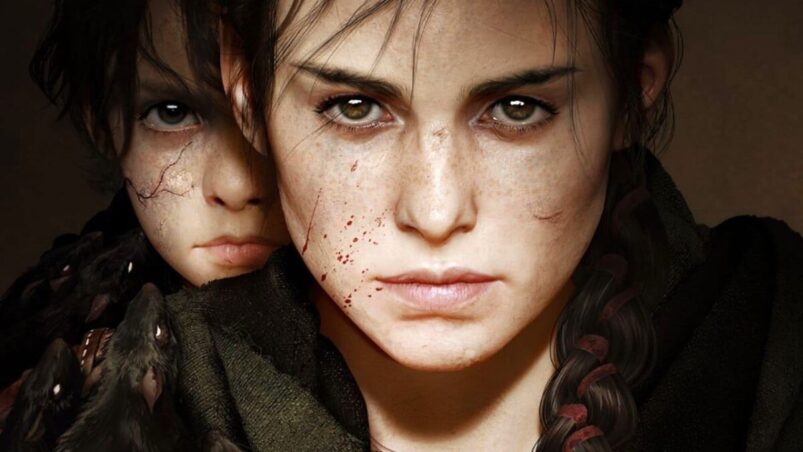 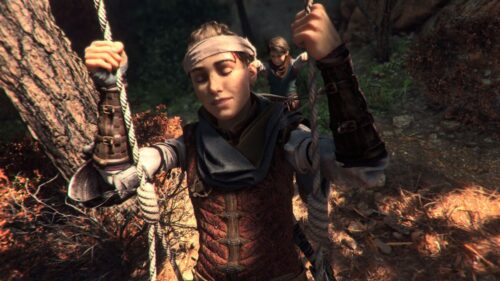 Ever since the release of A Plague Tale: Innocence back in 2019, many have been wondering what Asobo Studio could do with a next-gen entry in the series. More specifically, we all wanted to see just how many rats can Asobo fit onto the screen at any one time. The answer is “a terrifyingly large amount,” funnily enough, as that first encounter with the rats in A Plague Tale: Requiem is just one of several “ruh roh” moments that give the highly anticipated sequel a much grander sense of spectacle than its predecessor.

On the whole, A Plague Tale: Requiem is more of a reiterative sequel to the first game, taking what worked about the original and, for the most part, making it bigger and better than ever. The stakes are larger, the levels are bigger and the options you have in dealing with combat situations are a lot more plentiful than before. It’s not perfect, but it’s more of the same, and considering how widely beloved A Plague Tale: Innocence was, there’s every chance that Requiem could be your game of the year.

The story picks up six months after the events of Innocence, with lead duo Amicia and Hugo fleeing for their lives alongside their mother Beatrice and trainee alchemist Lucas. The quartet are travelling to find a cure for the Macula that’s plaguing Hugo’s body, but just as trouble finds the group once again, the rats rear their ugly head and the nightmare begins again. Hope might be found in Hugo’s dreams, however, as the little lad has visions of an island that may contain the answers he needs to survive the Macula’s curse.

On the whole, the narrative is great, mostly due to the relationship between Hugo and Amicia. Amicia spends much of the game grappling with her trauma from the last game, and how it makes her more reckless than she perhaps should be due to her protectiveness of Hugo. If nothing else, it’s a decent way of legitimising to the player how much more action there is in this game compared to the previous one. Sure, you can still be stealthy, but you’ve got more opportunity to leave no witnesses compared to the first game.

Still, Hugo is absolutely the emotional heart of A Plague Tale: Requiem. Video games that feature kids as main characters often suffer from making them come across as whiny little brats, especially when you’re escorting them (Atreus’ random heel turn in God of War springs to mind), but Hugo’s optimism and ability to find joy in the brief moments of respite during all the dread is constantly endearing. It also makes it all the more heartbreaking when things just keep going wrong. The poor kid just can’t catch a break, and having to watch him rationalise with the unfairness of life as a kid is utterly gut wrenching.

As for the actual narrative beats, A Plague Tale does a decent job of keeping the player on their toes. Some twists you can see coming a mile off, but the overall direction will ensure you remain hooked until the credits roll. The second half of the game in particular is astonishing, aided by the strength of the game’s characters. Just make sure you keep the tissues on hand throughout the game.

As for the gameplay, A Plague Tale: Requiem has received some significant upgrades when it comes to combat encounters. The inventory system has been simplified, so instead of a weapon wheel with 10 different options, it’s now just four options: your trusty sling, hand throwing, pots and a crossbow. Players can then change their ammo by pressing the d-pad left and right while the weapon wheel is open, and they can craft more ammo by holding A (or X on PlayStation). It might take some getting used to if you’ve just come from playing Innocence, but it’s a huge improvement.

The combat itself is still about using stealth, wits and resources to outsmart the guards that are looking to murder you, but you’ve got more tools at your disposal in order to deal with enemies, particularly if stealth isn’t working out for you. In the original game, helmeted enemies were a huge issue, as they required a special piece of ammo before they could be dealt with, but here you can use tar to blind opponents, or tar pots to create massive fires that engulf enemies entirely.

You also have access to a crossbow after Chapter 5, which is honestly just a beautiful “get out of jail free” card, as it can be used to one shot any enemy, even if they’ve got a helmet on. Just shoot them in the torso and they’ll drop like a sack of spuds. Some might not like the idea of having an instant win condition on hand like that, but ammo for it is pretty scarce until right near the end of the game, unless you fully upgrade it. Still, it’s nice to go from sort of powerless to a real force to be reckoned with over the course of these two games.

Hugo’s also received an upgrade, as the advanced evolution of the Macula has given him a developed connection to the rats, allowing you to see guards through walls and even command the rats to do your bidding. Sending out rats to devour guards is pretty fun in its own right, but aside from the chapter where the ability is introduced, there’s a pretty strict limit on how much you can use it. Because of that, it tends to go somewhat underused.

If you’re looking for puzzles in Requiem on the same level as Innocence, you might be left a little wanting. There’s the occasional puzzle here and there, but there’s nothing on the same level as the Chateau d’Ombrage rat pit puzzle in Chapter 7 of the original game. There’s only really one or two puzzles in the game that comes anywhere close, and even then, it’s got nothing on anything the original game had. Requiem definitely focuses more on the action and survival than the puzzles, and depending on your preference, that could either be a great or terrible thing.

Perhaps the biggest disappointment with the overall game, though, is the skills mechanic. Like the previous game, you can use crafting to upgrade your tools and equipment, but there’s an added skills mechanic that’s designed to make you more proficient in your chosen playstyle. If you play stealthy, you’ll receive stealth upgrades. Meanwhile, playing aggressively or using lots of tools and resources means you’ll receive more skills based on that style too.

It’s a good idea in theory, as it’s what’s used to underpin RPGs like Skyrim, but the execution feels lacklustre. The game offers no real feedback in terms of EXP gained per category, meaning you’re just flying blind until you unlock a new skill. Your companions will also comment on how you’re choosing to deal with a situation, which can be frustrating too. I don’t want to hear about how many guards are dead, Lucas. You’d be dead right now if it wasn’t for me, you little turd.

Despite some minor frustrations, A Plague Tale: Requiem is a great sequel to an absolutely brilliant game. It might not reinvent the wheel in terms of what a sequel can do, but Requiem didn’t need to. A Plague Tale: Innocence felt like a breath of fresh air when it launched back in 2019, and more of the same gameplay-wise is fine by us. The fact that the story is just as good is the icing on the cake.

A copy of A Plague Tale: Requiem was provided by PR for the purposes of this review. 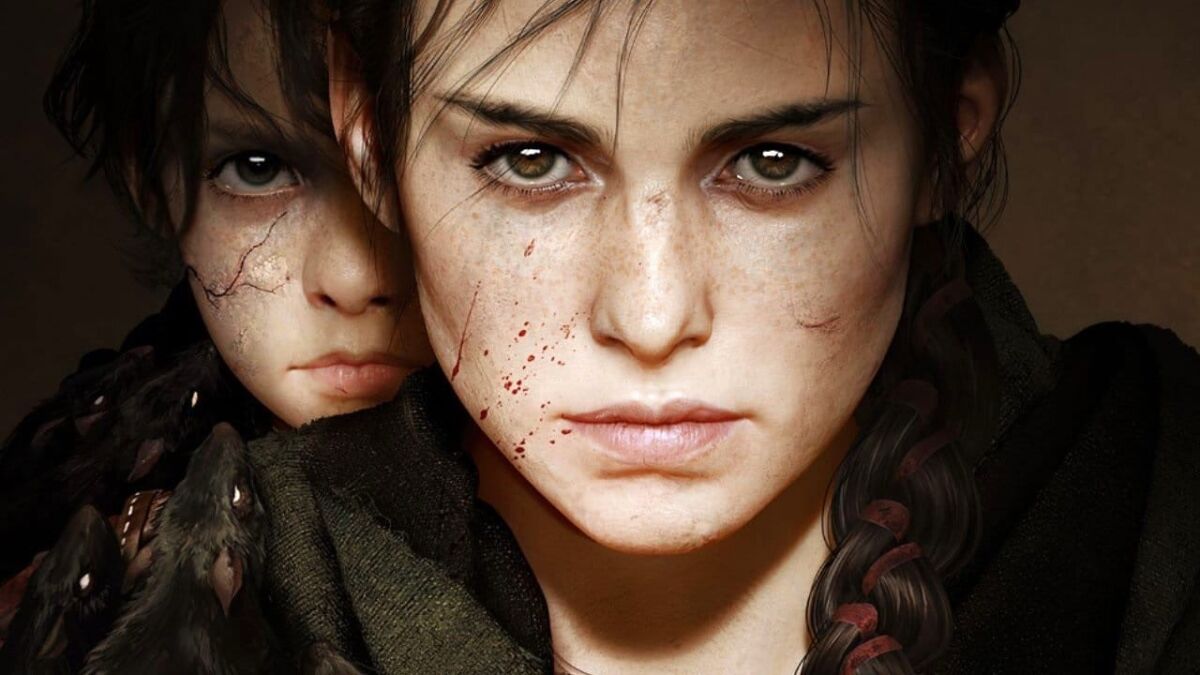 Verdict
A Plague Tale: Requiem is a brilliant follow-up to 2019’s cult hit, and could be a real contender for a lot of people’s Game of the Year lists.
8.5
Cultured Vultures is a pop culture website established in 2013 covering all things gaming, movies, and more. We eat your words.
All The News On The Biggest Games