A Dog’s Way Home has a bit too much filler, but it’s a cute and heartwarming story that any dog lover will enjoy. 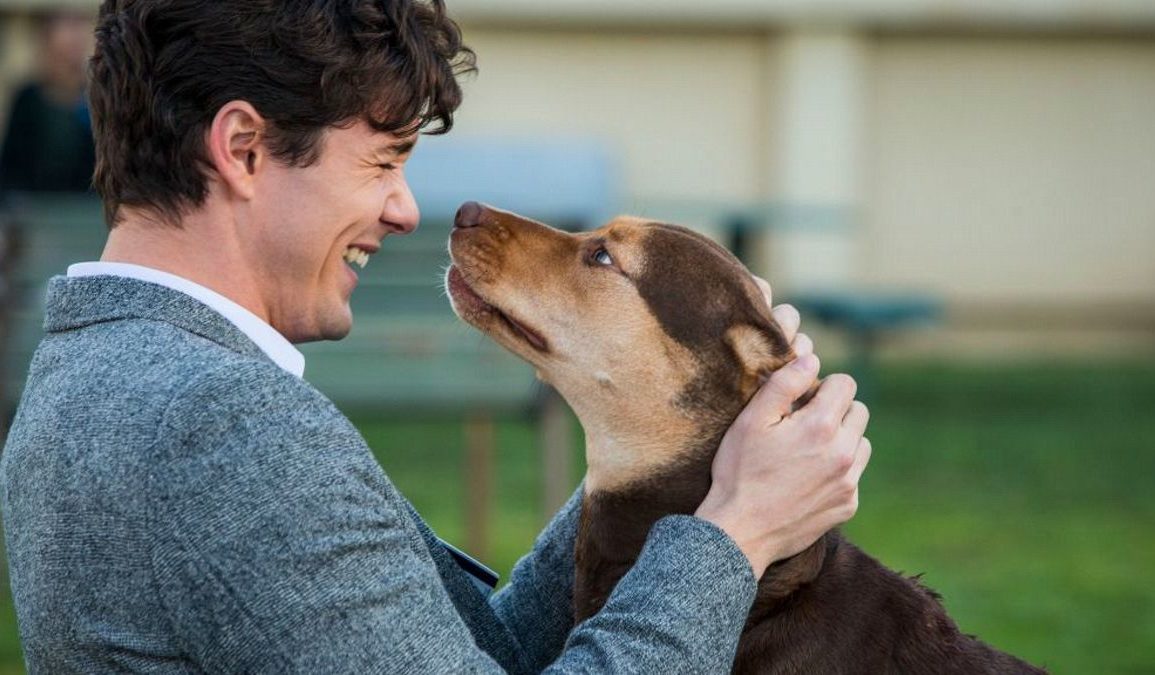 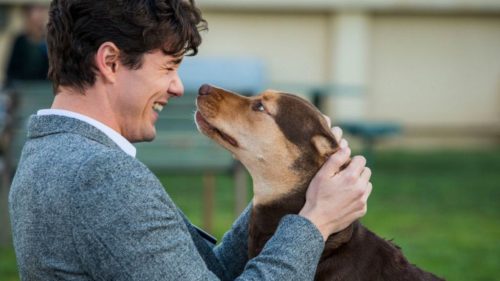 If you’ve gone to see a movie in the past couple of months then you’ve most likely seen the trailer for A Dog’s Way Home once or twice (or a dozen times, if you’re like me). Like most movies about and starring a dog, A Dog’s Way Home can be cheesy, manipulative, and overly simplistic, but hey, the target audience here is mostly children and dog lovers. I’m a dog parent myself to a beautiful girl (and if anything happened to her I would kill everyone and then myself), but I wanted to prove that I could resist the puppy dog eyes of Bella, the lost dog of the movie, remain my cynical and jaded self, and tear the movie apart in my review. Try as I might, I eventually had to let myself be manipulated into caring about the sweet pup, and settled in for one of the most bland and unoriginal movies I’ve ever seen (I’m sorry, I couldn’t help myself). Fortunately, it’s sweet and innocent enough to not be a total waste of time.

A Dog’s Way Home is based on the book of the same name by W. Bruce Cameron, author of A Dog’s Purpose, which also received a film adaptation back in 2017. Bella (whose thoughts are narrated by Bryce Dallas Howard) is rescued as a puppy by good-doer Lucas (Jonah Hauer-King) and his friend, Olivia (Love Simon’s Alexandra Shipp). She grows up with Lucas and his mother (Ashley Judd), and everything seems perfect until animal control shows up. Bella is part pitbull, a breed which is banned in the city of Denver, where the film takes place. Lucas and his mother make plans to move outside of the city, but during the move, Bella gets confused and becomes lost, and has a 400 mile journey ahead of her if she’s going to get back home to her family.

A Dog’s Way Home takes obvious influence from films like Homeward Bound: The Incredible Journey, with the difference being that none of the animals actually speak, not even the ones that Bella meets on her trek. Bella’s thoughts are what guide and carry the movie – it’s her desire to return home to Lucas that drives her against all odds, and that desperation and need for her person will tug at the heartstrings of any pet owner. The good thing about having a cute dog as your main character is that it makes them immediately sympathetic and loveable. It’s almost impossible not to fall in love with Bella and her sweet and playful demeanor, so you’ll want her to get home just as much as she does.

The film is inoffensive and predictable to a point where it feels like there’s almost no need to watch it, especially if you’ve seen the trailer, which basically shows the entirety of the movie. If it was just a simple tale of “dog gets lost, dog journeys home, dog gets home”, that’d be a bit boring, but the streamlining of it would be appreciated. A Dog’s Way Home, for some strange reason, decides to pad out the runtime as often as it can, clocking in at almost an hour and forty minutes. That seems a bit overlong for a simple family movie, and the last twenty minutes or so definitely start to feel like a drag.

There’s a lot of unnecessary filler that goes on during Bella’s journey. A long chunk of time is spent on Bella rescuing a man who gets buried in an avalanche, and in turn ends up living with a friendly young couple. The couple are nearby when the avalanche occurs, and they decide to take in the man’s dog, Hutch, until he’s out of the hospital, but they mistakenly think that Bella belongs to him as well. Bella lives with the couple for a considerable amount of time, and there’s a scene showing that Hutch’s person isn’t exactly a great dog owner, but it all feels pointless by the end, and Bella simply continues on her way. She also ends up with a homeless veteran for awhile, but that too doesn’t quite seem to want to lead to anything. The film seems to want to make some kind of statement about veterans (the homelessness being the most obvious) – Lucas and Olivia both work at the VA, and Lucas’ mother is a vet who struggles with depression (I think, they bring it up exactly one time). Bella also becomes an unofficial therapy dog for the vets at the center, but it’s difficult to figure out what exactly the film wants to say in regards to all of it, if anything.

A Dog’s Way Home also has a downright cartoonish interpretation of what animal control officers act like, with one becoming so obsessed with locking up Bella that he straight up sits outside Lucas’ house and waits for them. It’s a little too much, and on top of that, the drama surrounding Bella being part pitbull and animal control wanting to get rid of her feels completely detached from the journey home to the point where it’s almost like watching one movie, pausing it in the middle to watch an entirely different one, then going back and finishing the first one. Other issues with the movie are more nitpicky, like poor CG on Bella as a puppy and some wild animals she meets like a cougar who gets a large amount of screentime. There’s a particularly heinous scene with Bella and the cougar playing and sliding across a frozen pond that just looks awful and probably should’ve been left on the cutting room floor. The cougar also saves Bella from a pack of wolves, and the two happily travel together while “Lean On Me” plays. Definitely should’ve toned that down a bit.

Despite unrealistic “villains”, weak CG, and a very cookie cutter plot, A Dog’s Way Home still manages to successfully present a heartwarming story about the limitless nature of love. Dog lovers may want to consider bringing tissues, it’s certainly an emotional journey home for Bella. It’s a good film for families to enjoy together, and with just a little trimming of its unnecessary filler, it could be pretty solid. We’re not looking for an Oscar contender here, folks – it’s cute, it’s sweet, and when it’s not randomly morbid, it’s joyful. At the very least, it made me unable to wait to get back to my dog, and make sure that I never lose her. 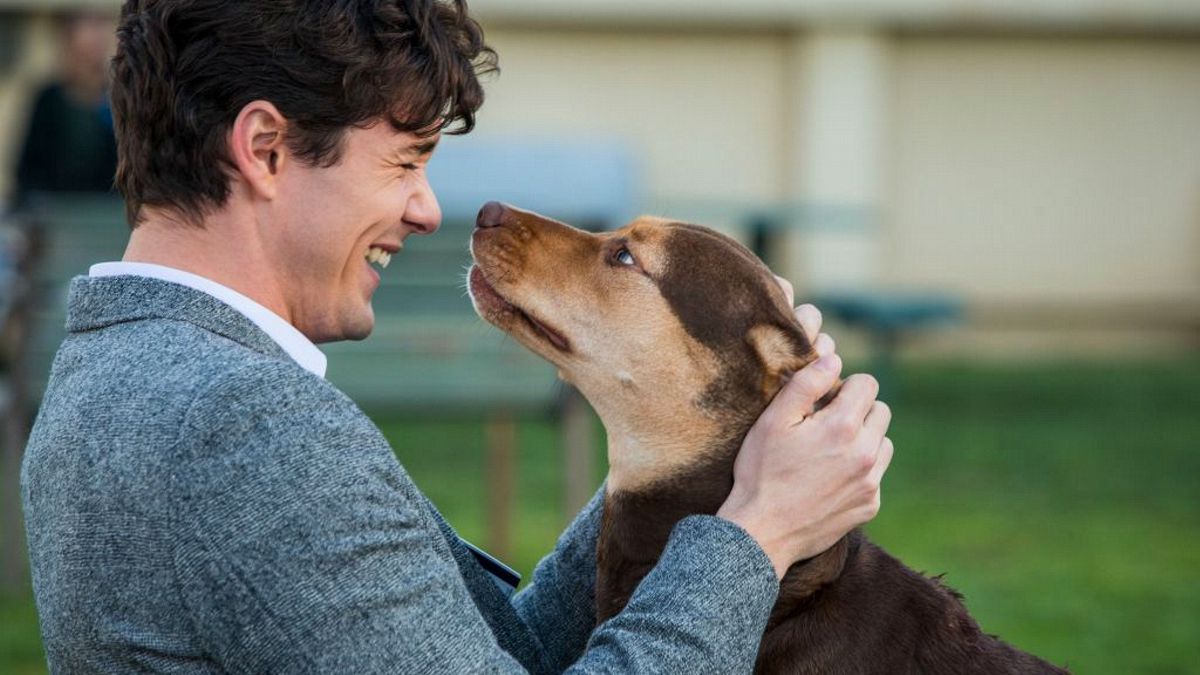 Verdict
A Dog’s Way Home has a bit too much filler thrown in to pad out the runtime, and the segments at home feel very detached from the dog’s journey back home, but it’s a cute and heartwarming story that any dog lover will enjoy.
6
Cultured Vultures is a pop culture website established in 2013 covering all things gaming, movies, and more. We eat your words.
All The News On The Biggest Games