6 90s Cartoons That Were Ahead of Their Time

Sometimes the animation industry gets confused, and releases shows some twenty years before the audience is ready for them. 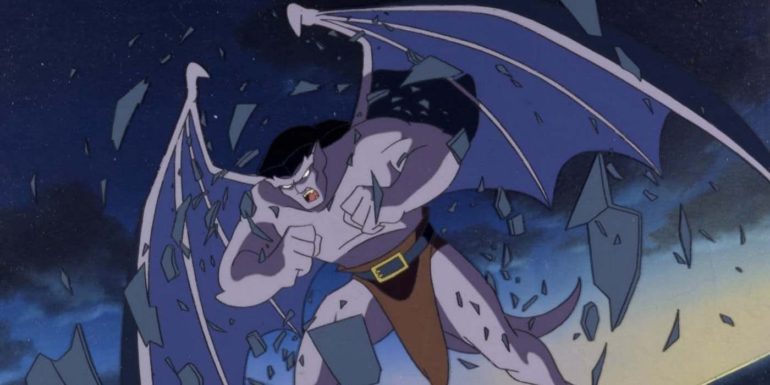 The ‘90s were a unique time. Post-Cold War and pre-9/11, they had an innocence about them that earns them the title of “The Last Great Decade.” It was also an exciting period for television that broke ground for storytelling, content – and cartoons.

Seinfeld, Melrose Place, 90210, Buffy the Vampire Slayer, the cast of Saturday Night Live throughout then – you can rattle off any number of reasons the 90s ruled. Scenes were changing as well: Nirvana slew Hair Metal, ECW shook up wrestling, DC killed Superman, Image Comics became a thing. And, just like that, everything was grittier, becoming a new Wild West of creativity. But nowhere was this more true than in the realm of animation.

In the 80s, cartoons were chiefly aimed at kids to sell toys: things like scripting and plotting came second or sometimes dead last. Creators, writers, animators and a few network people got tired of that so they took chances and pushed boundaries. Out of that sudden turn of fury came The Simpsons – which ended the stereotype that cartoons were nothing more than kid’s stuff. And, through the Batman and Superman animated shows, DC’s Animated Universe also was born. Both are institutions still with us today.

What follows is a few cartoons that weren’t as lucky, and deserve more than the fleeting recognition they received back in the day. 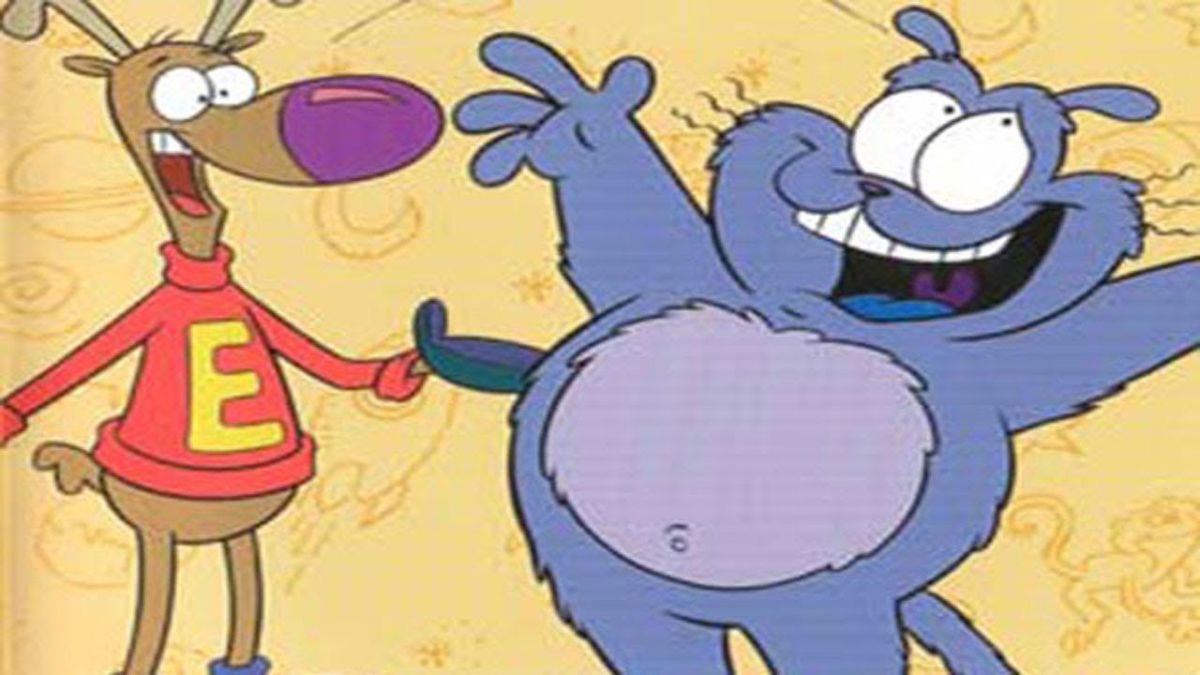 Kumbaya – it’s the show that taught kids the universe was made up of Fabio and not dark matter.

Created by the animator behind the Whammy on Press Your Luck, Savage Steve Holland, EEK! The Cat aired on Fox Kids – the house Batman and the Power Rangers built – and Canada’s YTV. It’s a simple premise: a family cat lives next store to his gal pal and her mean little pooch who is half dog, half shark (because reasons). Eek and shark-dog don’t get along and the usual Tom & Jerry shenanigans are thrown out in favor of meta pop-culture references.

Almost nothing was off limits as Eek lampooned everything from The Terminator to Fatal Attraction and Snoop Dog. Deliberately or not, EEK! The Cat played a part in setting a trend for the model of postmodern humor that is standard in comedy today. We who grew up watching should revisit its antics with a new appreciation. 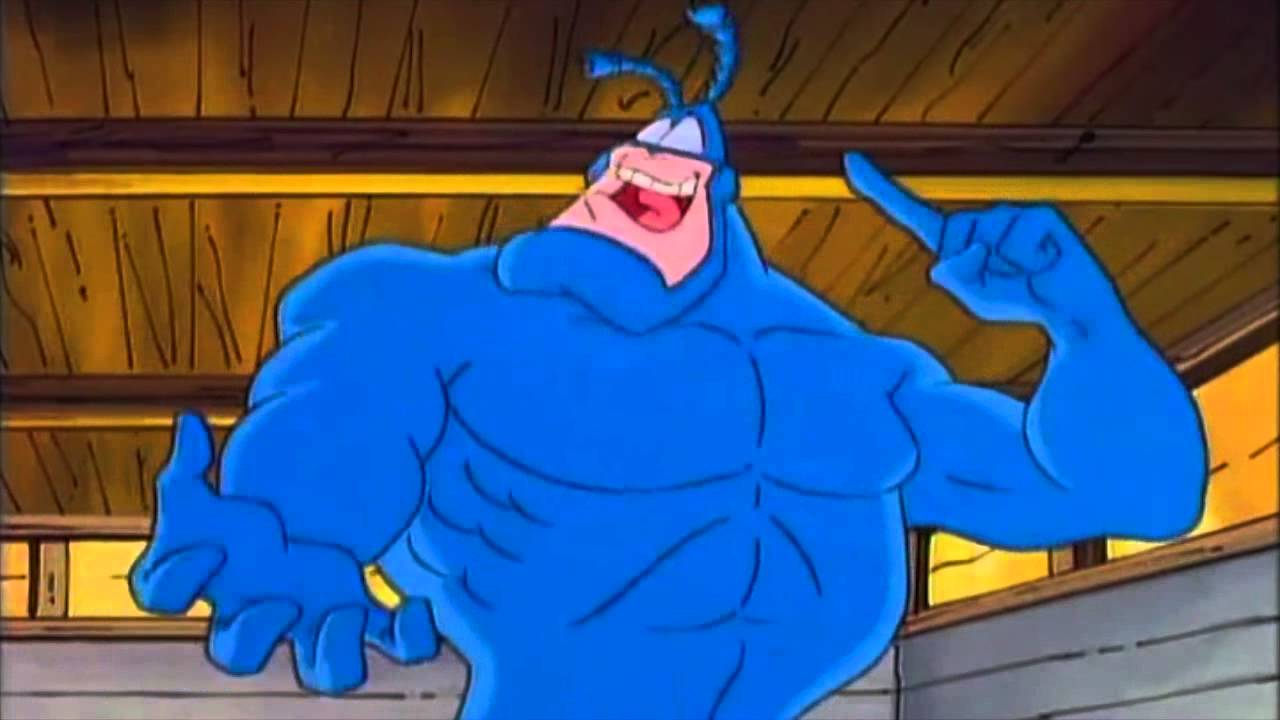 You know this one if you have Amazon Prime. A bumbling super-strong hero fights sundry strange criminals with his sidekick, Arthur. Somebody important must fondly remembers the slapstick of the parodic crusader from decades ago, because The Tick has been adapted for live action TV twice now. But, before that, it was a comic book way weirder than its cartoon spinoff.

As a toon, The Tick ran for a few seasons, prolonged by frequent hiatuses; and the animated series is what brought the character to everyone’s attention. Not long after it, Patrick Warburton (Seinfeld, Family Guy) starred in the first live sitcom that didn’t last. But the Root of Evil is never enough to keep Tick down. Wait another few years and we’ll be seeing the big blue goofball on TV or streaming again. 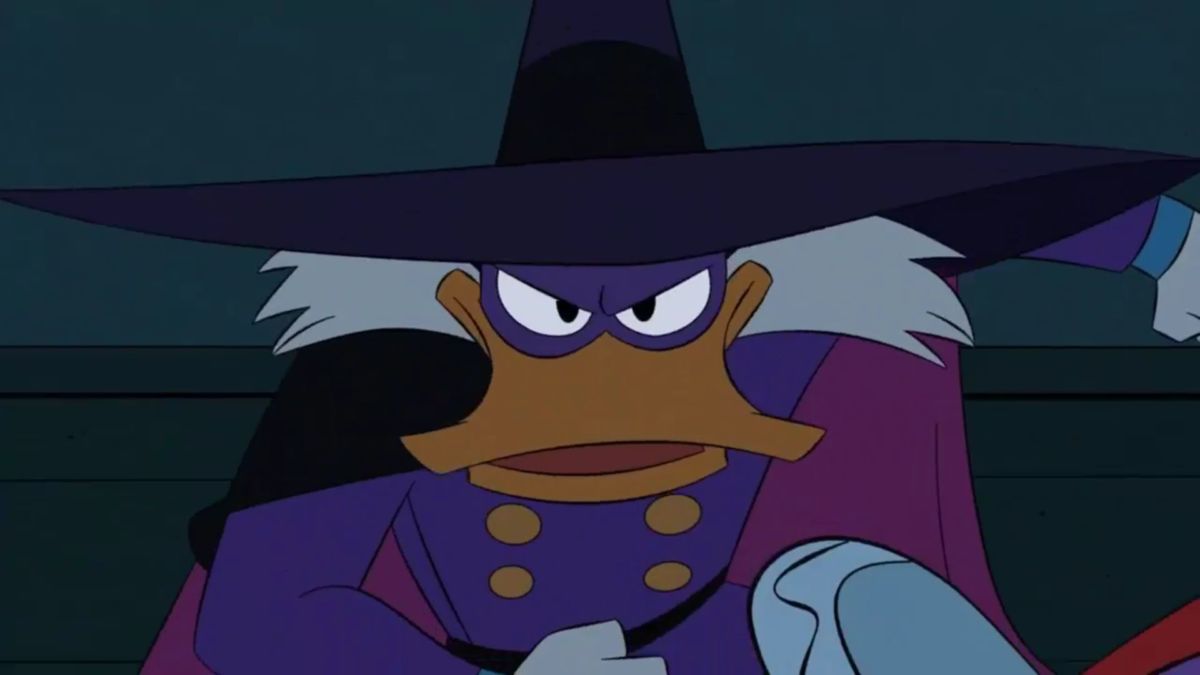 In one of Disney’s most self-aware efforts, suburbanite single-dad duck Drake Mallard masquerades as Darkwing Duck, The Terror That Flaps in The Night, to fight crime in St. Canard. By his side are sidekick Launchpad and daughter Gosalyn and against him is a rogue’s gallery of Batman and Spider-Man proportions, including his evil twin, Negaduck.

A signature of Disney weekday afternoon programming, Darkwing Duck spun off from DuckTales and ran for three seasons no one was soon to forget. Syndication and a few comic-book miniseries followed. It’s easy to see why the character lives on: popular culture is always obsessed with superheroes and cartoon violence. Entertainingly brilliant between its writing and references to everything from The Shadow to Your Friendly Neighborhood Webhead. Watching the new DuckTales, Darkwing is as fresh and relevant today as he ever was. 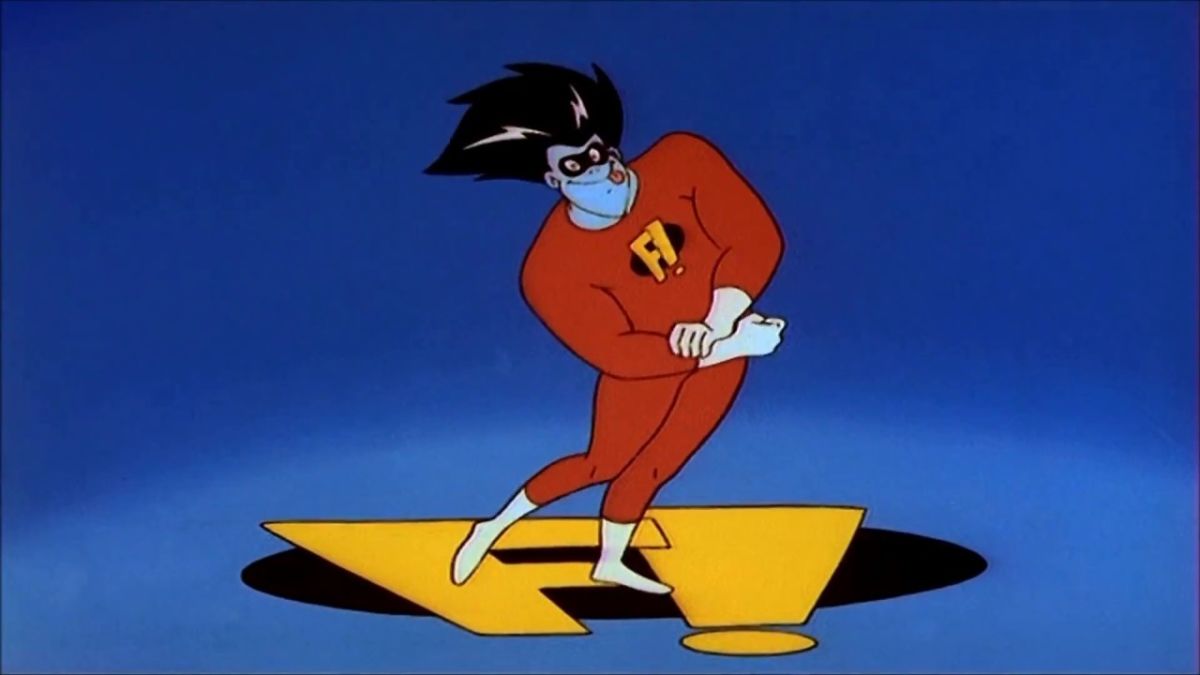 Steven Spielberg was up to much more in the ’90s than Jurassic Park and Saving Private Ryan, and he didn’t limit himself to the big screen. Teaming with Batman showrunners Bruce Timm and Paul Dini, he launched this oddball superhero satire in 1995 for the fledgling Kids’ WB.

Nerd Dexter Douglas tries to delete code accidentally typed in by his cat from his computer when he’s sucked into the information superhighway. Spit back into reality, Dexter becomes Freakazoid, a clownish, jerky adventurer in red underwear.

Freakazoid! is fondly remembered by those who watched it – both seasons. One reason was its prescient commentary on nerd and hipster culture before those things went mainstream. Freakazoid often stopped villains simply by being too weird or boring, and he’d try to rebuff wannabe sidekicks with leaked Batman scripts or autographed 8×10’s of Stan Lee – like a chummier Deadpool.

A reboot of this show is well overdue. Today, it would finally have an audience that understands it. 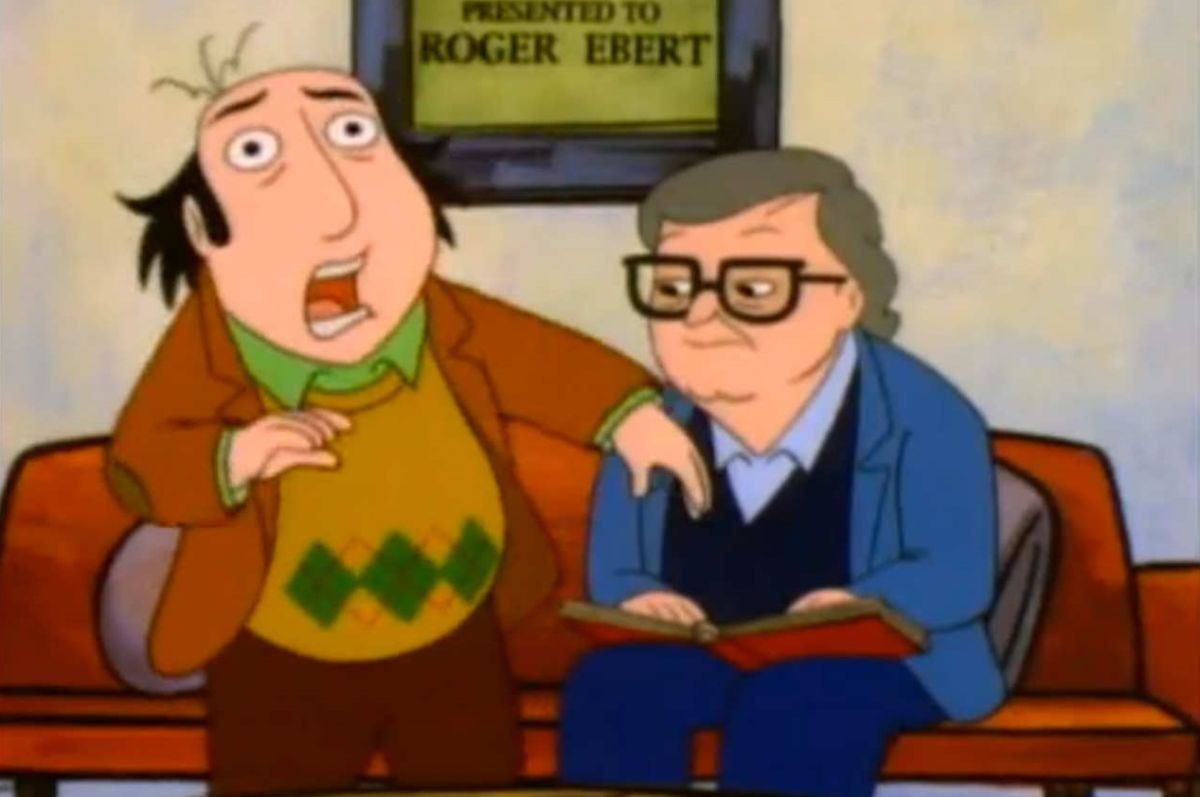 Starring the voice talents of Jon Lovitz, the comedic misadventures of film critic Jay Sherman in NYC bounced from ABC to FOX before cancellation in 1996. Well-written and off the wall, it employed the kind of meta humor other animated shows – Simpsons, Family Guy, Rick and Morty – rely on to excess.

And of course it did. The Critic was created by former Simpsons showrunners Al Jean and Mike Reiss, a duo who worked on that show when it was actually good. Jay made a few cameos to expose him to a wider audience – who didn’t bite.

Neither did executives, or at least not for long. Jean and Reiss faced pushback from both networks on their new project, but The Critic still developed a small following – then left a massive hole Seth MacFarlane and Dan Harmon had to fill, over and over.

The Critic is one of those underrated masterpieces that audiences just didn’t get at the time. Lucky for you, it’s free to check out on Sony Crackle. 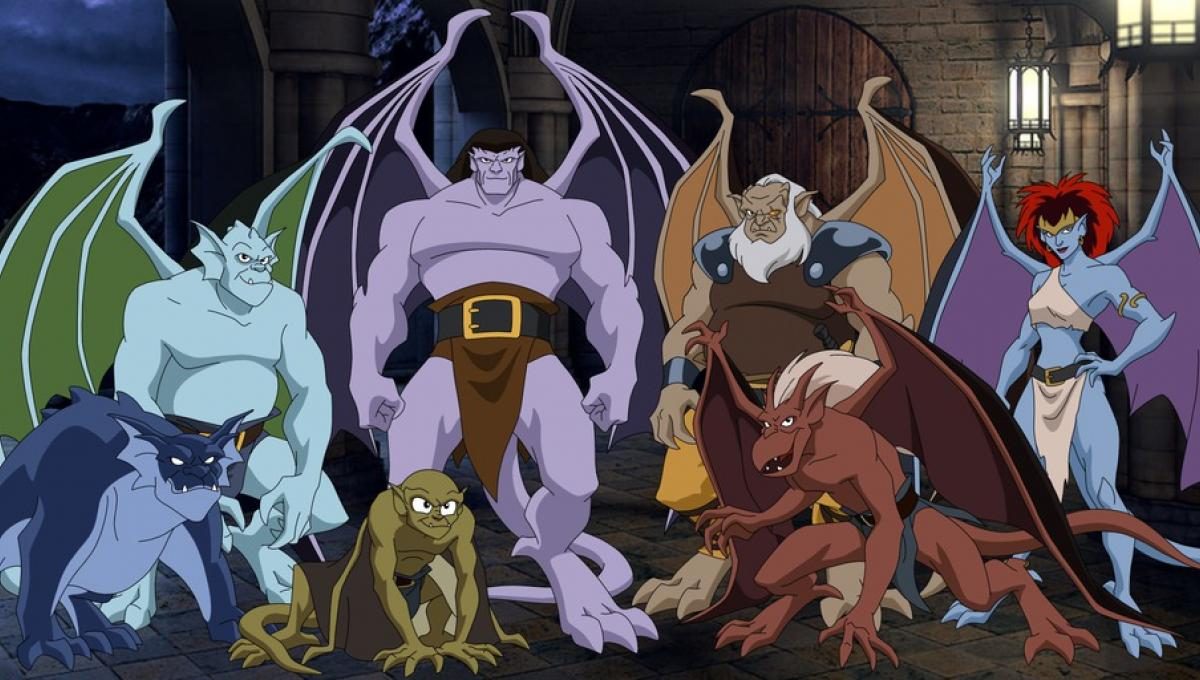 Did you ever wish there was a cartoon that brought together the formula of Teenage Mutant Ninja Turtles and the tone of Batman? Gargoyles is for you.

Frozen in stone by a magic spell for a whole millennium after facing betrayal in Medieval Scotland, Goliath and his clan of winged “defenders of the night” awaken in modern-day Manhattan. Operating in the shadows and trusting few humans, except NY policewoman Elisa Maza, the gargoyles are beset by corporate conspiracies, street crime, and enemies from their past. Ultimately betrayed again, they wind up at odds with their benefactor David Xanatos.

Disney did dark-and-gritty Shakespearean drama with Gargoyles before Marvel was ever on their radar, making it the House of Mouse’s most unique offering at the time. Spinoffs were talked about but never happened. Fortunately, the show’s creator and a select group of fans never gave up on the show and meet for yearly conventions. There really is life after sunset for the stone beasts.

For more cartoon fun, check out our list of the Best Animated Movies, or learn why Disney should never have made those live-action adaptations.