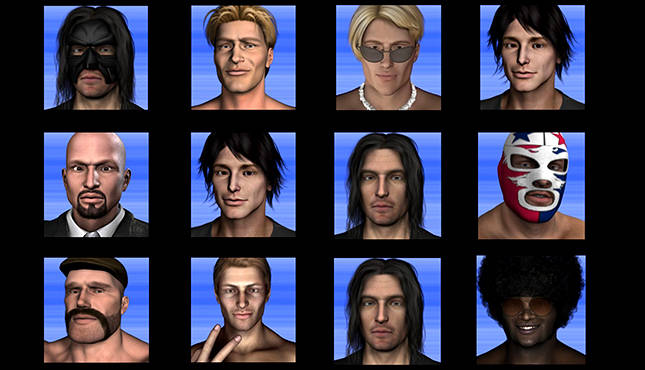 If you haven’t heard of the Total Extreme Warfare (TEW) series by Adam Ryland, then you’ve been missing out on arguably the best wrestling games ever made. A lofty claim, but WWE’s output as of late has consisted of passable yet repetitive efforts. The primary issue is WWE’s need to protect the business with their video games, presenting matches as legitimate fights. This has made their games more akin to an arcade fighter, something that other franchises have done more effectively. As wrestling fans, we know that it’s all a work and that great wrestling isn’t about wins and losses, but putting on strong matches with meaningful storylines.

TEW provides us with something we’ve dreamed of doing, the ability to run a wrestling promotion. Kayfabe is thrown out of the window as you are given the opportunity to assign talents with characters, coordinate storylines, pluck talent from other promotions, and countless other features. For all intents and purposes, this is Football Manager but with wrestling.

The level of depth offered in this year’s edition of the long-running independent series can be scary to newcomers, but the community forums are filled with threads that can guide you through your first time. The game presents you with a wide array of options right off the bat, allowing you to pick a fictional promotion to take over. You can start off in a small indie fed and build it into a bigger brand, or you can jump right in with a juggernaut promotion.

If you’re into roleplay and don’t want to play with the pre-set promotions and wrestlers, then you can download a real world mod from the community forums. These are accompanied with regular roster updates so your game is never behind on real life. The options from that point are limited only by your imagination, all your wildest wrestling fantasies can be lived out. Turn John Cena heel, bring back CM Punk, download a Monday Night Wars mod and try to put Vince out of business with WCW. Hell, make your own mod and stop the the wrestling boom of the 1980s from happening in favour of the territories continuing to exist.

The only major drawback is the perceived inaccessibility of the series. The first game was released in 1995, and much of the current audience played the original over twenty years ago. The complexity of the game is intimidating, and there is an initial fear of doing something wrong. But once you’ve thrown yourself in, your inner wrestling booker can shine. Any element of running a wrestling promotion that you can think of is in this game. Everything from modifying the quality of your merchandise to finding TV deals, the virtual wrestling world is your oyster.

If you’re hesitant about putting your money down, then the most popular game in the series, Extreme Warfare Revenge, is available for free from homeofprowrestling.com. The site also provides skins and mods for every TEW game as well as EWR, which is a fantastic game in its own right, albeit without the depth of its successors. Total Extreme Wrestling 2016 can be purchased from the Grey Dog Software web store for £27.65 and is worth every penny. It’s the wrestling game you’ve always wanted, made a reality.