In honour of Stomping Grounds, here's when else Vince's games of Scrabble have let him down. 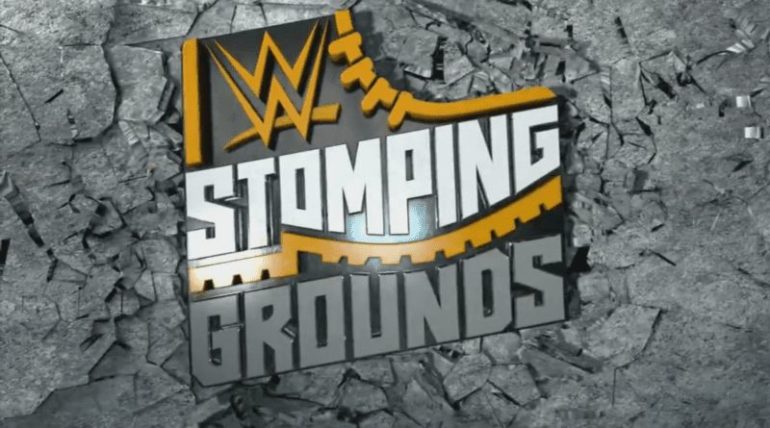 After the lackluster and disastrous Super ShowDown that occurred this past Friday, we are now a little more than two weeks away from WWE Stomping Grounds. Yes, you heard correctly ladies and gentlemen, the next pay-per-view name for the WWE is titled “Stomping Grounds”. Granted, the name is definitely not appealing to the eye, let alone good. The name is surely the brainchild of the WWE creative department and I mean that as sarcastically as I can be.

As bad as the name maybe to the eyes of yours truly and the rest of the WWE Universe, let me talk about five other names throughout wrestling history that were terribly bad, if not worse, than Stomping Grounds. 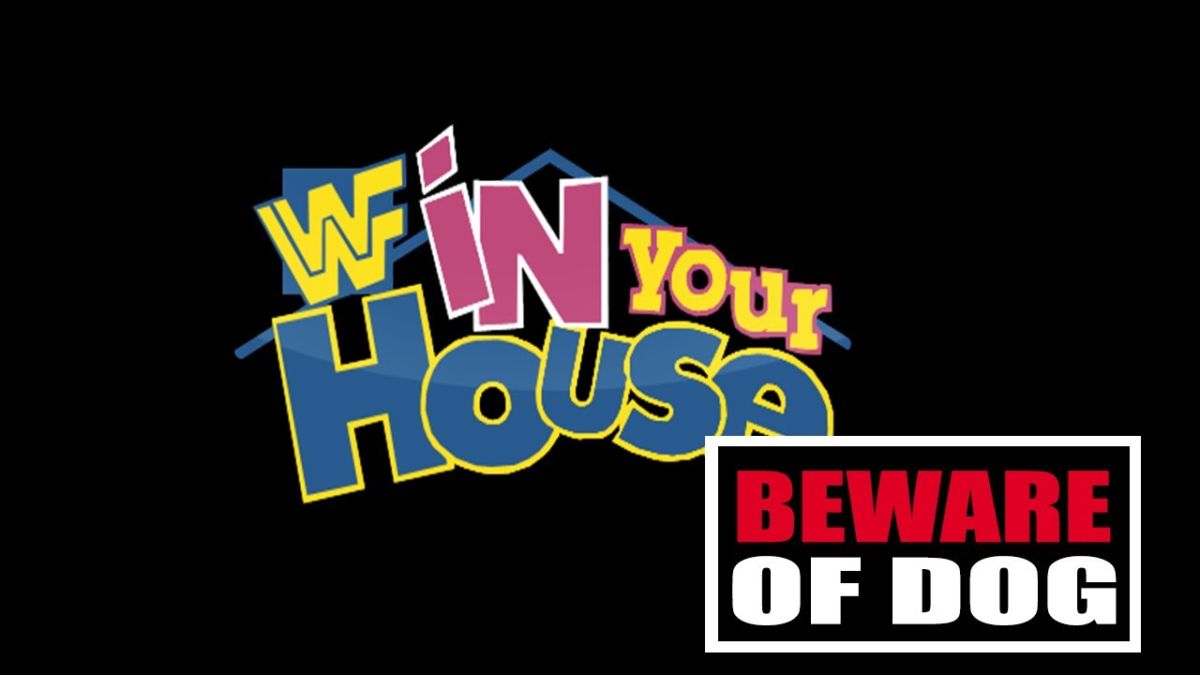 So we kick off the list with a name that was downright funny. During the days when WWE used to have a theme for each “In Your House” event, this name was used to coincide with the main event between Shawn Michaels and The British Bulldog Davey Boy Smith. I guess based on the name we were supposed to be afraid of The British Bulldog?

In my opinion, just like the name of the event, his bark was far more worse than his bite. The show was bad. Very basic. The only memorable portion came from mother nature herself. A severe thunderstorm caused the pay-per-view audience to miss the majority of the show due to a power failure.

The audience attending the event were succumbed to watching the event in the dark. The WWE decided to run another show two days later to make up for the power failure. Bottom line, the name was ridiculous and was a head scratcher. 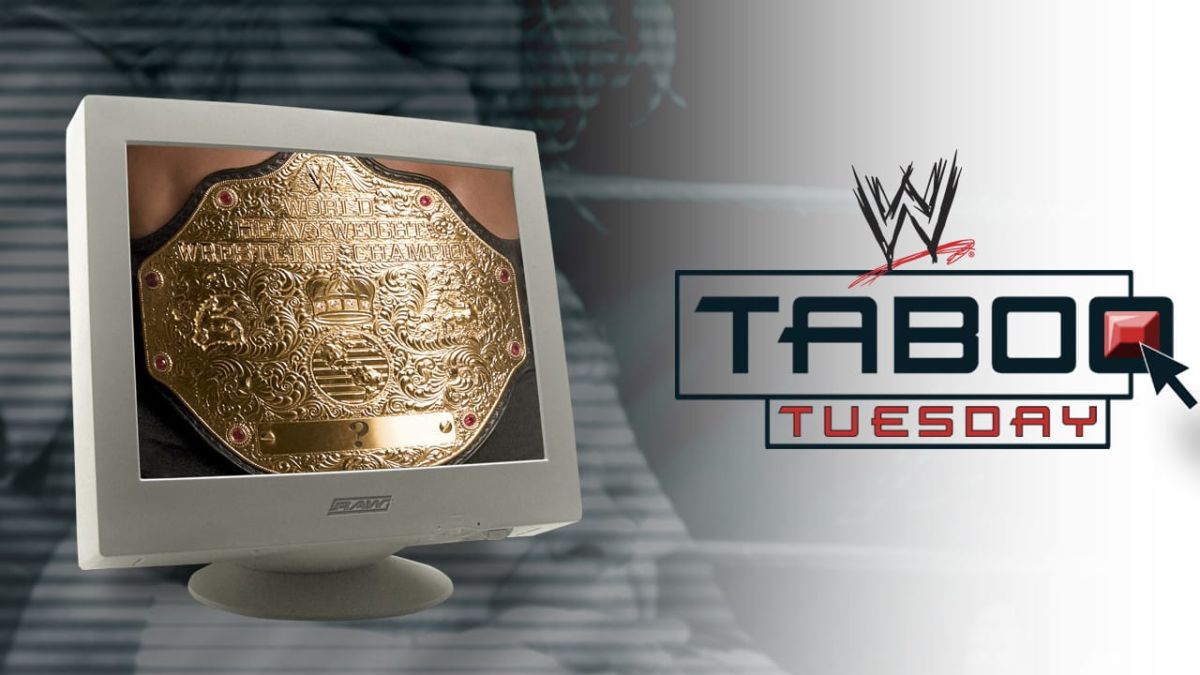 The name itself isn’t too bad, but not great either. I mean, what is so “taboo” about Tuesday? Alright, I get the idea. WWE wanted to try something new and hold the event on a Tuesday with a catchy name. Problem is, when you see the concept with the idea for wrestling fans to vote on what match stipulation they want to see, the name doesn’t fit at all. No wonder the company decided to change the name to “Cyber Sunday” a year later.

Next, we have an event that most old school WWE fans will likely remember. This was an official pay-per-view that followed Survivor Series held to showcase the rematch between Hulk Hogan and The Undertaker for the WWE Championship.

The event itself was subpar and not very memorable, outside of the fact that we saw the WWE Championship vacated by (kayfabe) WWE President Jack Tunney following the controversial finish between Hulk Hogan and The Undertaker. The fact that we had such an atrocious name for an event that was more like a house show with two headlining matches and a very lackluster undercard. What were they thinking!?

On the road to WrestleMania 32, the WWE decided to squeeze in one more pay-per-view as an attempt to draw in more eyes for the upcoming WrestleMania 32 event for April. The show was met with very predictable results that left wrestling fans wondering why Vince McMahon even bother to have this show in the first place?

Did we really expect to see Triple H lose his WWE Championship to Dean Ambrose just weeks before heading into WrestleMania to defend against Roman Reigns? The match itself was pretty good for what it’s worth, but the fact remains the WWE Universe was treated yet to another glorified house show that should never have occurred in the first place. On the “Road to WrestleMania”, the fans were met with a Roadblock that should have been ran down and destroyed in the first place!

No more than a year later, we were introduced to the biggest stinker of them all. I’ve honestly heard of a lot of bad pay-per-view names in my time. I’ve been a fan for well over twenty five years and counting. Some of these names I’ve mentioned above. This name, by WWE standards, made me wonder exactly what the heck WWE creative were smoking on this day? Out of all the random, silly names you could come up with we get introduced to “Great Balls of Fire”. The name. The theme song. This was the cherry on top of a crap sundae in terms of very bad WWE pay-per-view names.

Going forward, I challenge the WWE creative and the McMahon family to use a little more creativity. It’s almost embarrassing to say yeah, we got a hell of a match between Brock Lesnar and Samoa Joe but it took place at some event called “Great Balls of Fire”, which you can’t help but chuckle or laugh at based on the name alone. Perhaps that’s what the company was aiming for and believing that as long as the card was good, no one would care about horrible name anymore?

To be honest, either way you slice it, this is not the way to do business and I fear that WWE is only going to continue down this path with horrible event names, booking, creative and so forth. I’m not hating on the company, I just want to see them do better and get back on the right path.