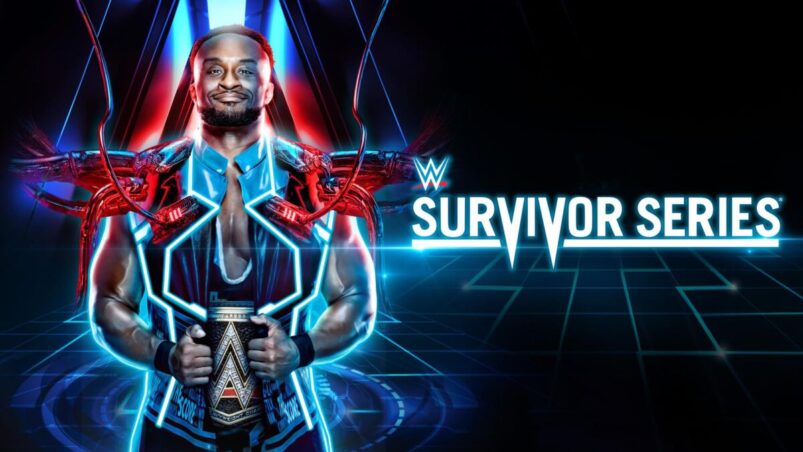 Back in February 2010, WWE made the decision to axe its second-longest running pay-per-view series after WrestleMania. The decision was quickly and quietly reversed, but 11 years later, Survivor Series still seems to put the promotion in a quandary.

Survivor Series usually produces some good-to-great matches and is an event with significant history and a unique format, but for some reason the event doesn’t feel like it stands out in the modern era.

So what could be done to bring Survivor Series back to its former glory? Let’s take a look at a few options.

Since 2016, Survivor Series has focussed almost entirely on RAW versus SmackDown. Of course, there were similar matches during the first brand split (largely to promote a video game series), but it’s only in the last five years that everything about the event has become geared towards brand warfare. Although this approach is much-maligned by fans, it makes some sense that having one show a year with this gimmick should at least stand out. The problem with this in practice is excruciatingly simple: There is no brand rivalry.

If WWE insists on retaining this focus, more has to be done to make the RAW and SmackDown rosters feel different. The RAW versus SmackDown matches in the mid-2000’s generally felt like a spectacle, even if few fans were genuinely rooting for one team over the other. A major reason for their success was that the wrestlers on opposite sides in the match rarely interacted with each other during the rest of the year. Far fewer wrestlers moved shows during the drafts and crucially, the draft was scheduled far away from Survivor Series.

Why should anyone care about the RAW men’s team this year when three of the members were part of SmackDown six weeks ago? For a wrestler to truly represent a team, they need to do more than wear a red or blue shirt.

WWE needs to ask itself a question: Who is this battle of RAW versus SmackDown for? The fans may enjoy one show more than the other, but this isn’t the same as supporting a team. The wrestlers swap brands fairly regularly and ultimately all work for the same company. The broadcast partners try to play into the rivalry a little, but a shallow corporate battle is never going to be that exciting and has no relevance outside of the US.

The reality is that Survivor Series has simply become the WWE version of the all-star games common in American sports – the result just doesn’t matter.

Survivor Series was conceived to extend the feud between Hulk Hogan and André The Giant. This kind of storytelling is fundamental to professional wrestling and should once again become the foundation of Survivor Series. For example, a 5-on-5 match between squads led by The Bloodline and The New Day would be far more compelling than this year’s interbrand offering. It can be difficult to build feuds with the numbers needed for a traditional elimination match, but it’s not impossible and would be preferable to the meaningless brand warfare seen in the last few years.

When I think of memorable Survivor Series elimination matches, three come to mind: Team WWF vs The Alliance in 2001; Team Bischoff vs Team Austin in 2003, and Team Cena vs Team Authority in 2014. All three stand out to me because the teams were fighting for something. The stipulations gave sufficient meaning for moments I will never forget: Kurt Angle betraying Steve Austin; a bloody Shawn Michaels fighting back from a 1-on-3 situation only to lose to Randy Orton, and Sting making his debut to thwart The Authority. Stipulations to reward the winners or affect a major storyline allow a match with good in-ring work to become a fantastic match for the ages.

The bigger storyline stakes always seem to work best, but other options can also give a match a reason to exist. For interbrand bouts, the final spots in the Royal Rumble might be a reward that can at least inform future storylines. Bigger stakes should be on the table too: WWE hasn’t really experimented with putting titles on the line in traditional elimination matches, but they definitely could. Title shots could also be earned in such matches. Hair versus hair would add a level of intrigue – in reality, there’s no limit to the kind of stipulation that could be added to a Survivor Series elimination match (but please, no eyes for eyes matches).

4. Bring In NXT For One Night Only

In 2019, NXT also competed at Survivor Series and although it still suffered from some of the problems mentioned previously, it was far more interesting than most other years. Personally, I wasn’t a fan of the 5-on-5-on-5 format used, but it was definitely interesting to see the mix of wrestlers on one show. Having a show that has matches between wrestlers of different brands isn’t a bad idea, but maybe WWE shouldn’t obsess over making sure every match represents all the brands competing.

WrestleManias in the early years of the brand split were often defined by their interpromotional matches, but since this is no longer the case, maybe Survivor Series can use this gimmick to stand out. That doesn’t have to mean the equivalent title holders simply face off each year – stories can be built towards matches that can’t happen at any other event. Of course, this would have more weight if the rosters were more stable.

5. The Other Elimination Matches

Survivor Series is the original gimmick pay-per-view — in fact, the first four events featured only traditional elimination matches. WWE decided to add more variety in later years with regular matches, but in 2002 they decided to find a new spin on the elimination theme: the elimination chamber. The chamber match is a fantastic creation, but it is difficult to build to this kind of match organically. The match of course has its own themed event prior to WrestleMania, but it’s positioning between two mega shows tends to weaken its appeal. Survivor Series would make a more appropriate annual home for the chamber.

Other elimination matches could also play a part. Tournaments such as the Deadly Game tournament in 1998 fit well with the Survivor Series theme as they intrinsically involve elimination. Perhaps the biggest card WWE could play in this terms of match types would be to finally bring their version of War Games to the main roster with some kind of elimination rules. In order for Survivor Series to survive and thrive, it needs to strike a delicate balance between honouring tradition and trying new things.

READ NEXT: Why WWE Failed Big Time With Hit Row