5 Ways Heroes of the Storm Cured my MOBAphobia 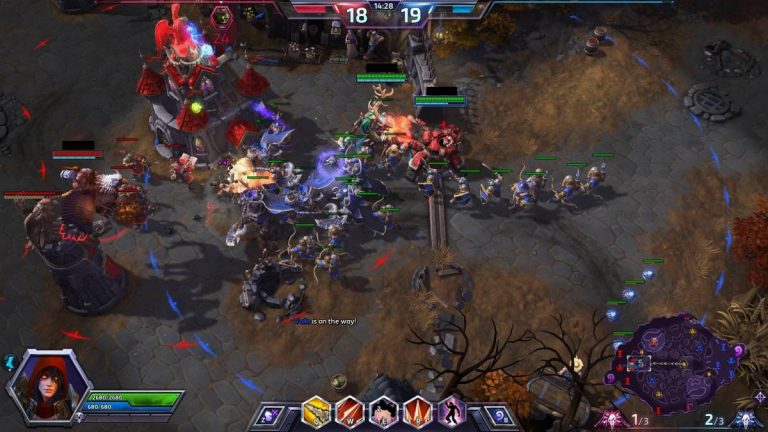 In some respects, MOBA seemed like a dirty term to me. Although I have nothing against the RTS genre – Age of Empires 2 is certainly the foundation of some of my earliest gaming memories – games such as League of Legends (LoL) and Defense of the Ancients 2 (DOTA 2) evoke a sense of unfriendly player-bases and steep learning curves. But perhaps I prejudged them.

Still passionately carrying the burning embers of the ‘Games Should be Fun’, I’ve tended to give MOBAs a wide berth. Even when Blizzard, who tend to have a lubricating effect upon my wallet, announced that they were taking a step into the MOBA market, I was cautious. I did not sit around with baited breath waiting for Heroes of the Storm to come out, but once I took the plunge, I was enamoured. 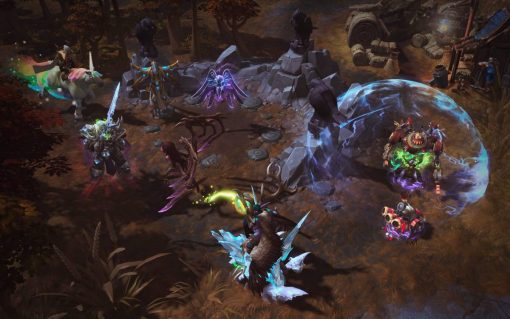 I’ve never climbed a mountain. If someone dropped me off at the bottom of Everest and told me they’d see me at the top, I’d probably throw myself down a ravine just to save myself the agony. Mount MOBA is often portrayed as being punishingly steep, so I was overjoyed to see the inclusion of a comprehensive tutorial at the beginning of HotS. My hand, as well as my keyboard and mouse were gently caressed as I made my way across unfamiliar territory. The simple control scheme and general game mechanics were laid out in such a way that I felt comfortable to jump straight into an online match after it.

Despite inevitably becoming the unskilled and inexperienced burden of my team.

As I have mentioned earlier, I do have a good amount of experience with Blizzard titles. Blizzard is my jam. HotS draws from Blizzard’s repertoire of individualised and memorable characters across franchises such as Warcraft, Starcraft and Diablo. Whilst this obviously allows players to fly the flag of their favourite franchises, it is potentially alienating (not a Starcraft pun) to those who are completely unfamiliar with any of Blizzard’s previous titles. Fortunately, each role – Assassin, Warrior, Support and Specialist – is represented by at least one character within each franchise. Just start with the avatar that appeals to you physically, psychologically or sexually, and jump in.

Despite the delicacy of the tutorial, entering my first game was extremely confusing. Why couldn’t I just head off and kill whomever I wanted? What are lanes? Are secondary objectives really important?

Initially it seems that there’s a lot to take in, with each map offering a variety of side objectives. One map sees teams collecting golden coins in order to pay a skeletal pirate captain docked in the centre of the arena. Once the debt is paid, he will command his cannons to pound an enemy structure into dust. Others include the summoning of colossal golems, taking control of Egyptian laser beams and other features common to your average multiplayer arena.

Much to my surprise, kills are fairly low priority, as capturing a certain objective when your team seems down and out can be a game-changer.

All of these objectives are relatively pointless if you are a lone wolf. When I started my first game, I was eager to force other players to eat my dust. Heading off alone and instantly being put down proved that this was a futile venture. Even without voice communication, HotS allows players to ping on the in-game map, signalling a hasty retreat or inspiring an all-guns-blazing rally. Furthermore, each of the aforementioned characters falls into certain archetypes. Playing as Warrior characters such as Diablo and Muradin, players lead the charge, soaking much of the damage being dealt. Perhaps your level of selflessness is unmatched and you vote to play a Support, providing beneficial buffs and healing to the rest of your team.

No matter your choice, a good variety of classes, as well as strong communication in imperative to players who want to be victorious.

5. Free to Play – With Stipulations

If the term ‘MOBA’ didn’t strike fear into my heart, then ‘free-to-play’ certainly did. Blizzard has chosen to take the free-to-play road, with varying results. On the one hand, Blizzard offers a small selection of characters that rotate on a weekly basis. This allows players to test which characters and which archetypes best suit their playstyle. On the other hand, after finally becoming used to the talent build and abilities of a certain hero, I then lost the ability to play as him. This forced me into a position where I’d either have to shell out my own hard-earned cash, or use the in-game currency to purchase him.

Fortunately, in-game gold is relatively easy to earn, if you play a lot. HotS offers daily ‘quests’ in order to gain bonus gold, and you will soon see your bank filled with money if you commit. Otherwise, you could find yourself paying rather large sums of money for the permanent use of your favourite hero.