Home
Movies
5 Reasons Why You Should Be Excited for Ghostbusters: Afterlife
Movies

5 Reasons Why You Should Be Excited for Ghostbusters: Afterlife

When you consider the legacy involved and the big names attached, you should be excited too. 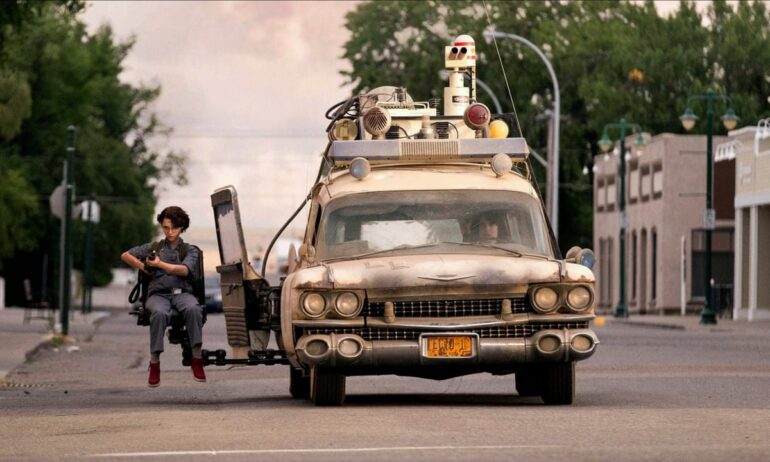 After the massively underwhelming response to the Ghostbusters reboot in 2016, you’d be forgiven for wondering why Sony is bringing out another movie in the franchise, Ghostbusters: Afterlife, just five years later.

Surely the fact the previous release only picked up $229 million at the global box office from a whopping $144 million budget shows there is little appetite for more Ghostbusters stories? Isn’t this new film going to flop like the one before it?

Whether Afterlife is more of a financial success obviously remains to be seen, but the fact that over 18 million people checked out the official trailer for the movie means many are still interested in seeing where the franchise goes next – and they have every right to be.

With a fantastic team both behind and in front of the camera, and an interesting premise that will build on the original rather than remake it, there are plenty of reasons to get excited for this film. Here are five of the best.

1. The Film Is In Safe Hands

Perhaps the most thrilling thing about Ghostbusters: Afterlife is the fact that Jason Reitman, son of original Ghostbusters director Ivan Reitman, has both co-written and directed the film. Reitman Jr is a fantastic filmmaker in his own right, having been nominated for no fewer than four Academy Awards in a career already spanning three decades.

His critically-acclaimed work on 2009’s Up in the Air shows an impressive ability to create an engaging mix of comedy and drama, which is right in the Ghostbusters sweet spot. The original film was consistently fun and had plenty of gags, but still managed to underpin the entertainment with a sense of tension and real, tangible stakes for the characters – something that was ultimately lost in the 2016 remake, which shifted more towards an outright comedy.

Yet having the guidance of his father, who has been credited as a producer on Afterlife, will surely have proven handy too. While the extent of Ivan’s influence on the film is unknown, his deep understanding of Ghostbusters lore and impeccable success with the first film in the franchise – let’s just forget about Ghostbusters II for now – will undoubtedly have helped shape the tone and themes of this story.

It appears Jason has already used this advice to great effect, with his father giving his full seal of approval to the final product. Speaking to Empire magazine, Jason said, “[Ivan] took a test, put on a mask and drove down to the Sony lot to watch the movie with the studio. And after, he cried, and he said, ‘I’m so proud to be your father.’ And it was one of the great moments of my life.”

While the likes of Bill Murray, Dan Aykroyd and Sigourney Weaver rocked up for cameos in the 2016 film, it has been confirmed that the 1984 gang will return as their original characters in Afterlife – promising to play a more prominent part this time around.

The Paul Feig-directed Ghostbusters was a hard reboot of the franchise, with the team behind the camera making an effort to step away from the story of the first two movies in the series. This meant these iconic characters no longer existed in this newly-constructed world, with big names brought back in throwaway side roles for little more than fan service.

Afterlife, however, is pitched as a sequel to the originals, with new characters not only living in the same space as Ivan Reitman’s Ghostbusters but having a direct connection to the original story. It has been revealed that young leads Trevor (Finn Wolfhard) and Phoebe (Mckenna Grace) are the grandchildren of one member of the initial team, with many suspecting they could be descendants of Egon Spengler (played by the late Harold Ramis). This could provide an organic and natural way for old faces to return to the scene without things feeling forced, and could lead to some sweet moments between past icons and new entrants to the franchise.

It’s now been over 30 years since we’ve spent time with the original gang, and Reitman could have a lot of fun delving into what they’ve done and where they’ve ended up. If he avoids bringing beloved actors back into the fray just for the sake of it, and instead gives them key roles in the narrative of this film, things could work incredibly well. There can never be too much Murray on our screens, after all.

As is the case with pretty much everything he’s in, Paul Rudd is easily one of the most exciting aspects of Ghostbusters: Afterlife. From playing side character Mike ‘Crap Bag’ Hannigan in the later seasons of Friends to leading giant Marvel blockbusters as Ant-Man, Rudd is one of the most consistently entertaining actors on the planet, managing to lift every project he signs onto.

His character in Afterlife, Mr Grooberson, will reportedly have an important role to play in the film, the supernatural-obsessed schoolteacher proving key in the youngsters’ decision to start busting ghosts themselves. The idea of Rudd as a goofy yet loveable teacher feels like it is guaranteed to be a hit, with the 52-year-old already showing his ability to combine comedy and sincerity countless times throughout his career.

Scenes from the trailers have already shown he will once again be a treat for audiences, his sheer elation at finding ghostbusting equipment and unbridled joy as he gives a history lesson on the heroes from the 80s proving incredibly charming.

A recent clip of Mr Grooberson’s introduction to the adorably mischievous Mini-Pufts also gave a glimpse of the sort of fun madness that is to come, with the combination of those little marshmallow tyrants and Rudd’s amusing reactions to them going viral over the past week. Disney melted our hearts with porgs and Baby Yoda, and now Sony is on a quest to bring the cuteness with its own adorable mascots. It’s surely only a matter of time until the Mini-Puft Funko Pop! is revealed.

4. There Will Be Scares 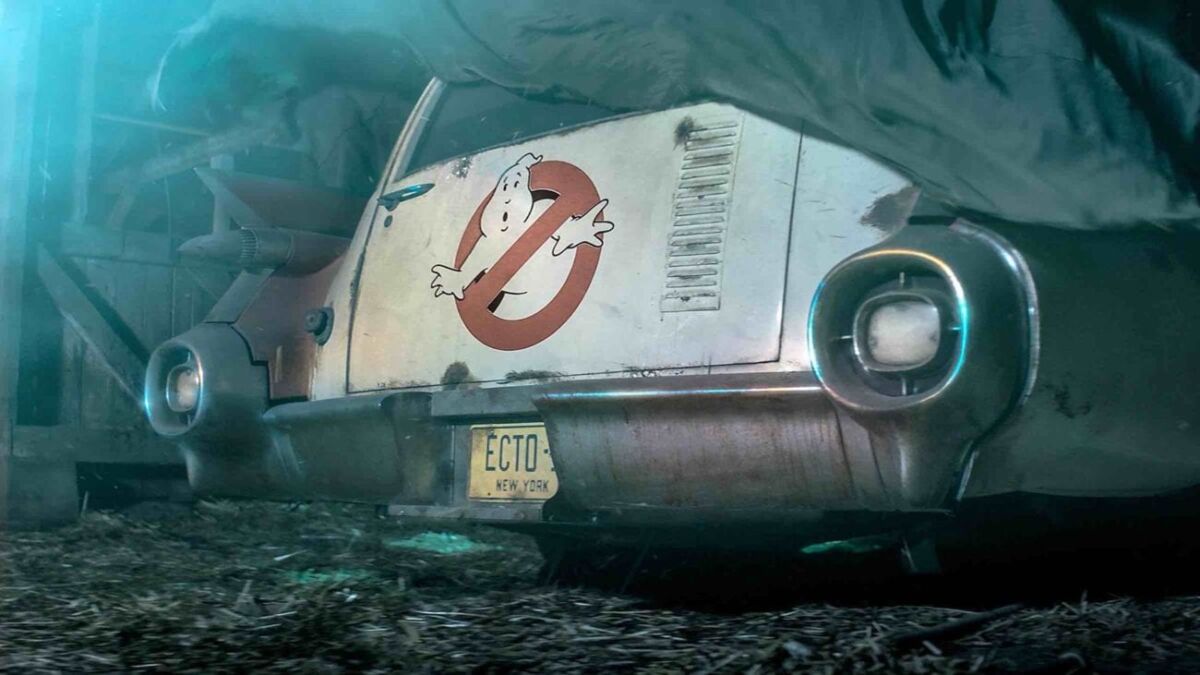 Some of the original’s most memorable moments were undoubtedly its most unnerving, with the creepy ghost scene in the library haunting film fans for generations – including Steven Spielberg, who listed the scene as one of the most effective scares in Hollywood history.

While Ivan Reitman’s Ghostbusters is a consistently fun film, it fully commits to its moments of fear and horror – and Jason has promised to bring more of the same. Speaking of the original movie, he said, “The feeling that I’ve kind of held onto is that while it is very funny, it really scared me. It was really my first experience with a horror film.”

In much the same way his father’s film left a mark on him, Reitman Jr admitted he is aiming to get cinemagoers hiding behind their hands this time around. Don’t let the Mini-Pufts fool you, things will get frightening.

5. It’s A Chance To See A Proper Blockbuster On The Big Screen

Ghosts, action, explosions – and that’s just in the trailers. Afterlife promises to be a full-blown blockbuster event, the kind we’ve all been missing as cinemas have been forced to close around the globe. With vaccines rolling out and some hope finally on the horizon, there is a real possibility this film could open to packed audiences and excited fans – and it looks like a proper big screen experience to go back to.

By November 11, hopefully we can all get the chance to watch this colossal showcase in an actual movie theatre, and check out the pulse-racing action sequences and giant, terrifying monsters as they were meant to be seen. Paul Rudd’s beautiful face in IMAX quality will be worth the wait too.

READ NEXT: The Best Cosmic Horror Movies You Should Watch