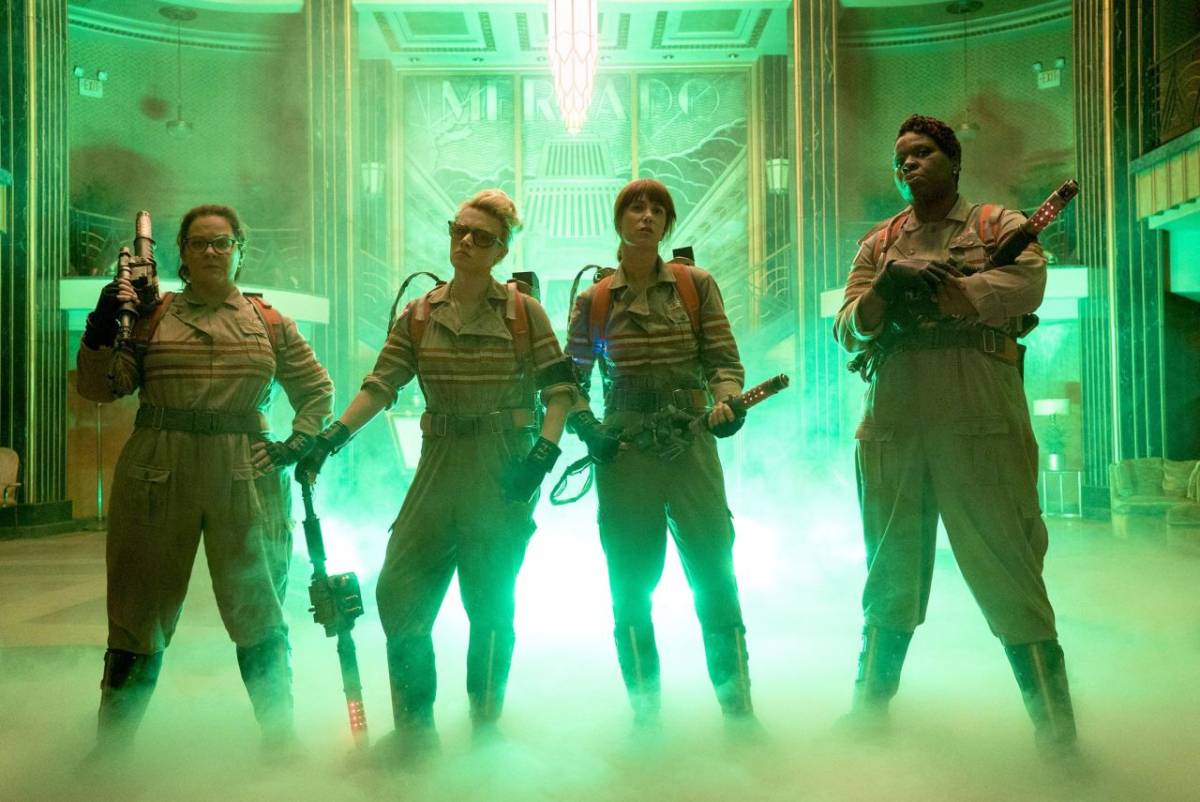 I’ll save you the suspense; Ghostbusters 2016 is a fun movie. It’s made by talented people who give a shit and it made me laugh more or less all the way through. It is not better than the original, but that shouldn’t really matter unless you’re an over-entitled man-baby with no sense of perspective. It has great moments and clunky ones, but it’s doing its best at all times and will make your world a lighter place to be for a few hours.

If ever a piece of celluloid faced an uphill struggle, it’s this one. And yet, against the odds, director Paul Feig and a talented cast have delivered the goods. You don’t really need to worry about the plot, a refreshingly straightforward tale of nutcase-wants-to-trigger-Armageddon-and-only-our-heroes-can-stop-him, so the only thing you need concern yourself with is if the movie as a whole “works”. And it does.

It works best when it does its own thing and steps away from the always-intimidating shadow cast by its source material. A cameo here or throwback there will remind older viewers of the 1984 original but otherwise the new kids are given free reign to do what they will, and it’s a shame they weren’t given more carte blanche; the movie’s best sequences are the ones which are built from scratch.

The new ‘busters are a likeable bunch, headed by the always-wonderful Kristen Wiig. Melissa McCarthy has to reign it in a bit in order to keep proceedings family-friendly (more’s the pity). Leslie Jones provides ample support and Kate McKinnon has a hit-and-miss turn as the obligatory zany science geek. Surprisingly, the entire movie is stolen by Chris Hemsworth, who displays perfect deadpan comedy chops as the lovably thick receptionist Kevin.

A post-credits sequence sets the scene for a sequel, and if the movie does decent enough business then maybe next time we’ll get the looser, more daring film which the cast and crew are easily capable of.

As it is, the finished product will do nothing to win over the haters, but bearing in mind that they’re a bunch of shouty men’s rights activists anyway that probably won’t be any big loss. After all the fussing and fighting, Ghostbusters 2016 is just a movie. Thankfully, it’s also a decent one.