Satan’s Antics: 5 Literary Devils Out For a Bit of Fun

When the Devil himself lets his hair/horns down. 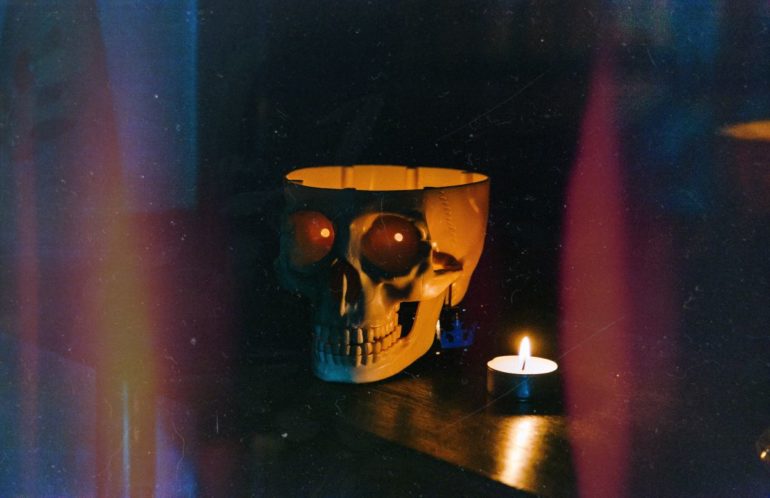 Let us give the Devil his due: he makes one hell of a literary character. Judging from fiction only – in the absence of any inside information – he’s a lot more interesting than God. Any god.

As Satan, formerly known as Lucifer, or as the more junior Mephistopheles, the Devil makes memorable appearances in Dante, Milton, and Goethe. But he’s not one just for the classics. From horror to humour, he horns in on everything, not restricting himself to the written word either. Paintings, songs, movies, games: our culture seems hell-bent on paying regular tribute to the Prince of Darkness.

Surprisingly for one who personifies the very idea of evil – and despite his sickly fondness for pacts and transactions – Satan isn’t always that bad. His many faces range from beautiful angel to horrible monster. The devils in this list fall somewhere in-between.

Not (necessarily) out for anyone’s soul, they just take time off from the fiery precincts to sow a little mischief and have some fun in the process. But, while making merry at the expense of humanity, they find that sometimes the joke’s on them.

Some regard Cazotte’s 1773 romance as a starting point for the fantasy genre. Hardly a masterpiece, it has its briefness as well as a rather funky plot to recommend it.

Young Spaniard Don Alvare, goaded by some drinking mates, succeeds in summoning the Devil. Béelzébuth pops up at the window in the form of a huge camel’s head and, in a thundering bass, demands the young man’s wishes. Alvare, finding courage in effrontery, objects to this on aesthetic grounds. Suspiciously eager to please, the head then vomits a cute spaniel and disappears.

Soon the dog gives way to the attractive female page Biondetta, who sticks to her master like glue.The devilish damsel wastes no time in confessing her love for Alvare and tries her impressive best to seduce him. Though sorely tempted, the young man manages to guard his virtue. He promises to marry her though, with his mother’s consent. That, however, is not what the lady has in mind. Her true nature being what it is, the trip to see mummy proves eventful.

4. The Devil (The Devil’s Storybooks by Natalie Babbitt)

If you feel it’s the right time to initiate the kiddies into the ways of Satan, here’s a good bedtime read for them.

Children’s author Natalie Babbitt chronicles the Evil One’s antics in two slim volumes, The Devil’s Storybook and The Devil’s Other Storybook. Even readers of an advanced age may enjoy the humorous stories.

The Devil disguises himself as a fairy godmother, strives to make a ‘perfect’ little girl lose her temper, fulfils the predictions of an incompetent fortune teller, sends two thieves to heaven to steal a harp (to improve the musical life of hell), and so on.

He’s a complex character, partial to goats and sensitive to churchy words even when uttered by parrots. He likes to be known simply as The Devil and objects to ‘fancy names’ like Lucifer or rude ones like Old Scratch. In the process of making mischief, he does some involuntary good too. Switching a signpost keeps apart two lovers who are better off that way, and taking a young lady’s beauty helps her find true love with an ugly young man. Inspirational stuff, really.

A rather helpless Satan incarnated narrates this novel. That is, if we can take his word for it.

He has taken the body of an American billionaire, the natural thing to do for a 20th century – and, indeed, 21st century – devil. His secretary Irwin Toppi, also hailing from the fiery pit, has an unexpected taste for religion, due to having been a saint in a previous incarnation.

Satan has come among humans to play-act and chosen Rome for a stage.The role is that of the great philanthropist, who after making his fortune from pigs (presumably pork) wants to use it all for the betterment of his fellow man.

The pleasures of theatre elude Satan as he gets more and more involved with his newly human condition. Proof that opposites attract, he falls in love with (the face) of a young woman who bears an uncanny resemblance to the Madonna.

Becoming flesh, he has renounced his supernatural powers and can only recover them by dying. Thus, he comes to be at the mercy of Thomas Magnus, a human being who can teach him a thing or two about evil.

Despite the original premise, this is a serious and even disturbing novel, the final endeavour of an author in the grip of poverty and depression. Exiled from his native Russia and unable to profit from his previous works, Andreyev died in 1919 before finishing the novel.

2. The/ADevil (The Night Before Christmas by Nikolai Gogol)

The devil in this delightful short story is of the tailed, hoofed and horned kind, with a pig’s snout besides. As in many of the folk-tales that inspired Gogol, he meets his match in the person of the resourceful hero.

It’s the devil’s last night for mischief as the church bells on the morrow will send him flying to his den. He seeks revenge on the blacksmith Vakula who painted an unflattering picture of him for the local church. Vakula loves the beautiful and vain Oksana who won’t have him, but the Evil One’s vengeful intentions will prove a stroke a luck for the young man.

The devil starts the night in grand manner by stealing the moon, much as he would steal a hot potato. Then he flirts with a witch who happens by on her broomstick.She’s the blacksmith’s mother and a popular figure with the mature gentlemen of the village.

Used to roasting sinners in front of a warm fire, the devil feels the cold. So, by way of the chimney, he pops inside the witch’s residence for a nice cuddle.Others had the same idea. Choosing not to advertise it, they all end up hiding in sacks, thus setting in motion a tangled plot that will leave the devil happy to get away.

1. Woland and His Retinue (The Master and Margarita by Mikhail Bulgakov)

The Devil’s descent on the citizens of communist Moscow forms only part of this complex masterpiece about a tormented writer, his lover, and the novel he has written. The devilishly funny part.

Satan arrives in Moscow as Woland, professor of black magic, to have a look at its citizens and see whether time has changed them in any significant way. While there, he stages a demonstration of his art that proves rather troublesome for its audience. Heads roll and disappear, get torn off and screwed back on, and that’s only for starters. The Soviet literati, who made the Master’s life a misery, suffer some of the worst outrages.

It’s mostly Woland’s colourful retinue that perpetrates them. Chief among these are the check-suited trickster Koroviev and the garrulous, trigger-happy, vodka-swilling black cat Behemoth, who occasionally turns into a man. The small but fearsome (and fanged) redhead Azazello and the beautiful vampire Hella complete the demonic foursome.

Meanwhile, Margarita of the title sells her soul to the Devil in order to help her lover, the Master. Turned into a witch, she makes some mischief of her own and proceeds to act as hostess to the Devil’s grand ball.