5 Harsh Truths About Being a Writer

Being a writer isn’t a walk in the park. As much as some people may criticise your career choice for being nothing more than sitting at a typewriter and clacking away all day, it’s a profession that not many can say they have enjoyed success with. Whether it’s because they’re lacking natural talent or the right guidance, many writers fall at the hurdles placed before them long before they make it to the end of the course.

I am under no illusions that I am a particularly outstanding writer. I don’t have any degrees, published books or awards, but I know a great deal about the world of writing from my time at the helm of Cultured Vultures. Naively, I thought at the start that I could write 300 word articles and help the website become the next Mashable. After some initial negative feedback, I soon learned the harsh truths about being a writer, five of which you can check out below.

1. You can’t please everyone
One of the very first things you should acknowledge before you step up to the keyboard is that your writing style isn’t going to suit everyone. And that’s okay. If you spend too long trying to appease every single one of your critics, you aren’t going to enjoy writing for much longer.

As much as it might hurt to read a concise comment about how much you suck or an essay on how you need to find another career, don’t instantly think that you have to start over. Take some of that criticism and do some good with it.

2. Not everyone will care
Ever thought that a new article or short story you have published will go viral, making confetti fall from the skies upon you as a sexy person places a crown on your head? You are, sadly, misguided. The internet, and even the world of traditional publishing, is a tough nut to crack. 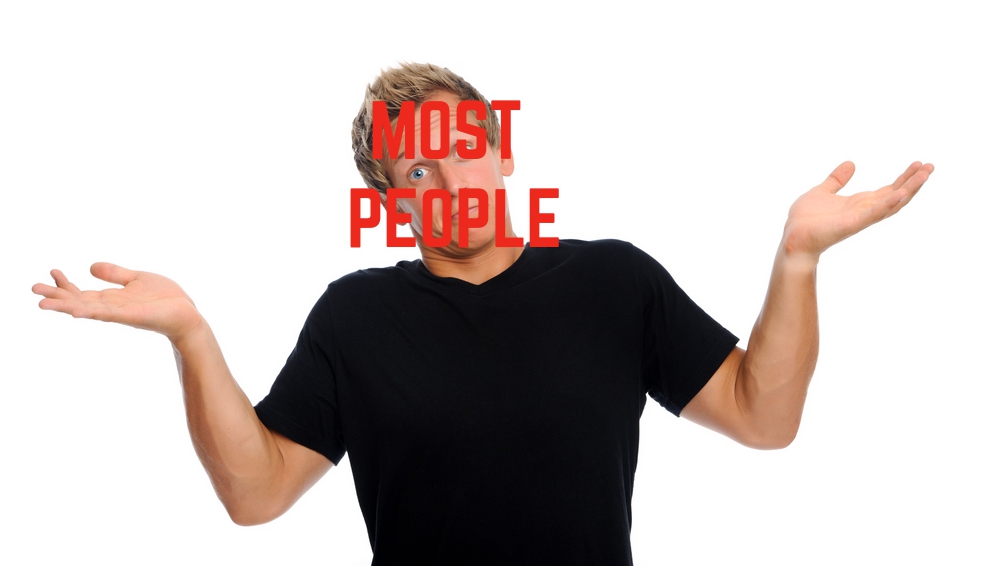 That isn’t to mean you should simply roll over and call it a day. Not even slightly. Work on your social media presence, asks for favours from friends and don’t be put off by not instantly making it big. If you keep at it, maybe, just maybe, you will earn a crown one day.

3. You will make mistakes
Every writer knows the pain of an egregious typo that absolutely ruins the credibility of what you’re writing. I don’t know about you, but once I spot one in any form of publication, I am instantly put off. A proofreader should be your best friend.

Making mistakes extends beyond a simple mistype, too. Supplying misinformation is one of the quickest ways to damage your credibility, so be sure to go further than the first couple of results on Google when conducting research. If a statistic or quote just doesn’t sound right, make sure you fact check again and again until you’re positive.

FUN GAME: I have hidden one intentional typo in this piece. Leave a comment below if you find it (and any other unintentional ones).

4. Money can often be a problem
Despite being over two years old, Cultured Vultures hasn’t been a huge moneymaker for me. Unless you’re a WhatCulture, Cracked or part of large network, earning money through a website that focuses on content is far harder than it used to be years ago. Luckily, Cultured Vultures is an honest passion of mine and it is growing slowly, but without outside investment, it’s funded purely by our lovely readers and advertising clicks. 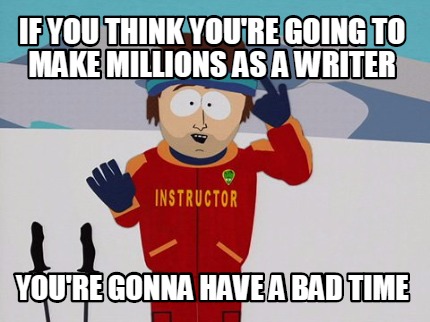 The same principle applies to published authors. There’s no guarantee that your book will make it big, so it might not be advisable to leave your job and take up writing full-time without money behind you, unless you’re absolutely certain that you’re the next Kerouac or Angelou.

5. There are better writers out there
I count myself lucky to have so many talented people contribute to Cultured Vultures, those that far surpass my own writing skills. I never cease to be amazed by the amount of quality, worthwhile content the guys can produce and it’s something that has made we want to grow as a writer.

The quicker you accept that you aren’t the best writer in the world, the better. Self-confidence has its upsides, but not being able to neutrally look at your work and notice its flaws is suicidal. You will also almost certainly never be the absolute best because it’s subjective and changes from person to person. When dealing with criticism, don’t let your ego get in the way of genuinely good advice.