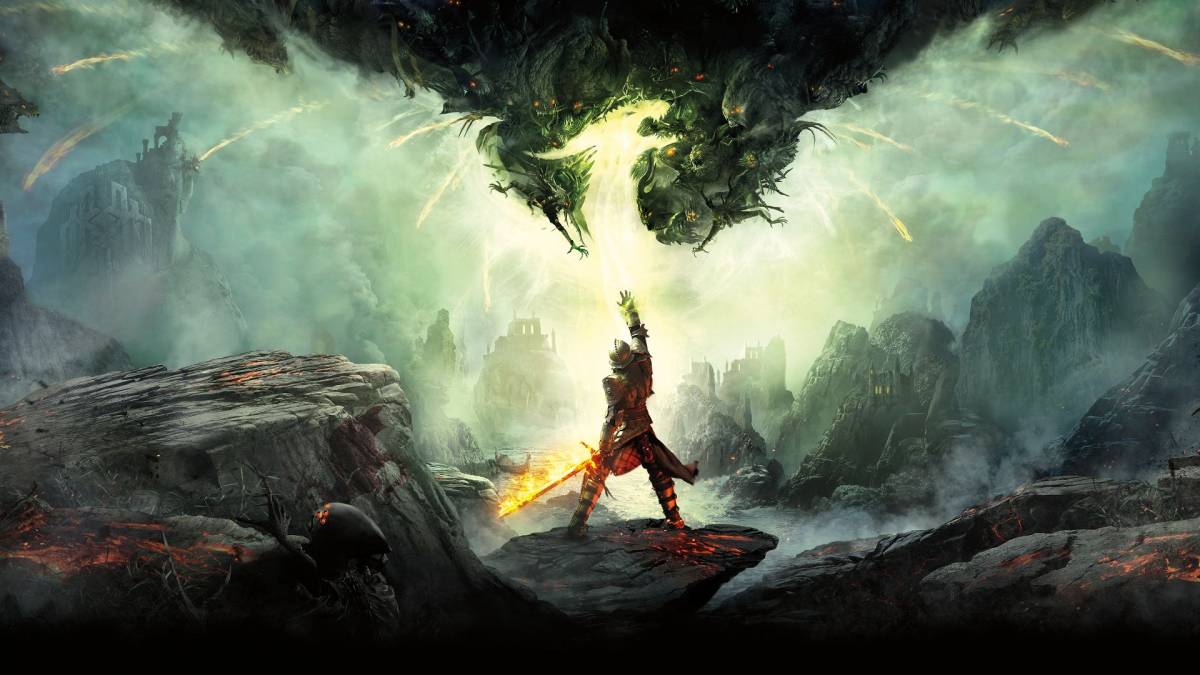 Almost four years after the release of Dragon Age: Inquisition, and there’s only one thing we really know about a potential Dragon Age 4; it’s happening at some point.

There’s been no official announcement as yet from EA or Bioware, and we don’t even have an official name for it. The only things we have to go on are a handful of tweets from Mark Darrah and Casey Hudson confirming that a) it’s happening and b) it’s going to be heavily story focused. Both these things make this fan very happy.

Given the lack of information so far, it’s a fair bet that any potential release date is a long way off yet. In the meantime, the field is left wide open for rampant speculation about exactly what shape Dragon Age 4 might take. I have to entertain myself somehow, other than replaying Inquisition for the seventh time that is. So while we wait for more information about DA:4, here are four things I want to see from the next instalment in the franchise.

1. Some answers to the questions raised in Trespasser 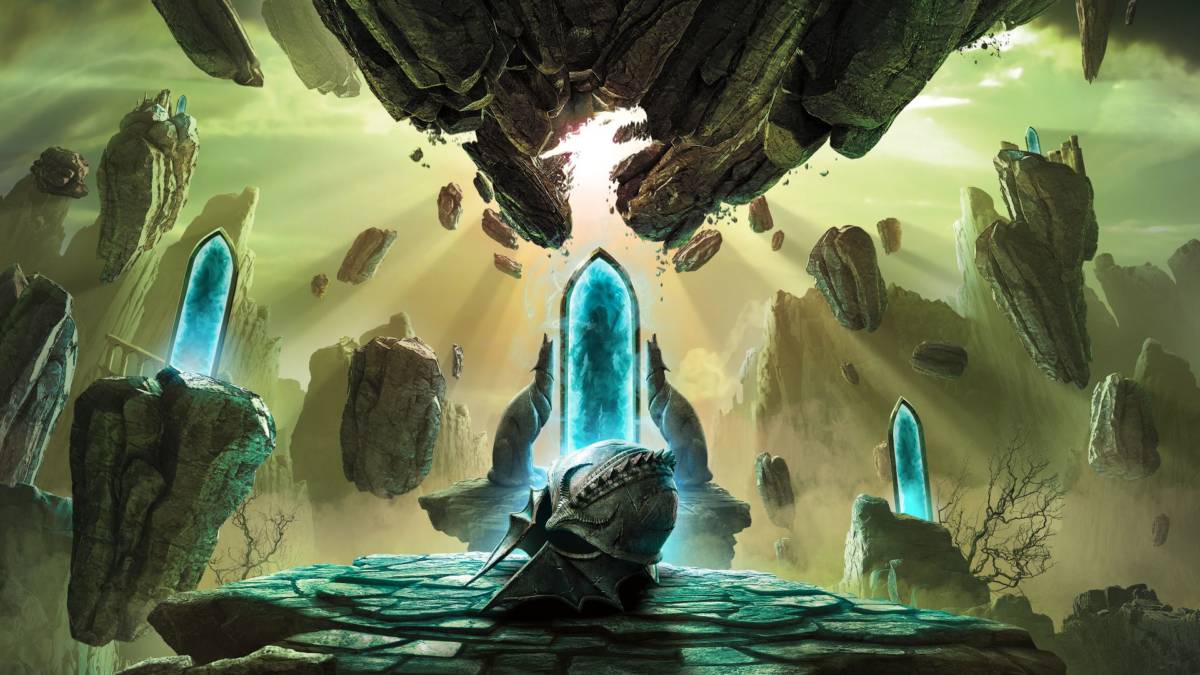 If you’ve played this Inquisition DLC you’ll know that Trespasser ends with some pretty huge revelations that raise a lot of questions about the world-building in Dragon Age. Revelations about what really caused the downfall of the elven empire, the true nature of their gods, the Evanuris, how the Fade came to be and, oh yeah, that Corypheus might not actually be the biggest threat to Thedas.

The DLC ends with the Inquisitor gathering their closest advisers together to set out in search of answers and probably save the world again in the process. Hopefully the plan for Dragon Age 4 will be to follow that adventure and give us some of those answers we need, because I have serious questions about how the world of Thedas came to be and the nature of the Maker and about a dozen other things I want to know. Dragon Age 4 probably won’t answer all of them, but if Bioware do their job well, it should answer enough of those questions to be satisfying. 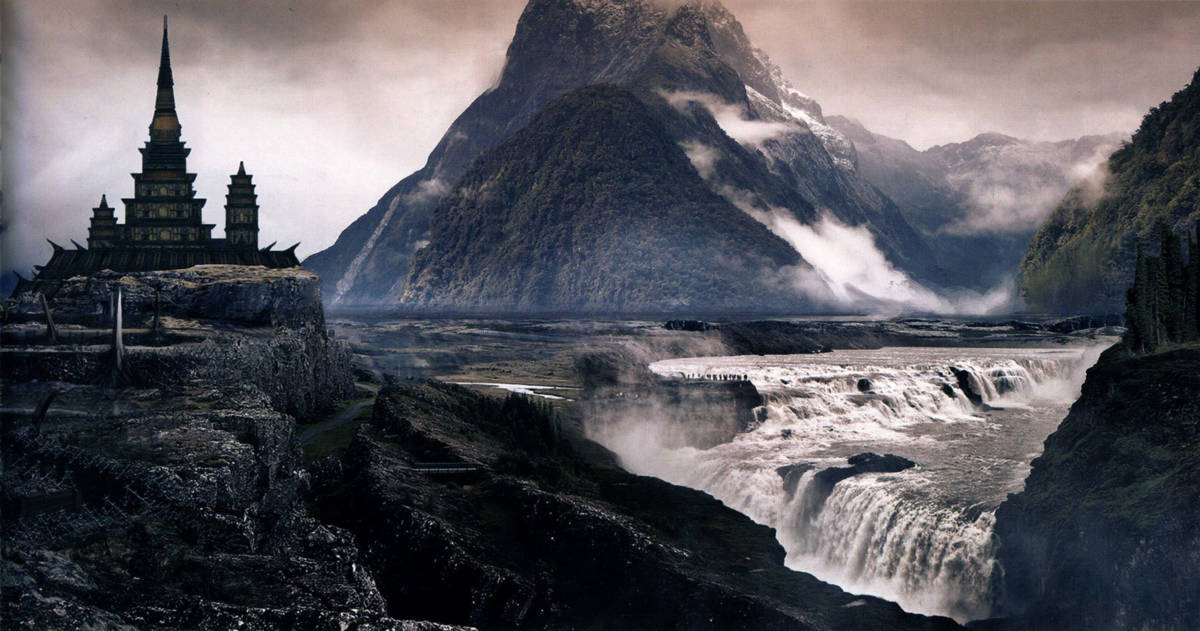 The Tevinter Imperium has spent most of the franchise so far being considered an enemy and a threat to the nations our player characters typically come from, and for good reason. With their penchant for blood magic, slavery of the elves and mage supremacy at all costs, it’s easy to see the Imperium as wholly evil. Especially since a bunch of Tevinter mages were helping Inquisition’s big bad Corypheus to destroy the world.

But not everyone in the Tevinter Imperium is fully on board Team Scumbag, as Inquisition shows us with characters like Dorian and Krem, and there is a complexity to their society that would make for some rich and satisfying gameplay. Add in the fact that Tevinter’s magical might is largely based on stolen elven artefacts and it becomes a logical setting for the story hinted at by the end of Trespasser.

Not to mention that the threat to the world is so big this time that it might require everyone in Thedas to band together if they want to survive. Tevinter, Qunari and everyone else are all at risk from the cult of Fen’Harel, so it would only make sense to set the game in one of the major regions we’ve yet to see. Plus, with DA:4 certainly not coming out until the next generation of consoles is well established, Tevinter settings like Minrathous are guaranteed to look absolutely gorgeous. 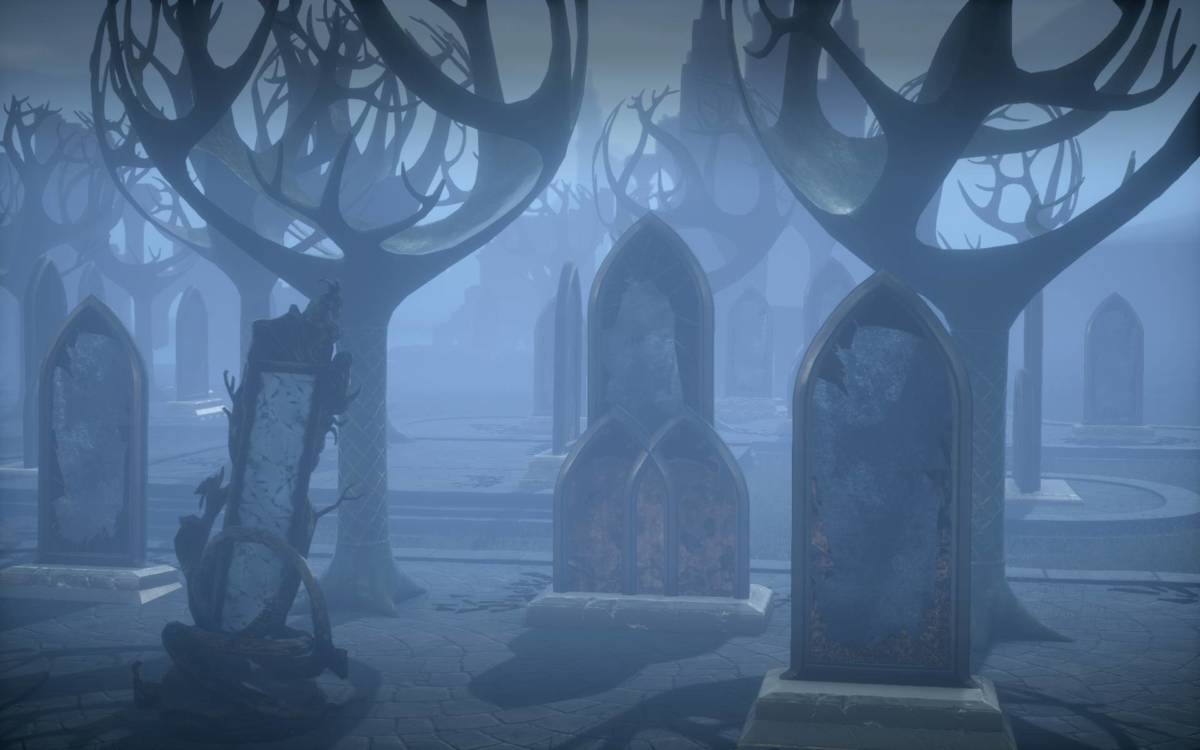 These were something else raised almost entirely by Trespasser, because apparently Bioware decided that the best way to give players important, potentially world-shaking plot was to put it all in DLC. I’m looking at you, Corypheus.

A good part of the action in Trespasser involves travelling through Eluvians (which are basically mirrors that act like teleporters) to ancient elven ruins that have remained hidden for thousands of years. These ruins are central to the plot of Trespasser, and an absolute joy to explore, particularly the elven library that has been fractured in space and requires some serous 3D thinking to explore.

For me, exploring these ruins was the most enjoyable part of Trespasser. Since they’re key to the DLC’s plot, and presumably, the plot of Dragon Age going forwards, I see no reason why there can’t be more of them in DA:4. I look forward to puzzling my way through more of these ruins to piece together the information about Fen’Harel that the Inquisitor and/or their allies are looking for.

This one might seem a little trivial, especially in comparison to the rest of my demands, which are largely centred on world-building and story, but hear me out. The character generation for Inquisition features a limited number of hairstyle options, most of which are… not great. I can’t be the only one who has two or three hairstyles I default to when creating my Inquisitor, no matter what other options I choose. And the facial hair options are… even worse to be honest.

Now, this might not be so much of an issue if those same hair options weren’t what was used for pretty much every single NPC as well. Including a few named characters that are pretty important. It’s kinda distracting during a cutscene that’s delivering important information and it’s hard to fully appreciate the plot twists when you’re busy thinking “that guy has the same hair as my Inquisitor. And the same moustache as the dude that’s helping me.” So please, Bioware, can Thedas get a better hairdresser for Dragon Age 4?

So that’s what I want to see from the fourth instalment in the franchise at this stage. I’m sure as we get more information about the story and characters that are going to be involved other things will occur to me, but that’s pretty much it for now. I know DA: 4 probably isn’t going feature Krem, Dorian and Iron Bull on a road trip across the Tevinter Imperium to find elven ruins with their fabulous hair, but until I’m proven otherwise that’s the dream.

What do you want to see from Dragon Age 4? Is it anything like my list? Let us know in the comments.