The Indies are fascinating this year, but they might not give a great indication of the Oscar nominations. 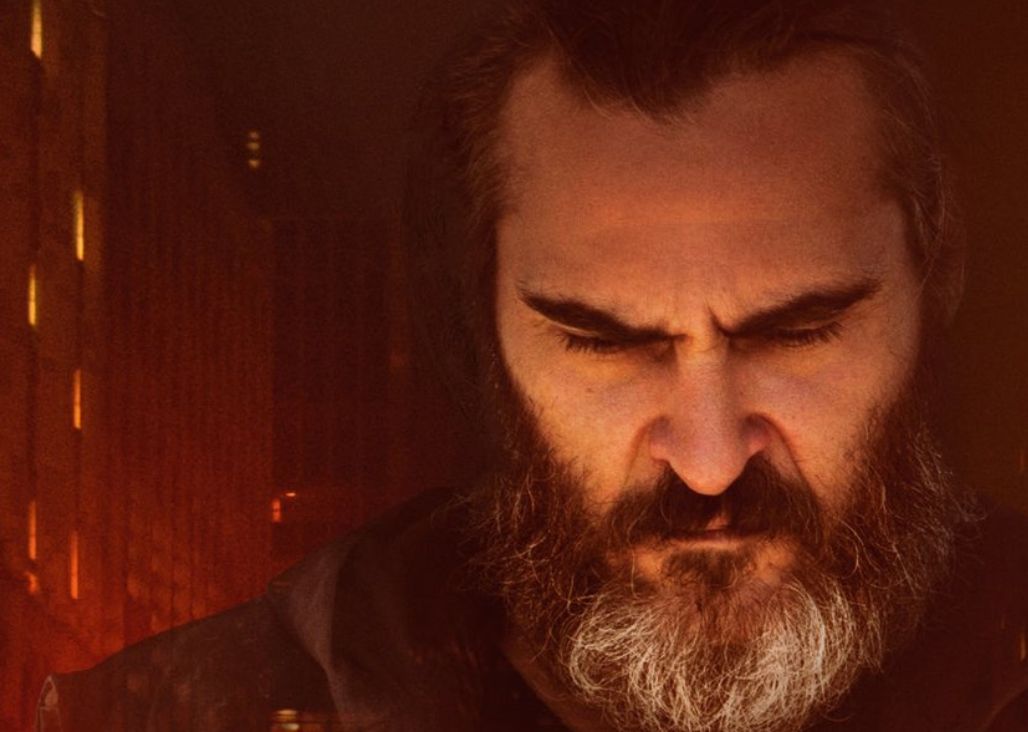 The Indie Spirits have had a recent history of predicting Best Picture winners: 12 Years a Slave, Birdman, Spotlight, and Moonlight have taken both the top prizes at the Oscars as well as here. There was a separation last year, though, when The Shape of Water took Best Picture at the Oscars, and Get Out took home Best Feature at the Indies.

Usually, we see at least a couple of the five nominees at the Indies line up at the Oscars, last year included, but this year we have several independent productions in the mix for Best Picture. These include Roma, The Favourite, If Beale Street Could Talk, BlacKkKlansman, and Can You Ever Forgive Me. Of these five, only one of them made it onto the Indie Spirits list of Best Feature nominees. There is a technicality, however, with Roma and The Favourite, since they were produced outside the U.S., but the other two should have had no trouble making it here, but the Indies really went indie this year. We’ll go down the lineup of this year’s nominees and see where, or if, they will match up at the Oscars.

The nominees here are American Animals, Mid90s, The Tale, We the Animals, and You Were Never Really Here. Looking over the five nominees, none of these films are really in the hunt at the Oscars, and since The Tale is an HBO TV movie, it won’t qualify for the Academy. It’s odd that films in the Oscar hunt, like BlacKkKlansman and If Beale Street Could Talk, who both have a decent shot at being nominated in this category at the Oscars, were not selected. The only film that’s picked up some notoriety with Oscar voters is Mid90s, but that’s a long shot at best for most categories. These will probably not have any effect on Oscar considerations.

The five films here are Madeline’s Madeline, Mandy, Suspiria, We the Animals, and Wildlife. Again we’re not looking at too much crossover here, but having seen Suspiria, it should be considered for most of the tech categories this year. Wildlife is one I had my eye on earlier this year that could have broken into some acting categories, but now those chances are slim to none. Again, it’s odd to see Beale Street not among the nominees here.

Six films made it in this year, and they are Hale County This Morning, This Evening, Minding the Gap, Of Fathers and Sons, On Her Shoulder, Shirkers, and Won’t You Be My Neighbor. I still expect Neighbor to run the table this year across the doc categories, and four of these six were also nominated at the Gotham Awards, so keep that in mind. Looking over the history of docs here at the Indies, we usually see one or two make it at the Oscars as well, so that should be on pace.

Before I get to the nominees here, keep in mind that there is a separate category for First Screenplays, and that’s where one of the more popular indie films this year, Eighth Grade, will compete. The five nominees are Can You Ever Forgive Me, Colette, First Reformed, Private Life, and Sorry to Bother You. Again, there is a distinction at most awards shows between original and adapted material, but of these five I only have two making it in at the Oscars, Forgive Me and Reformed. Two films that I thought would be on this list are BlacKkKlansman and Beale Street, and I think both of them are going to fight over the Best Adapted Screenplay Oscar.

The nominees are Kayli Carter for Private Life, Tyne Daly for A Bread Factory, Regina King for If Beale Street Could Talk, Thomasin McKenzie for Leave No Trace, and J. Smith-Cameron for Nancy. Almost everyone on this list are performers or films I haven’t heard about this year, so that’s a plus for spotlighting some unsung actors. However, we usually see more crossover here, and the only lady in my predictions at the Oscars is King. Leave No Trace is a film that’s really picked up a lot of steam in recent weeks with three nominations here at the Indie Spirits and two nods from Gotham, so maybe we’re all sleeping on that one. Some outside possibilities at the Oscars are Nicole Kidman for Boy Erased and Natalie Portman for Vox Lux, and as far as I know, both of them were eligible for Indie Spirits, and it is a little surprising that they were not considered.

The five supporting men selected as nominees this year are Raul Castillo for We the Animals, Adam Driver for BlacKkKlansman, Richard E. Grant for Can You Ever Forgive Me, Josh Hamilton for Eighth Grade, and John David Washington for Monsters and Men. Now this is the kind of crossover I’m talking about. Grant is almost a lock at this point to be nominated, and if the cards play out right, he could have a path to victory at the Oscars. Like Grant, Driver was also nominated at the Gotham Awards, so I’m considering replacing Daniel Kaluuya for Driver at the Oscars. Josh Hamilton’s nomination is a satisfying one for me, because I felt his work was the best acting performance of the film. The other two are relative unknowns for Oscar chances, though Washington is a dark horse contender for Best Actor for BlacKkKlansman.

Like the documentary category, six nominees are here this year. They are Glenn Close for The Wife, Toni Collette for Hereditary, Elsie Fisher for Eighth Grade, Regina Hall for Support the Girls, Helena Howard for Madeline’s Madeline, and Carey Mulligan for Wildlife. With the exceptions of Hall and Howard, the other four names are ones that are being batted around for Best Actress this year. It’s really odd that Melissa McCarthy, who is very likely to land nominations across the board at the remaining awards ceremonies, was not included here, and she was overlooked by Gotham, too. Another surprise miss here is Kathryn Hahn, who was nominated at Gotham and is in my list of nominees at the Golden Globes for Comedy/Musical Actress. I guess six nominees weren’t enough for these two ladies to be recognized.

We’re back to five nominees in this category, and they are John Cho for Searching, Daveed Diggs for Blindspotting, Ethan Hawke for First Reformed, Christian Malheiros for Socrates, and Joaquin Phoenix for You Were Never Really Here. Like the Supporting Female category, I only have one crossover at the Oscars, Ethan Hawke. I don’t feel confident at all in the other four nominees being recognized any further. A couple of missing names from this list are Ben Foster, a nominee at Gotham, for Leave No Trace, Lucas Hedges for Boy Erased, and legends like Willem Dafoe (At Eternity’s Gate) and Robert Redford (The Old Man and the Gun) left off the list, too. The last three, especially, could have benefited from a nomination here, seeing as they’re losing ground at the Oscars.

For the first time in Indie Spirits history, there are more female nominees in this category than male nominees. That tells you something. They are Debra Granik for Leave No Trace, Barry Jenkins for If Beale Street Could Talk, Tamara Jenkins for Private Life, Lynne Ramsay for You Were Never Really Here, and Paul Schrader for First Reformed. Again, this is a good opportunity to spotlight some underappreciated directors out there. However, when it comes to crossover for other awards shows, Jenkins is the only one I see being a consistent nominee, and even then some are doubting him this year. Schrader is the next most possible, but First Reformed will have to jump a lot of hoops to make it in for Best Director. Evidently BlacKkKlansman did not go over well because I still have Spike Lee winning Best Director pretty much at all the awards shows, and thus far we haven’t seen any evidence of that happening. Also, Bo Burnham has been left off the list for Eighth Grade, which rebounded here at the Indies after a disappointing show at Gotham.

The five films selected as the Best Feature nominees are Eighth Grade, First Reformed, If Beale Street Could Talk, Leave No Trace, and You Were Never Really Here. Overall, these five nominees reflect the films that the Indie voters liked a lot, with Eighth Grade, First Reformed, and You Were Never Really Here all receiving four nominations, and both Leave No Trace and If Beale Street Could Talk receiving three nods. We the Animals also had four nods, and Private Life had three. This is more in line than the Gotham Awards, where films with multiple nominations were commonly left out of the Best Feature category. Again, it would have been nice to see BlacKkKlansman get a nod here, as well as Can You Ever Forgive Me.

The big takeaways from Indie Spirits this year are the smaller known indie films striking hard, films like Eighth Grade are still in the hunt, First Reformed continues to wow, and If Beale Street Could Talk continues to be the only easy-bet Best Picture nominee to be showcased here, where other films like The Favourite and Roma, through technicalities, are left out in the dust. There is a lot of indecision among the acting nominees, and there’s usually a bit more crossover between Gotham and Indie Spirits, but that doesn’t always happen. Bottom line: there’s still a lot that can happen leading up to the precursors.