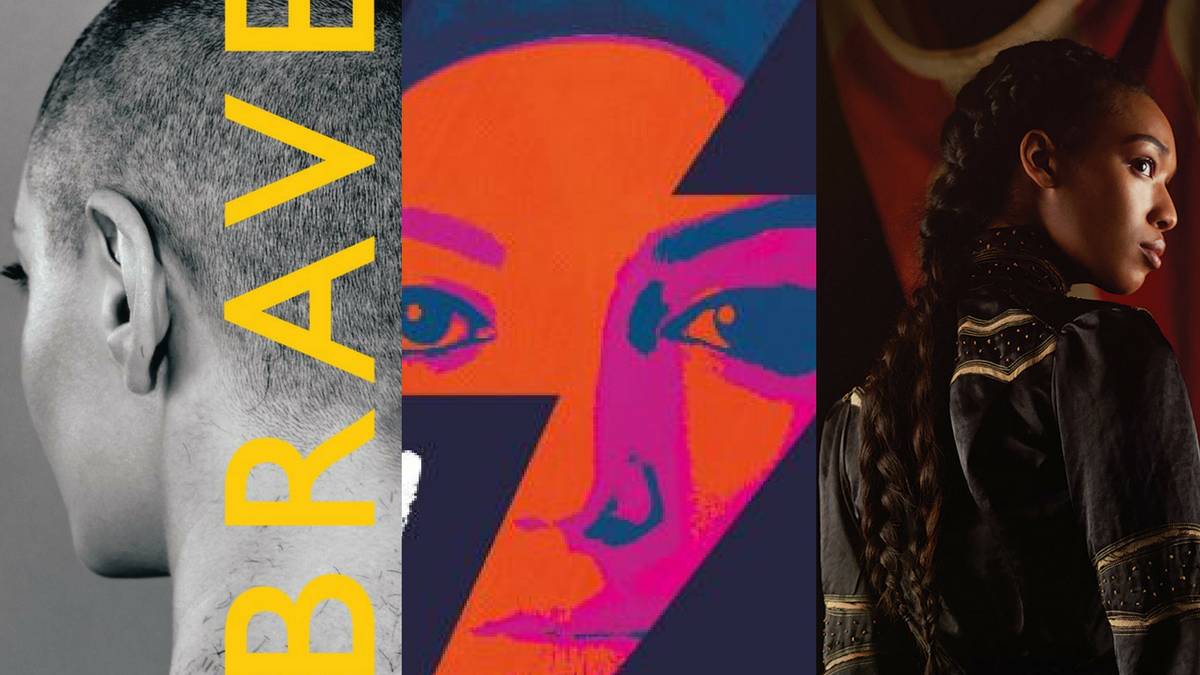 There are a lot of great books due to be released in the coming year. From sequels to debuts, and everything in-between, 2018 promises to be a pretty great year for books. Here are 20 of the most anticipated books of 2018.

I Am Thunder by Mohammad Khan

Fifteen-year-old Muzna dreams of becoming a writer. But her dreams are stifled by overbearing parents who want her to be a doctor. When she moves to a new school and meets Arif, Muzna begins to learn about Islamophobia. But things with Arif aren’t as they seem. I Am Thunder is a brilliant and brave book that tackles questions of Islamophobia and terrorism, and the vulnerability of young Muslims.

The Beauty that Remains by Ashley Woodfolk

Autumn, Shay, and Sasha were brought together by music, but when tragedy strikes, they must each find a way to deal with it.

, promises to be an important, and poignant, tale of love, loss, and healing.

The Night Masquerade by Nnedi Okorafor

The third and last installment of Okorafor’s Hugo and Nebula-winning Binti trilogy. Binti is a sci-fi series set in space about finding yourself and where you belong.

Though its sci-fi elements are literally out of this world, its grounded in themes that are at once relatable and heartwarmng. If you haven’t started reading the series, now’s the perfect time to catch up before The Night Masquerade

Rose McGowan has gained quite a reputation in the last few years for being an outspoken activist. Brave

is her highly-anticipated memoir.

In the wake of Hollywood’s strain of predatory men, Brave is particularly timely, as it promises to expose the truth of the entertainment industry and shine a light on the misogyny still inherent in it.

Mei is a Taiwanese American teen whose parents expect her to be a doctor and marry a Taiwanese boy. But Mei has her own wishes that don’t exactly correspond with her parents’ plans.

is a heartfelt story about the struggles of being Asian-American.

The Serpent’s Secret by Sayantani DasGupta

follows Kiranmala, who discovers on her twelfth birthday that her parents’ fantastical stories might actually be true, and finds herself thrust into a world full of magic.

As a Bengali girl who grew up listening to many of these folktales, I could not be more excited for The Serpent’s Secret!

, is a collection of essays that will collect both old and new work by Smith. The collection is divided into five parts – In The World, In The Audience, In The Gallery, On The Bookshelf, and Feel Free. Each section will challenge us with critical cultural questions that are relevant and timely, and continue on Smith’s legacy as a significant and moving force in today’s cultural and political climate.

If you were a fan of Reni Eddo-Lodge’s brilliant debut, Why I’m No Longer Talking To White People About Race, Afua Hirsch’s Brit(ish)

will probably be right up your alley.

Children of Blood and Bone by Tomi Adeyemi

Children of Blood and Bone might be the best fantasy novel of 2018. It tells the story of Zélie Adebola who lives in a world where her people once practised magic. But when magic disappeared, the ruthless king killed all those who once practised it, including Zélie’s mother. Now, Zélie has the chance to bring magic back, and strike against the monarchy. Tomi Adeyemi’s writing is brilliant, and the world she has created will completely submerge you in its magic and history.

Louise O’Neill has written some brilliant, feminist YA novels. Almost Love will be her debut adult novel. It’s a story about Sarah, who falls for Matthew. But their all-consuming relationship means that Sarah has to sacrifice everything.

O’Neill has written about important topics with skill and poignancy before, and Almost Love promises to be another fantastic novel shining light on an important story.

What If It’s Us by Becky Albertalli and Adam Silvera

Albertelli is the author of acclaimed Simon vs. the Homo Sapiens Agenda (the movie of which will be out in 2018) and The Upside of Unrequited, while Silvera is the author of similarly acclaimed books such as They Both Die at the End and The Upside of Unrequited. Both are brilliant writers of queer characters, which is why their latest joint-effort novel, What If It’s Us, promises to be something great.

Sea Witch is the story before the little mermaid – the story of what pushes the Sea Witch into villainy.

As a big fan of both The Little Mermaid, and villain stories, I’m very excited for this book!

A Blade So Black by L. L. McKinney

A Blade So Black

is a re-imagining of Alice’s Adventures in Wonderland, where Alice is a black teen warrior who must battle nightmares in the dream realm of Wonderland. There have been a lot of re-imaginings of Alice in the past, but L. L. McKinney’s A Blade So Black is diverse and innovative, promising to tell a story that hasn’t been told before.

The Witch Doesn’t Burn in This One by Amanda Lovelace

Amanda Lovelace’s The Princess Saves Herself in This One was an acclaimed poetry collection, that resonated with many because of its exploration of universal themes such as love, loss, and grief with honesty and simplicity. The second book in the series, The Witch Doesn’t Burn in This One

promises to continue exploring important topics that resonate with many.

Not That Bad: Dispatches From Rape Culture by Roxane Gay

Roxane Gay is one of the most brilliant and prolific writers of our time. From non-fiction such as Bad Feminist all the way to her fictional works like Difficult Women.

is a collection of essays about the violence, harassment, and aggression that women face in this world. Not only is it edited by Gay, but its contributors include established writers, critics, and performs, including Ally Sheedy, Gabrielle Union, and Bob Shacochis.

From Twinkle, With Love by Sandhya Menon

Sandhya Menon’s debut novel, When Dimple Met Rishi, was a New York Times bestseller. Menon’s novel was an adorable romcom that had all the sweetness and heart of a Bollywood movie, and characters who were easy to root for.

Her upcoming novel, From Twinkle, With Love

promises to be all of that and more, as it follows aspiring filmmaker Twinkle Mehra navigating love and life as she directs her own movie.

, takes us back to the American civil war – with one major change. When the dead begin to rise, the war changes shape and America is changed forever.

In this new world where the dead walk, Jane is studying to be an attendant. When she gets caught up in a conspiracy, Jane must fight some powerful enemies.

, is a mystery set in Japan, with a hint of magical realism. When Ren Ishida’s sister, Keiko, is viciously stabbed, there are no leads about who the murderer could have been. Ren picks up where Keiko left off, accepting her previous teaching position. Haunted by a young girl in his dreams who is trying to tell him something, Ren tries to piece together their past, and the night Keiko was killed.

A Thousand Beginnings and Endings by Ellen Oh

In this collection of short stories, fifteen bestselling authors reimagine folklore and mythology from East and South Asia. The anthology is edited by Ellen Oh, author of The Dragon King Chronicles, and Elsie Chapman, author of Dualed.

Its contributors include some fantastic authors such as Aisha Saeed (Written in the Stars), Renee Ahdieh (The Wrath and the Dawn), and Cindy Pon (Want). A Thousand Beginnings and Endings

promises to be a spellbinding collection of stories.

Love, Hate, and Other Filters by Samira Ahmed

Samira Ahmed’s brilliant coming-of-age debut is a bold and brave look at the struggles of Muslim Americans in this day and age. Seventeen-year-old Maya Aziz struggles between two worlds. On the one hand, her parents expect her to go to a college nearby and marry a good Indian and Muslim boy.

But Maya herself wants to go to film school in New York city, and finds herself falling for a non-Muslim, non-Indian boy in school. Things come to blows when a suicide bomber with the same last name as Maya attacks hundreds of miles away, turning Maya’s life upside-down. Love, Hate, and Other Filters

is an honest portrayal of Islamophobia, and the reality of young Muslim-Americans.