12 Films You Should See This January 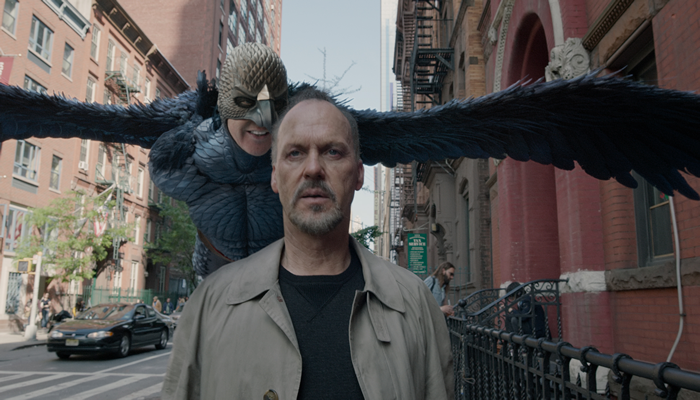 January is jam-packed full of new films, new TV series, long-awaited second series and a huge selection of films and series being brought to Netflix. However, this list of just some of the films out in January will make you want to don actually clothes (not your PJS, you Netflix lovers) and head down to your cinema to enjoy a film on the big screen.

The Theory of Everything

Eddie Redmayne brings so much to his role as Stephen Hawking in The Theory of Everything. Even the trailers brought tears to my eyes (don’t judge, I’m a big softie at heart!). The film takes a close look at the relationship between Stephen and his wife, played by Felicity Jones. Part Biopic, part love story, this film is made great by the strength of its two leads – Jones and Redmayne.

The Woman in Black 2: Angel of Death

I won’t pretend to know much about horror films, I was of those people who screamed at the cinema at the first installment of this film! The second Women in Black takes place 40 years after the original (featuring the lovely Daniel Radcliffe), with a new cast moving into the house, when children start disappearing, Eve (McCrory) teams up with a pilot (Irvine) to figure out the mysterious happenings.

Keaton stars as a washed-up film star in Iñárritu’s Birdman, which is a mix of comedy and psychological tragedy. Keaton focuses on a Broadway play to raises his popularity once more. The film also features Emma Stone and Edward Norton, who both provide great supporting roles.

Liam Neeson returns for the third time as Bryan Mills, who is framed for the crime of his ex-wife and is hunted by the CIA, FBI, and the police. Mills evades police custody to find the real killers and protect his daughter. No one is taken though, apparently, but we’re all going to watch it anyway, aren’t we?

Two Olympic wrestling champion brothers, Mark (Tatum) and Dave (Ruffalo) join Team Foxcatcher, which is led by John E. du Pont (Carrell) to train for 1988 games in Seoul. A film based on true events, captures the troubling relationship between the millionaire and the two brothers.

This may be another film jam-packed with famous faces (Anna Kendrick, Meryl Streep, Chris Pine, Emily Blunt and James Corden) but promises to be fab! Critics are already saying that it is a great adaptation of Stephen Sondhiem’s musical and with a cast this talent, how could this not be a great way to spend a few hours?

Testament of Youth originates from Vera Brittain’s autobiography, of her life growing up into a women during World War I. People who are familiar with Brittain’s story will know that she faced unbelievable horrors during the war but it was unable to break her. It promises to be a fascinating film and stares Kit Harrington, Jon Snow for all you Game of Thrones lovers!

Wild was adapted by Nick Hornby, from Cheryl Strayed’s bestselling memoir, and is bursting with emotion. Strayed (Witherspoon) decides to trek 1000 miles of the desert to try to get over a grief-fuelled drug addiction.

The title of history’s Best Music Movie has been knocking about in regards to Whiplash. It follows the relationship between a young jazz drummer (Teller) and his teacher (Simmons). With great acting, this high-pumped, rock n roll filled piece is not one to miss!

A Most Violent Year

This 80’s crime drama stars Oscar Isaac and Jessica Chastain and is already receiving some good festival reviews. Set in New York in 1981, the city’s most violent year, it focuses on an immigrant trying to build a business but it is set to ruins by the decay all around them.

Colin Firth and Samuel L Jackson in the same film!? Yes, you read that right. Jackson stars as the film’s villain and Firth appears as a deadly British spy. Those British boys are sophisticated, dashing, and they are taking down a bad guy. Time will tell if the film is cheesy or funny, but if you fancy a variation on the spy film then this is for you.

Inherent Vice is a screen adaption of Thomas Pynchon’s novel about LA in the 70’s. Joaquin Phoenix stars as the drug-fueled private detective Larry “Doc” Sportello who trying to track down his old girlfriend, played by Katherine Waterston.