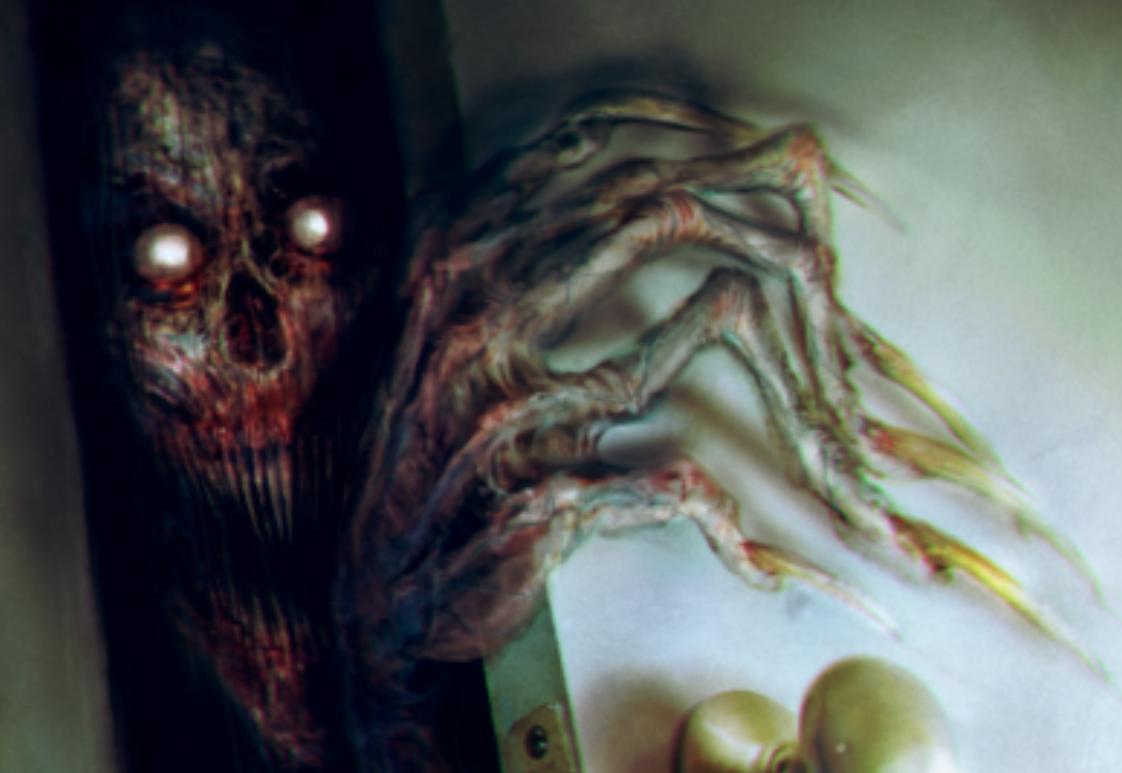 Being a successful writer in this day and age is hard, and the horror genre is no exception to this. With literally thousands of works, ranging from paper copies to the internet craze of Creepypastas, it can be hard to stand out from the crowd. But there are some groups who help to promote these writers. One of which is a company called Chilling Entertainment, and their projects such as the Simply Scary Podcast, and Chilling Tales for Dark Nights. With that being said, from the deepest and darkest parts of the internet, predominantly featuring entries from the Simply Scary Podcast, here are eleven examples of horror stories from talented writers that deserve more attention.

This short form piece by London based writer Darren Totum follows a Scottish man in America, spending his evening having a coffee in an average diner. However, not everything is at first seems, and an otherwise normal night quickly goes sour. Totum writes with eloquent and descriptive language that kept me hooked to the very end, as well as providing a dark perspective from the monsters in the night. Highly recommended for those of you who enjoy a well written tale from an otherwise ordinary setting.

The ‘No Sleep’ section on Reddit is a gold mine for horror, both long and short, extravagant and simple. This piece by user Sam Marduk follows a serial killer who is in jail with a rather unusual sentence, and an element of the supernatural is working behind the scenes to make sure he sees it through to the end. At first, it sounds like a killer’s biography until the last half, where it changes into something more. If you like serial killers and the strange, this is for you.

9. The Shadows Will Get You – Brandon Wills

Originally featured in an episode of the Simply Scary Podcast from the creative team at Chilling Tales for Dark Nights, this short story has two main morals: that perhaps you should take advice from the natives of a place seriously, and be wary of everyone, including your family. Written by Virginian writer Brandon Wills, this short piece about a city girl going out to the countryside sounds cliched at first, but very quickly takes a sharp turn into interesting depths.

A short horror story in a similar vein of horror movie The Babadook, this piece by the content manager of the Simply Scary Podcast follows a young father reading a story to his baby boy, one which he didn’t remember buying. What starts of as a story seemingly about positivity in your self-image quickly turns into a nightmare about a monster in the mirror’s reflection. A great short form piece about a haunted child’s book.

Another piece from the ‘No Sleep’ subreddit, an aspect that I really appreciated about this is that it’s a story within a story within a story. It follows an ex-convict retelling an event from his prison days, when he and his prison buddies crowd into a cell to swap jail wine and tales. Taking a campfire story and putting into the unique setting of a prison on lockdown adds to the atmosphere of this convict’s dark memory.

A truly horrifying and disgusting piece which will give anyone a shiver, especially if you work in the hospitality sector. Featured in an episode of the Simply Scary Podcast, it follows a chef taking his own personal revenge on a god-awful customer, only for it to backfire on him in an unpleasant twist. While scary in of itself, I feel people who have any experience within catering will find this particularly awful.

Internet movements are an interesting thing, especially when done in the name of justice. After a video is posted of a victim of bullying striking out violently against his tormentor, it snowballs as youths across the country respond in kind, killing bullies in a revenge movement. But it doesn’t stop there. Soon, the youths of society are wanting to clean up modern society, one killing at a time.

And now for something a little different. This story follows one of the adventures of Earl and Dale, two truckers who have a little side trade on the go. As they pick up a hitchhiker who leads them to something sinister, this short form piece reads like a comedic version of ‘Supernatural’ with redneck truckers who just happen to hunt things that prey on the innocent. My only problem with this horror story is that it isn’t part of a series.

3. Forget Me Not – Kelsey Donald

Like many of the other entries in this list, everything isn’t as it first seems. This two-part cosmic horror piece follows the protagonist Mal and her boyfriend Aaron as they realise the earth isn’t the same anymore as they struggle to survive from something not of this world. Will this pair be able to find sanctuary from a world that isn’t theirs anymore?

First written as an entry in the horror magazine Sanitarium, ‘Meal Deal’ follows Bert and his wife Dot as they go to explore isolated pubs across Kent on a holiday. However, at their first destination, an otherwise pleasant occasion completely turns on its head. An unlikely tale of men who are more than they first seem.

New York based writer Meagan Meehan is a fountain of creativity: a published author, poet, journalist, cartoonist and produced playwright, she has made many wonderful creations, some of them celebrating our fears. ‘Decoy’ follows two hunters illegally stalking deer late at night, only to find the hunter has become the hunted. Featured in the Simply Scary Podcast, this is a tense parable about karma presenting herself in an unusual way.